This weeks Warbird Stories features the unsung hero of the Battle Of Britain: The Hawker Hurricane: 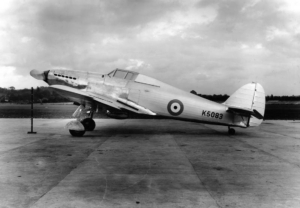 It used the now famous Rolls Royce Merlin engine, developed from the Rolls Royce Kestrel, which powered the Fury line. Construction methods aside, there are clear family lines. There is certainly that familiar tail shape; in fact if you placed another wing above the existing one, the Hurricane would look almost exactly like its elder relatives.

As has been said many times before, the Hurricanes old-fashioned construction methods, while outdated, proved an advantage during the early days of the Second World War. The fabric covering meant that the Hurricane could sustain more damage, and be repaired much more easily than the more modern Spitfire.

The history of the Hurricane is well documented in many sources, so I wanted to mark the types anniversary with a look at the current airworthy examples still flying in this country. 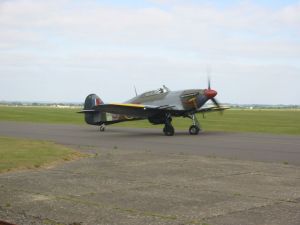 With the cannons removed, it was decided that this aircraft would always represent a Battle of Britain aircraft, while ‘865 represented the later war aircraft. Following a landing accident in 1991, ‘363 was out of action for 7 years until 1998 when the aircraft rejoined the flight. The latest scheme, unveiled earlier this year is that of, JX-B of No.1 Squadron, as flown by Sergeant Pilot Arthur Clowes DFM. 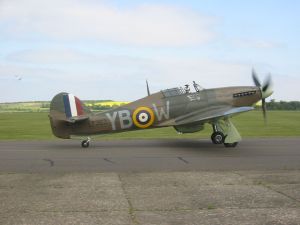 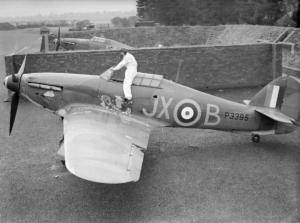 Over the years there have been a number of different Hurricanes operating in civilian hands in this country:

Though currently up for sale, Peter Vacher’s Mk1 Hurricane R4118 G-HUPW, remains the most historic Hurricane in the country. Not only is it restored to immaculate condition, ‘118 is also a genuine Battle Of Britain veteran. The aircraft flew 49 sorties during the conflict.

Over three years, the aircraft was painstakingly restored by Hawker Restorations and made its first flight at Cambridge airport in December 2004. In the following 10 years the Hurricane has been a frequent performer at a number of airshows throughout the UK. The aircraft is currently up for sale; selfishly I personally hope it remains in the UK at least for next years Battle Of Britain anniversary. 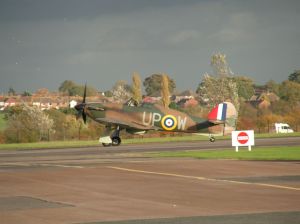 In 1961 the aircraft was transferred to the Shuttleworth Collection. After a number of attempted restorations, Z7015 finally took to the skies again in 1995 at Duxford. It has been a regular performer at Old Warden ever since, earning an impressive reputation for low and close displays over the years. 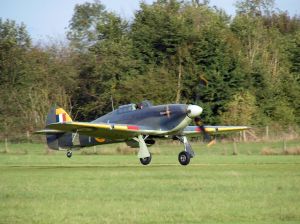 BE505 was, like many of the current airworthy Hurricanes, was built in Canada, in 1942. The aircraft remained in Canada and was based there for the duration of the war. The aircraft is finished in the markings of Manston based BE505 of 174 Squadron. Like the rest of the Hangar 11 collection, the Hurricane is displayed regularly in a very spirited fashion, showing how impressive the Hurricane can be. 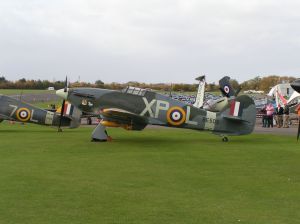 After a number of years based at Chino, AE977 moved back to England, joining the Biggin Hill Heritage Hangar collection late in 2012. Its stand out airshow appearance since returning was undoubtedly as part of the Eagle Squadron tribute at Duxford in 2013. The aircraft has recently been repainted into a Battle Of Britain paint scheme ready for the commemorations next year. 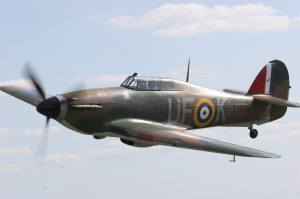 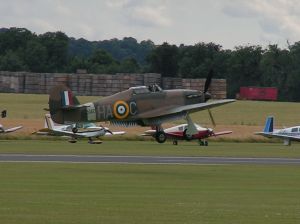 The latest Hurricane to fly in the UK is G-CBOE, first flying in July in a stunning all over silver Rhodesian scheme at Thruxton, the aircraft was soon painted into a temporary Finnish scheme for an airshow appearance In Finland in August. As it stands this is the only airshow appearance by the machine and it has since been returned to the silver painted scheme. The aircraft is currently up for sale.

It is another MK.XII, built in Canada, following a Crash in 1942 the aircraft was declared a write off in 1943. The history of the aircraft is then lost between then and the 1990s when the wreck was acquired for restoration. Initially started by Hawker Restorations, the restoration was completed by Phoenix Aero Services. It is encouraging to see the Hurricane already wearing two distinctive schemes already. 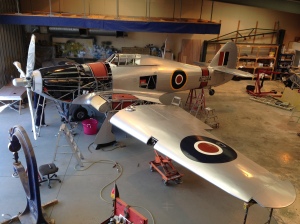 G-CBOE In the all over silver scheme while under restoration. Photo courtesy of Barry Conway. 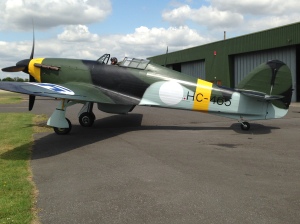 With the upcoming anniversary of the Battle of Britain, as well as the 80th birthday of the type, we will hopefully see a mass gathering of the UK Hurricane population, perhaps exceeding the previous record four ship at Duxford in 2010.

With 8 current flying examples as well as several more nearing completion it is an exciting time for fans of the Hurricane. 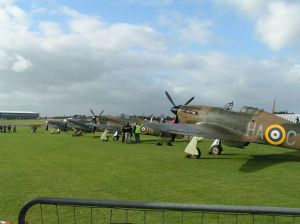 An Impressive line up of The Vacher, Hangar 11, Shuttleworth and Historic Aircraft Collection Hurricanes at North Weald.

Many thanks to all those who provided me with pictures of aircraft I didn’t have.

One thought on “79 Years Young: The Hawker Hurricane UK Survivors”