This week may be a little thin on the ground in terms of the usual Warbird Tails content, so I thought it would be a good time for another short “ramblings” type post.

The airshow season is nearly upon us yet again!

March is always an exciting time in the world of warbirds and airshows, with a lot of the operators and aircraft starting to wake up from winter hibernation as shown very clearly by the photographs from Duxford in the past few days on the various forums. There is suddenly plenty going on around the country.

I posted my “off-season survival tips” way back in October with a few of my ideas for getting through the season and I certainly think I kept to them. Here is how I did on some of them…

I visited quite a few museums I haven’t visited in a good few years, the highlight of which was probably a impromptu day trip up to Lincolnshire to visit East Kirkby and The Battle of Britain Memorial Flight which was especially fascinating as they were in their winter maintenance phase. 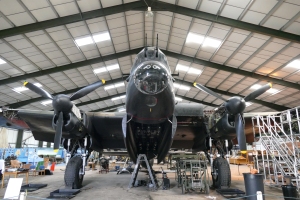 Just Jane under maintenance in January.

I also managed to fit in visits to Brooklands and the RAF Manston History Museum, both sites that I haven’t visited for a couple of years or so which seem to keep on growing from strength to strength. 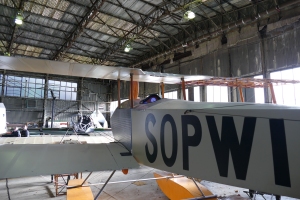 Brooklands is home to a rich range of aircraft, including this Sopwith Tabloid replica.

The Science Museum in London is a wonderful collection of unique and rare aircraft that I always neglect, so it was good to get up there and have a good look round. 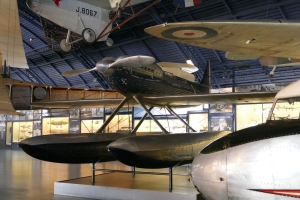 The Supermarine S.6b is just one of the many impressive exhibits on display at the Science Museum.

It isn’t just museums I don’t visit that often that have kept things interesting over the winter, the RAF museums new WW1 Exhibition is a must visit and I thoroughly enjoyed my visit shortly after its opening. The open cockpit night held at the Museum in October was also a great distraction from the lack of flying. 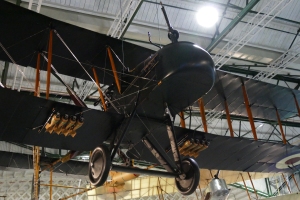 The very rare FE2b hanging from the ceiling in the new WW1 exhibition at Hendon.

Of course there is always Duxford, I visited a fair few times over the winter, trying to chase the Blenheim (always the day after it flew) or AB910 (Same Story!). But as many of you will know, Duxford always keeps things interesting and as the season draws nearer I have no doubt it will get busier. 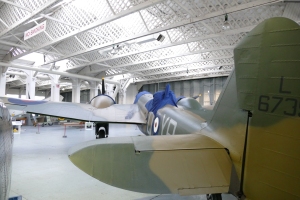 The Blenheim is still awaiting the summer before continuing its test flying.

Another interesting day I’ve had recently was a trip up to Lakenheath to try and catch the A10s. As you’ll see from this post I got lucky and did! First time doing any military spotting, made for a nice change. 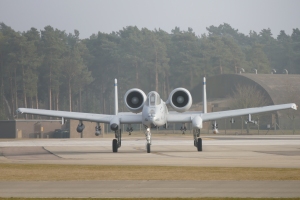 It was certainly a welcome sight to finally get to see an A10 fly!

Well I certainly kept to this! Before starting this blog I wasn’t the most avid reader of books and biographies from the aviation world, tending to read magazines/websites instead, but over the winter in an effort to keep this blog up to a good standard I have found myself reading an awful lot more, there were certainly a couple more books at Christmas than usual!

I also took my first trip up to the National Archives at Kew a month of so back and have already visited again, it truly is a fascinating place and I can’t wait to get a chance to go back. I was visiting incidentally, to research a First World War ace who’s career I will be profiling for a Warbird People post next month, so keep an eye out for that one! 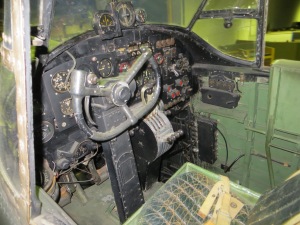 The cockpit of wartime veteran Lancaster S-Sugar at the Hendon open cockpits evening.

I already mentioned the RAF Museums excellent open cockpits night which I attended in October last year, but there was also the wonderful Shuttleworth Collection Engineering Weekend shortly after Christmas. 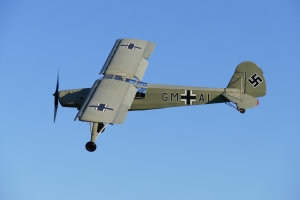 The engineering weekend at Shuttleworth saw an unexpected display from the based Storch.

Since Christmas there has been a host of night-shoots with a few more coming up before the season begins. Most of which I would have loved to attended but missed out on tickets! None the less things have kept busy.

Plans for this year

I think it is this element of my off season survival that has surprised me the most. Most airshow season build up follows the same pattern year on year with nothing too exciting coming about until the season is almost upon us.

Certainly following last years Lancaster news it seemed hard to believe that anything could better such anticipation. Yet it has.

Even before Christmas the new airshow season was starting to look like a cracker, with the announcement that 109E White 14 would be moving to the UK for the 2015 airshow season, the thought of a seeing a Daimler-Benz powered Battle of Britain veteran 109 is a wonderful thing!

Then the moment came we had all been waiting for, the Blenheim finally flew again following a long restoration and now looks glorious in short nose configuration. Bookings are already starting to appear for what i’m sure will be a very busy first season for the aircraft.

No doubt the above pair will be the years headline pullers but there will also be a host of other gems. A Daimler Benz powered 109G/Buchon will be coming over from Germany for Biggin Hill, a Spitfire is coming over from America for the summer and we have a new Yak 3 joining the circuit. All that without even mentioning the return of the Seafire and hopefully the Swordfish. 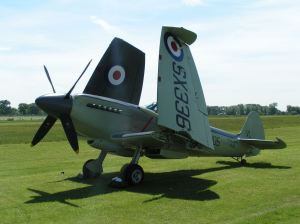 Kennet Aviation’s Seafire is set to make its return to the circuit after a number of years away at this years Abingdon show on the 3rd May.

But for once it isn’t just the World War Two scene getting an injection of stars, the First World War is seeing a big influx as well.

Closer to home we have the Shuttleworth Sopwith Camel which is fully assembled and currently awaiting engine runs, hopefully it will be flying before too long. Personally i’ve never seen a Camel fly so it will be a real treat. 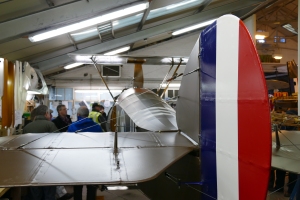 The Shuttleworth Camel is now complete and will no doubt be preparing to fly in the next couple of months.

Then of course, coming from New Zealand to join the BE2s will be a Sopwith Snipe and Albatros D.Va to become a larger part of the World War One Aviation Heritage Trust based at Bicester and Stow Maries.

I’ve almost definitely missed out a few new aircraft in that list above, but the main point is it looks like there are going to be a fair few highlights, without even mentioning the obvious mass spitfire and hurricane events we should start seeing as the year goes on.

On a personal level the 2015 season is going to get off to a great start as, after about 10 years of saying we’ll do it, I’m finally going to La Ferté and what a great line up it looks!

Over the next few weeks, as well as the historical posts and type profiles I’ll start adding some preview post for some of the acts and shows that are coming up this year as excitement starts building for the season ahead!