Friday saw the first day of this years Goodwood Revival, while primarily a motor racing event, the flying display always leaves a lasting impression when looking back over a long season.

The Blenheim soaking up the early morning rays.

The aviation portion of the day has been downsized over the years and now usually consists of two slots on each day. This year I attended on the Friday, flying was provided by the OFMC Spitfire and Mustang pair along with the BBMF in the morning. The afternoon display came courtesy of the Spitfire and Mustang pair, joined by the Fighter Collection’s Hawk 75 and P-40F.

It was a nice change to see the Hawk 75 outside of Duxford.

the displays were carried out in a typically impressive Duxford style.

Flying this year was slightly subdued, with aerobatic manoeuvres removed, though these rarely feature at revival due to the curved nature of the display line. The flying that was delivered, especially by the Duxford machines was excellent. Low sweeping passes across the airfield in pairs and as singletons. There is something about the wide vista of view that is available from the side of the circuit that makes the Goodwood flying displays so memorable.

The static aircraft display on the infield of the event is always a real highlight. The “Freddie March Spirit Of Aviation” area usually houses a wide range of historic and rare aircraft which the public are freely able to walk right up to and look around/inside.

G-CBOE was the definite star of the static area.

This year, with the 75th Anniversary of the Battle of Britain and the upcoming commemorative flypasts taking place early the following week, the Spirit of Aviation area took on a 1940s feel. This display was in fact home to 19 airworthy Spitfires on Friday along with two non-airworthy replicas. These were joined by four Hurricanes and the Blenheim. The only change to this display, aside from a different position on the airfield was that the aeroplanes were roped off, understandable given the combined value!

The recently restored Seafire III was another highlight, showing off its interesting wing fold.

Luckily for those arriving early were able to get an up-close look at the Hurricanes which had not yet been roped off.

As the 80th Anniversary of the first flight approaches in March next year, it was a pleasure to see this replica Spitfire prototype out in the open.

I’ll be posting a fuller account of the Freddie March area in due course as there were some superb examples of these historic types on display. It is safe to say though that the first British appearance of Hurricane AG244/G-CBOE had a lot of people talking, this aircraft looks nothing short of stunning in the all over silver scheme.

The Spirit of Aviation display offered great access to these historic machines, allowing me to get this shot of the Blenheim’s tax disk, from its days as an electric car in the 60s.

As it seems to every year Goodwood once again perfected quality over quantity, a great selection of well flown rare aircraft in the skies and a totally unique and likely never to be repeated static display. 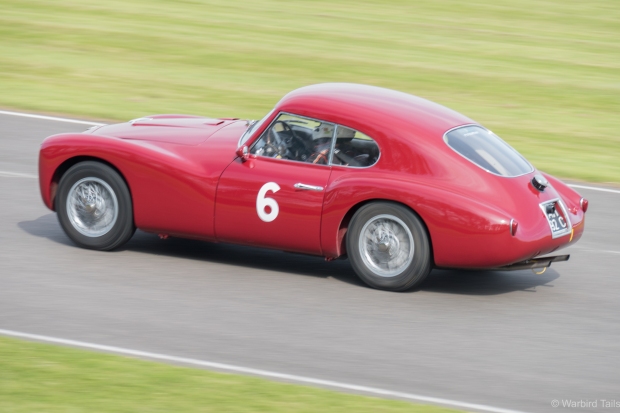 There were even some cars as well!

I haven’t even got around to mentioning the truly impressive experience that is the rest of the Revival. It is unlike any other event I know of and I urge anyone, be they a petrol head or an airshow goer to make a visit next year, you will not regret it!