Rounding off my 2015 coverage of the Shuttleworth Collection shows a little out of sequence is the September “Shuttleworth Pageant” show. The premise of this show is simple, the collection aim to get as many of their airworthy aircraft in the air as possible.

I’ll start by getting the disappointment of the day out of the way, 12 months on from the spectacular debut display in 2014, the Collection’s DH88 was unable to fly in the main display due to engine problems. This was a real shame as the late evening light would have made for a spectacular finale. Though attention has to be drawn to how regularly this machine has appeared in the 2015 season.

The main display started with a banner tow in honour of the Airfield Volunteer Fire Service, who were presented with the Queen’s Award for Voluntary Service for their excellent work following a short presentation.

The first main display of the day came from Peter Teichman in his P-40 “Lulu Belle”, this was Peter’s first appearance at Shuttleworth in 2015 and was well worth waiting for. Lulu Belle has been absent on the circuit since 2013 so it has been a real pleasure to see the aircraft out again this year being put through its paces in fine fashion by Mr. Teichman.

Following on and in contrast to the P-40 was a demonstration from the Eon Primary training glider is always a remarkable sight!

The Eon Primary taking in the sunshine. 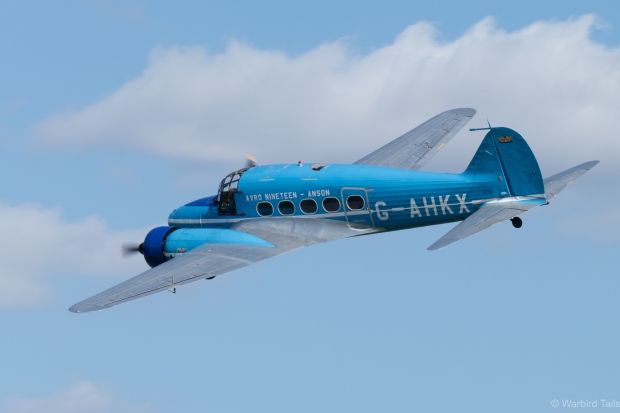 An unexpected pair of Avro’s followed in one of the season highlights for me. A solo display by BAE System’s Avro XIX began the segment before being joined by the collection’s 504. The two aircraft orbited the airfield before joining up for some formation passes, well the two met at the middle of the airfield at least. It was great to get these two generations of Avros in one shot! 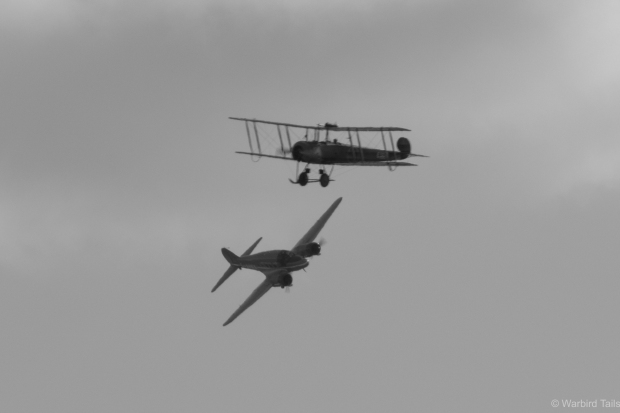 Two great Avro designs in the sky together.

A trainers segment followed with a four ship of Tiger Moth, Polikarpov PO2, Blackburn B2 and Hawker Tomtit. The four machines paraded around the skies in box four before separating into a flowing tail chase. The B2 peeled off and climbed for height as the remaining aircraft circled below, before performing some flowing aerobatics above.

The Battle Of Britain Memorial Flight put in a brief appearance with three flypasts from their Douglas Dakota, a welcome sight to see a heavy over Old Warden.

It’s always good to see the BBMF at Shuttleworth.

It was time for another long-time Shuttleworth segment next, with a step back to the Lympne trials, this routine was led by the Anec II showing off its surprisingly sprightly abilities. A special moment formed the second half of this display with the first public display of two Hawker Cygnets. These two eccentric designs performed a very graceful and sedate routine in the sunshine. 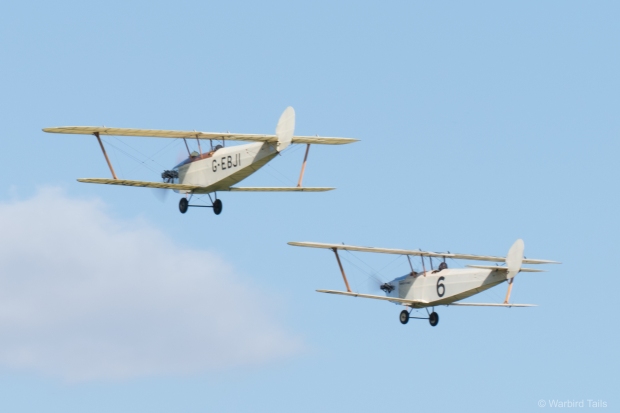 The Cygnet pair put in a graceful appearance for their first display.

Another type which is fast becoming an Old Warden icon is the Percival Mew Gull, the Pageant saw both airworthy examples performing together again. The collection’s original gull was joined again by David Beale’s replica. The latter of which was put through an exceptionally sporty performance with that Gypsy engine roaring out.

The incredible sight of two Mew Gulls against a clear blue sky.

Then came  Mark Jefferies doing things that just shouldn’t be possible in an aeroplane! An excellent masterclass in freestyle aerobatics.

Mark Jeffries in a rare moment of flying in a straigthish line!

It was soon to time to return to WW2 as the airfield echoed to the sounds of the Merlin and Mercury engines of the collection’s Sea Hurricane and Gladiator. Both aircraft performed a wonderful formation routine close into the crowd before splitting into equally impressive solo routines. 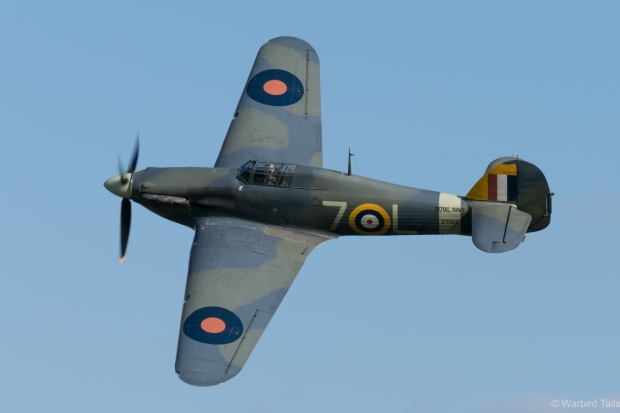 The Sea Hurricane during the display.

WW1 types were well presented, the weather allowed for these special aircraft to perform in the afternoon sun which was a welcome treat. The Bristol pair of F2b and M1C performed in the first slot, with the SE5a and Sopwith Pup performing later in the afternoon.

The Collection’s SE5a looking great in the afternoon sun.

While the Miles Magisters and Piston Provost are regular performers, seeing all three in formation is something I certainly haven’t seen before, a welcome sight ahead of their individual displays.

Training through the ages – The Collection’s Piston Provost leads a pair of Miles Magisters.

The Hawker biplane pair continued the display in stunning light, the Hawker Hind’s routine was cut short after a couple of formation passes unfortunately. However this was more than made up for with a breathtakingly energetic solo routine from Stu Goldspink in the Hawker Demon.

The ever-beautiful Hawker Bi-plane pair of the Demon and the Hind.

The Fauvel Glider will always take an audience by surprise. Just the shape of this type would make it a showstopper but the wonderful aerobatic routines we continue to see make it one of the must see acts at Old Warden.

The Unmistakable sight of the AV36.

While the weather didn’t allow for the Edwardians to come out to play, the plan was for the Comet to take their place, sadly as explained above, the Comet was unable to fly so the mass exodus of visiting types served as the final flying for the day.

While the finale didn’t go to plan it was another very enjoyable day at Old Warden and the chance to see the First World War aircraft in the clear summer sun was fantastic.