As part of this special museum opening, the prototype, W4050 was rolled out at 14:45, the exact time that the aircraft first flew. During its previous time on display at the museum ‘4050 was displayed as it would have looked for that first flight, all over trainer yellow with black spinners.

The aircraft now wears dark earth camouflage on the top surfaces with yellow underneath. The red cowlings stand out on this aircraft and match how this Mosquito looked during 1943, towards the end of it’s flying career. This layout and colour scheme was used when testing the Merlin 70, the new two stage version of the classic Rolls Royce engine. The aircraft actually took its first flight in this configuration in early December 1943, another important anniversary in the life of W4050. 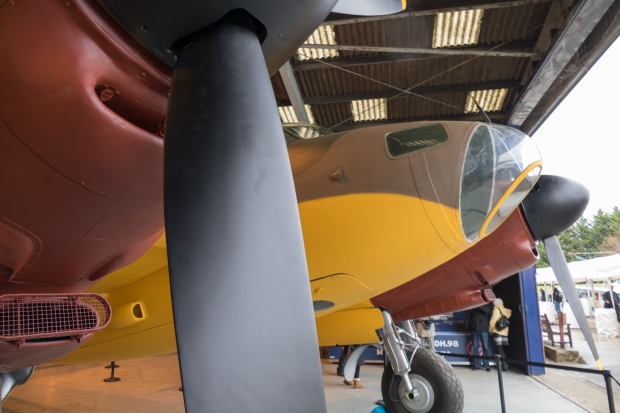 This special event was certainly well attended with plenty of people coming out despite the cold and blustery conditions. It was lucky that the rain stayed away long enough to allow the Mosquito to be rolled out, set to a dramatic recording of the classic “633 Squadron” theme.

The restoration team took centre stage in front of the aircraft and took in a well deserved round of applause. The prototype Mosquito now joins the B.35 and FB.VI in an impressive line up showing the development of this classic de Havilland design.

The prototype’s new look is a credit to all involved in the restoration, every inch of the aircraft looks fantastic and the later colour scheme presents a very different look to that associated with Mosquitos. 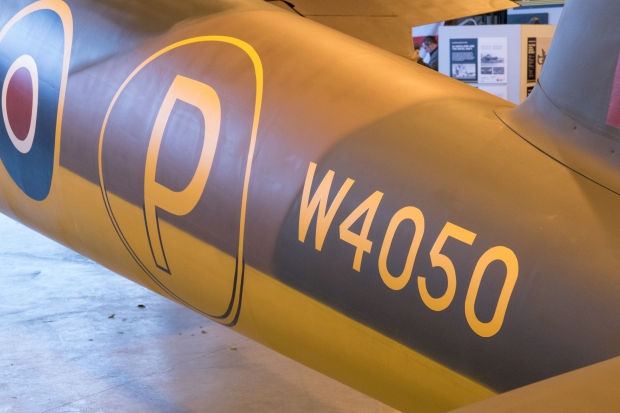 We are all lucky to be living in a time where we are actually seeing a resurgence for the Mosquito, with complete airframe numbers looking to rise as a series of airworthy restorations progress. It is fitting to see the aircraft that started it all getting well deserved time in the limelight at the start of what could be a special few years for Mosquito fans. 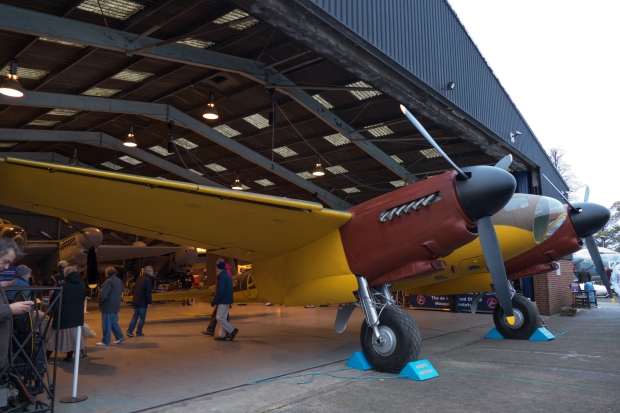 It was great to have the opportunity to share in this historic anniversary at the museum and, despite the cold weather, it was an atmospheric and thoroughly enjoyable afternoon in the presence of a true aviation icon.