As January draws to a close I wanted to introduce a new feature to Warbird Tails, a news round-up of all things historic aviation. For what is usually the quietest time of the year aviation wise there has certainly been plenty of exciting news doing the rounds, with one major disappointment coming to light today. 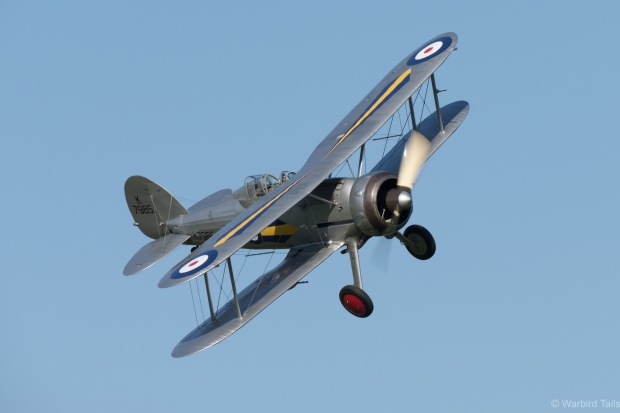 You’ll also notice the new logo at the top of this page and now on the home page as well. This marks the start of some improvements I hope to roll out on the site as the 2016 airshow season draws closer. I’m already looking forward to what will hopefully be a very busy, safe and memorable year.

So without further discussion, here are a few of my highlights from the past week in the Warbird world:

This post appeared on social networks last week from Sywell Aerodrome with a number of exciting shots of the Connie Edwards two seat Buchon, recently sold as part of an historic deal in which Mr. Edwards sold his extensive fleet of Battle of Britain film aircraft. The arrival of this machine for restoration in the UK not only brings the exciting prospect of a third Buchon on the circuit but also the unbelievable prospects of experience flights in the back of a Buchon!

Hopefully we will soon see the two seat Buchon joining these two examples at UK airshows.

The Biggin Hill heritage hangar released some pictures of their new hangar and facilities earlier this week. Giving a fascinating insight into the operations there, including the engine change currently underway on their two seat Spitfire MJ627. It is excellent news to see the Heritage Hangar growing and expanding.

The Heritage Hangar had a great year last year with big events like the Hardest Day flypast adding to their strong reputation.

I’m sure many of you will have already read my review of this excellent mid-winter event held at Old Warden on the 2nd and 3rd of January. The collection recently released this excellent summary video of the day put together by Peter Baughan. Peter was kind enough to ask me to record the voiceover for this piece and lend some words to his excellent pictures.

After the fanfare and excitement of R4118’s arrival at Old Warden in October the new operators Hurricane Heritage have now put together a website along with a Twitter account. The new pages outlined plans for the aircraft as well as a supporters club. Its a good week for Warbird Experience flights too with the promise of fly alongside experiences in the recently acquired Harvard. I am sure I speak for many when I say I cannot wait to see R4118 in the skies above Old Warden and the rest of the UK in 2016.

Old Warden’s pair of Hurricanes making their first appearance together in October. 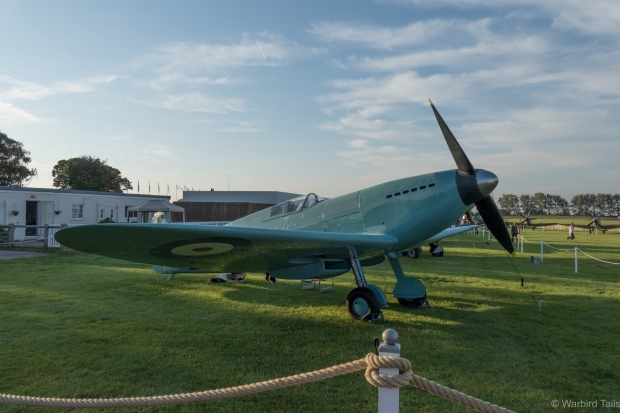 A prototype of the Spitfire prototype on display at the Goodwood Revival last year.

The 80th anniversary of the first Spitfire flight comes around on the 5th March and will no doubt play a big part in a number of shows over the season. It was a shame to read today that Southampton Airport, formerly known as Eastleigh have refused to allow the first flight to be re-enacted at their airfield, not offering use of the runway. This is a real shame as I remember watching the 70th commemorations at the airfield, where the first flight took place. I had hoped to be able to head down to Southampton this year and see a repeat event as an even bigger milestone comes up. Hopefully Solent Sky, the organisers of the celebrations will find an alternative venue and provide a memorable tribute to R.J Mitchell’s masterpiece as it enters its ninth decade.

Coming Up and Recent Outings

After the recent start of the Curtiss series, which has seen a good response, I’ll be taking a break from that design lineage and releasing a history of the Grumman XF5F Skyrocket.

For now I’ll leave this weeks round up with a few shots from a visit I paid to Duxford last weekend, they feature the Fighter Collection’s Hawk 75 as it undergoes winter maintenance. A fascinating look at a classic Curtiss up close. 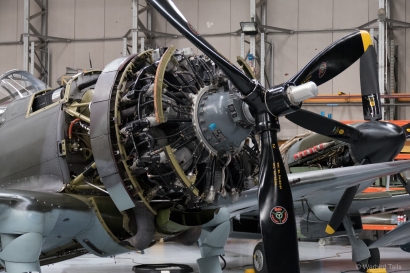