Last week saw plenty of good news for the UK Warbird scene as well as Warbird Experience flights with a couple of new aircraft potentially joining the industry and the Biggin Hill Heritage Hangar expanding.

There was also some good news the United States as well which I failed to mention! 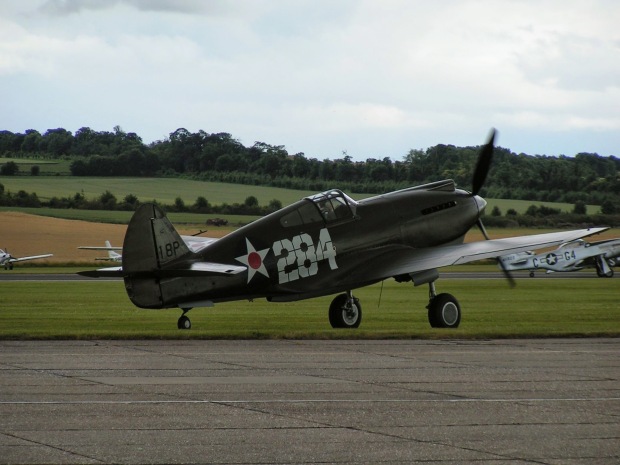 P-40B at Duxford before its move back to America.

A long time favourite on the UK airshow scene, Pearl Harbour veteran P-40B was a common performed during its time with the Fighter Collection until 2014 when the airframe was purchased by the Collings foundation and shipped over to America. Much like the departure of the Hellcat last year the P-40 returning to American seemed like the natural progression for an aircraft with such an important history in the US. Sadly not long after returning to active duty in America the aircraft suffered a gear collapse which led to substantial damage requiring a rebuild. The fighter has now been rebuilt and repainted in a slightly lighter Olive Drab and looking ready to fly again. I look forward to seeing pictures of this aircraft back in the air as it has always been one of my favourite warbirds currently flying.

After many years in store at the Planes of Fame air museum’s satellite field Lockheed VC-121A Constellation Bataan took to the skies again after months of work for a two hour ferry flight over to Chino for full restoration work. It was great to see images of another Constellation take to the skies and the first flight of the type in America for many years. Based on the other aircraft in Rod Lewis’ collection I am sure this aircraft will look incredible once the restoration work is complete. Pictures can be seen at the Planes of Fame Facebook page here.

Back in the UK it has been another varied week in the news with a couple of notable highlights:

An early press release for this years Cosford airshow included a very special announcement. One of the advantages of holding an airshow on the same site as the RAF Museum is that there is the opportunity to have part of the collection on static display out on the airfield. Last year saw the TSR2 take pride of place in the static park. This year will see the Fairy Delta, Bristol 188 and Avro 707 out of the museum buildings. Seeing these experimental jets outside in the sunshine (hopefully!) will be an amazing experience. Especially given the Museum’s recent decision to take the 707 off full time display. 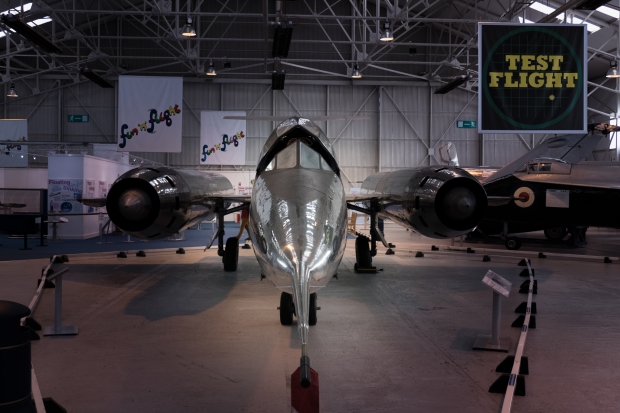 The sight of the Bristol 188 and other experimental jets out on the flightline will be a great sight. 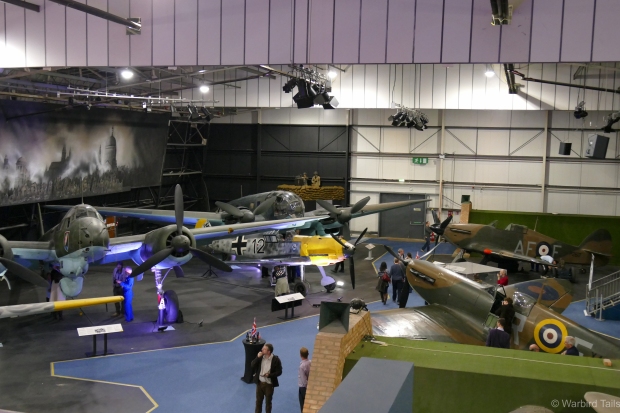 An overview of the hall with the 109, Spitfire and Hurricane on show.

An exciting prospect came with the announcement by the Royal Air Force Museum this week, that they intend to survey their incredibly rare collection of Battle of Britain aircraft. This process will include many of the aircraft being dismantled and having panels opened up, providing some very different views usually not available in such a museum. Work on this process has already begun with many aeroplanes missing panels and the Hurricane has had the wings removed! Following my up close viewing of many of these machines at the open evening back in September, I’m looking forward to getting up to Hendon soon to photograph these aircraft as the work carries on. Recent shots of the work can be found at the museums Facebook page.

A final addition to this post which came to light earlier today is the return to flight of a Mitsubishi Zero. This flight was particularly special as it marks the first time a Zero has flown in Japan under Japanese ownership since World War Two. The Planes of Fame example has been shipped over to display on two occasions but this flight represents a big step for preservation in Japan. The full story can be found here at Warbirds News.

It has certainly been another busy week for airshow and historic aviation news around the world. No doubt this will only pick up as the season approaches. I look forward to seeing what next week brings!