Back in March this year, the American Air Museum at Duxford re-opened to the public for the first time in a little over a year. The exhibit had been closed while extensive refurbishment work took place. This not only included work to the building itself but also restoration work for a number of the aircraft on display. 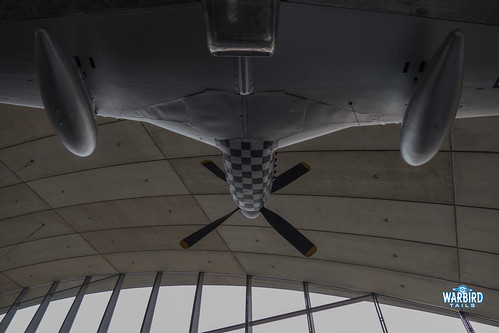 Posts on this blog and on many other websites covered the impressive spectacle of the collection of airframes while on display out of their usual confines of the American Air Museum. 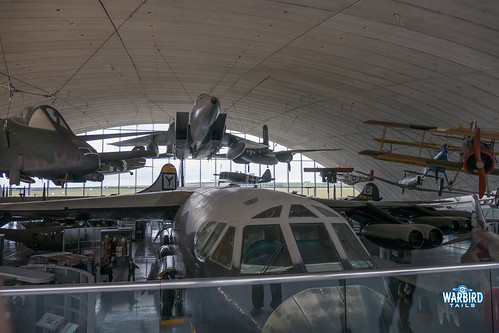 Having watched the exhibits being repositioned over the last few months of 2015 I had been looking forward to getting a chance to look at the refreshed exhibition.

The general arrangement of the aircraft involved had not really changed much since the museum’s first opening over a decade ago, so it was refreshing to walk through the entrance and be greeted to a new vista. 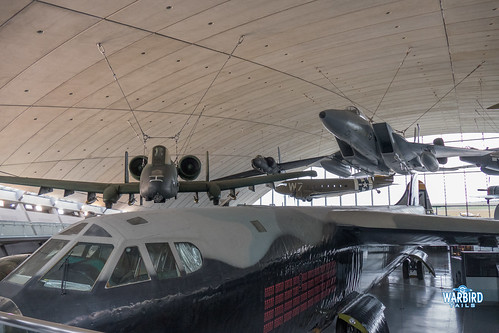 The Boeing B-52 still dominates every aspect of the building, unsurprising given that the main space was built to accommodate this mammoth machine. The display has been brought further up to date with the arrival of the old gate guardian F-15, which is now displayed in flight condition, gear up above the B-52 making for a very impressive sight. The A-10 Thunderbolt II is now displayed to the left of the F-15 providing a much better viewing angle than its old position in the middle of the hall. Continuing on the left hand side, the U2 is now hung at a slightly lower level, offering closer inspection that had previously been possible. 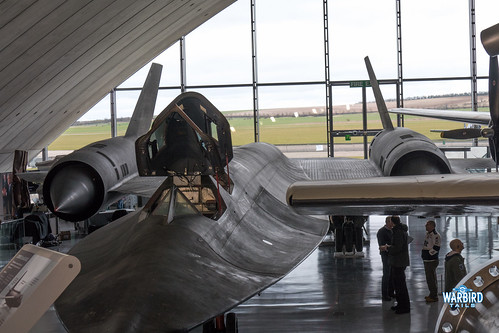 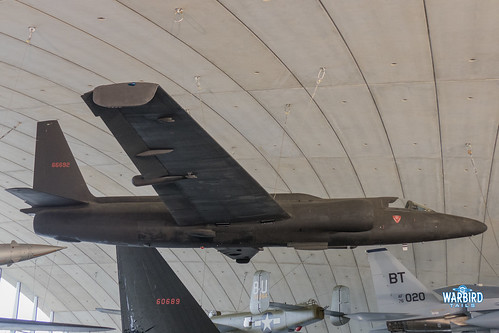 The SR71 Blackbird, another star exhibit has  swapped sides in the display and had its canopies open for the opening weekend. The B29, Huey and F111 complete the first side of the building. 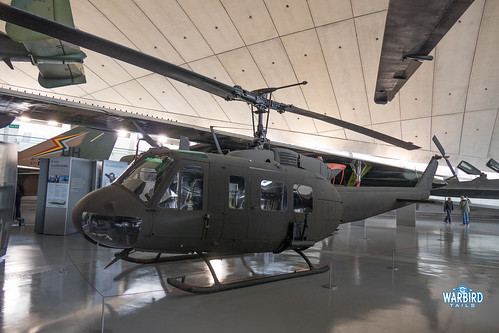 The WW2 section is where much of the restoration work has been completed. The B17 had a repaint a couple of years ago as early preparation for this work and the B25, now hung with its gear up, has been repainted in a US Air Force colour scheme, rather than its previous navy one. Perhaps the most enjoyable use of suspended aircraft I have seen for a while is the positioning of the Mustang (another new addition and superb restoration) and Thunderbolt, both carrying drop tanks, positioned above the B17. Viewed from any angle this is a great display but from behind the set up on the viewing ramp it looks just like the two fighters are climbing out ready for an escort mission. 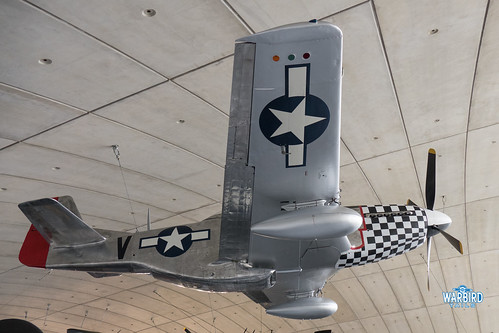 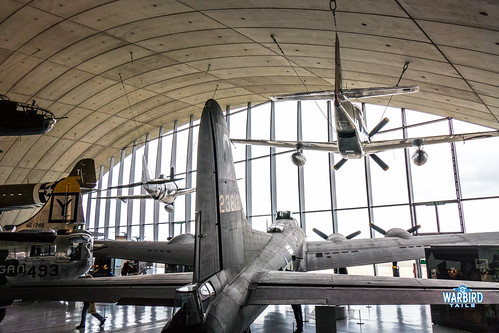 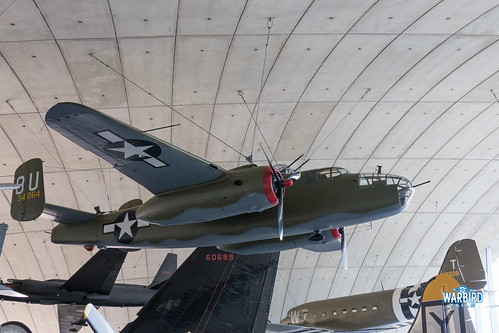 The WW2 section is completed with the B24, which is displayed along with an original crane from the B24 production line, a nice touch. Other Second World War types on show include the C47, Texan and PT17. The sole WWI aircraft on display came in the shape of the Spad XIII replica, which neatly mirrors the F-15, displayed just to its right. 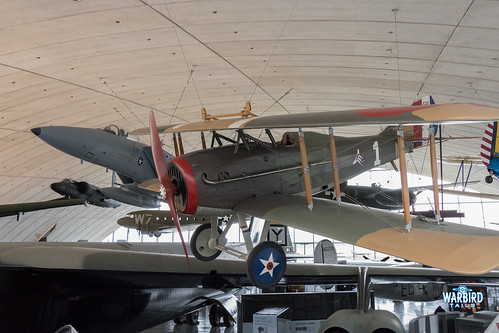 Of course, the aircraft only tell part of the story. The Imperial War Museum team have also worked wonders with the display boards around the aircraft. Each area is now perfectly associated with the aircraft nearby and there are plenty of hands on exhibits and great artefacts for inspection.

Rather than trying to replicate the display style shown in Airspace, Duxford have managed to keep the American Air Museum’s unique charm and presented a great refresh for a much loved exhibition. With recent museum moves such as this and the WWI hall at Hendon, it seems that static museum exhibitions are certainly moving in the right direction. With suspended aircraft being put to very imaginative use, without compromising viewing opportunities.