Flying boats aside Curtiss, and american aviation in general had made very limited progress during the First World War as in fighting and legal action distracted many of the leading figures for the duration.

As outlined briefly in my initial Curtiss post, outlining the rise to success of Glenn Curtiss himself, a number of successful training biplanes known as the Model J and Model N. Following the success of both types Curtiss took the decision to combine both aircraft into the JN series. As the design grew in popularity the nickname Jenny was soon drawn out from the JN initials. The initial design process was carried out by someone with very impressive credentials. Benjamin Thomas, who had previously worked for Sopwith.

in 1914 the US Army issued a requirement for a two seat trainer aircraft powered by a single tractor engine. (propellor mounted up front, as opposed to pusher designs, such as many of the early curtiss machines.)

Initially rolled out as the JN-1, powered by the Curtiss OXX 100hp inline engine, the design was subsequently refined following safety concerns, especially with the JN-2 (pictured below), until the designation of JN-4 was arrived at. 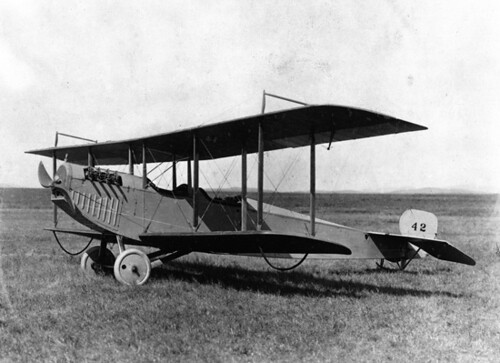 Once the basic, staggered bi-plane design had been settled on the OX-5 90hp engine was eventually the chosen powerplant. This propelled the Jenny up to a top speed of 75mph, nothing extra-ordinary but adequate for a basic trainer. 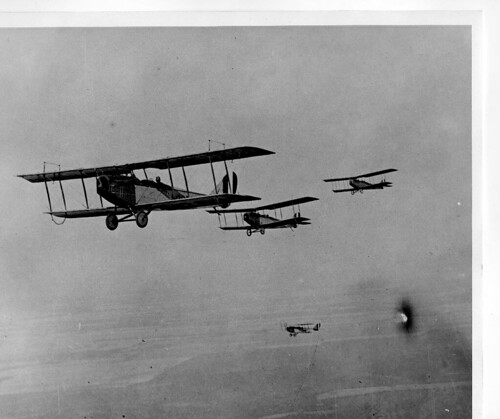 The Jenny is without doubt the most famous WW1 aircraft to come from the united states and was responsible for the majority of US pilot training. It was estimated that 9/10 trainee pilots flew the JN-4 while the aircraft was in service. The aircraft was not purely used for training american pilots either, it saw use with the British and Canadian forces too. Advanced training versions were fitted with machine guns and basic bombing equipment.

While the Jenny had performed well throughout the first world war and performed a vital role in training a nations air force, it was after the war that a new chapter of the legend of the type was written. Thousands of these machines suddenly became surplus to requirements once the first world war had come to an end. Curtiss bought back a huge number of damaged JN-4 aircraft for a fraction of their worth and set about having them reconditioned. The resale value of the Jenny actually remained surprisingly high in the years following the war, with a reconditioned airframe and engine still costing around $5,000, not a mile away from the price the government was paying at the height of the conflict. By the late 1920s however, it was a different story, with some aircraft being exchanged for sums as small as $50-$500. 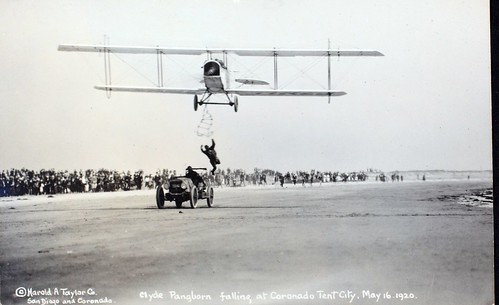 Some airframes saw a new lease of life with the military though, re-engined with the 150hp Hispano-Suiza. This modification meant that the Jenny was able to maintain its role as a basic trainer in many instances. The aircraft also took on the new designation of JN-4H/6H and the Army kept these refreshed airframes in training roles util 1925, when they were all put in for a reconditioning service, from which all airframes emerged as JNS types. These airframes provided training services for the National Guard Aviation Programme. US Army Jennies were withdrawn from service in 1927. 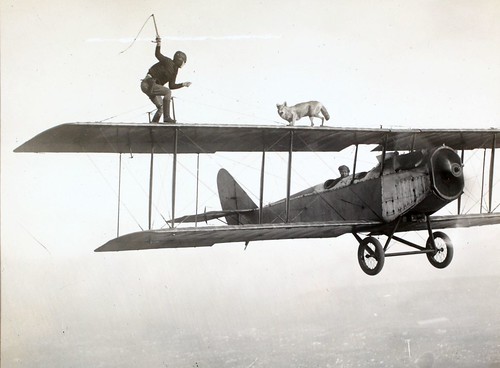 Following the war there were also plenty of, now out work, well trained pilots who still needed to earn a living. This led to a number of Jennys being bought by ex air force pilots and being flown up and down the country in daring displays of wingwalking, aerobatics and barnstorming. Often offering members of the public joyrides in exchange for small donations to their suppers. The memorable and sometimes terrifying looking antics are well documented and would certainly have today’s health and safety executives pulling out their hair! The extensive use of Jenny’s for public performance and joy rides meant that the Jenny was the first aircraft that most of the American public would have ever seen, or certainly flown in. 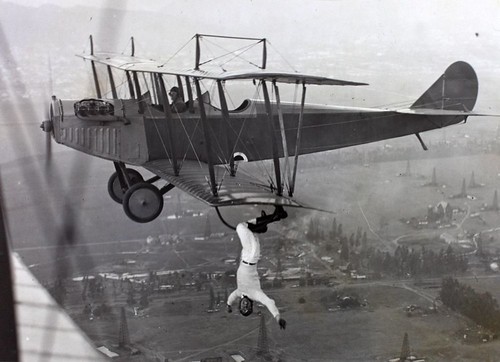 Another interesting aspect of these barnstorming Jennys was that there was practically no legislation covering the modification or airworthiness of civil aircraft until 1927, which led to some very interesting interpretations of the basic Jenny design. These included equal span biplane versions and even parasol monoplane modifications. 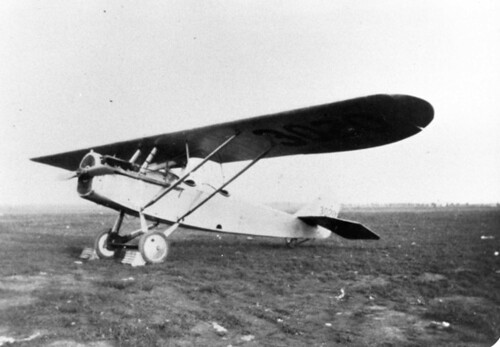 The licensing requirements for civil aircraft that came in in 1927 put an end to the majority of these flyers and aircraft as very few of the remaining Jennys were anywhere near the requirement for airworthiness.

A small number of airframes were kept flying into the 1930s thanks to roles in Hollywood films, often pretending to be various WW1 aircraft that were not available at the time. The Jenny’s demise was such that by 1970s only four were known to still be airworthy an incredibly small number when compared to say, the Tiger or DH60 Moth, (admittedly a more modern type). This number remains much the same to this day. Around 50 original Jenny airframes still survive. 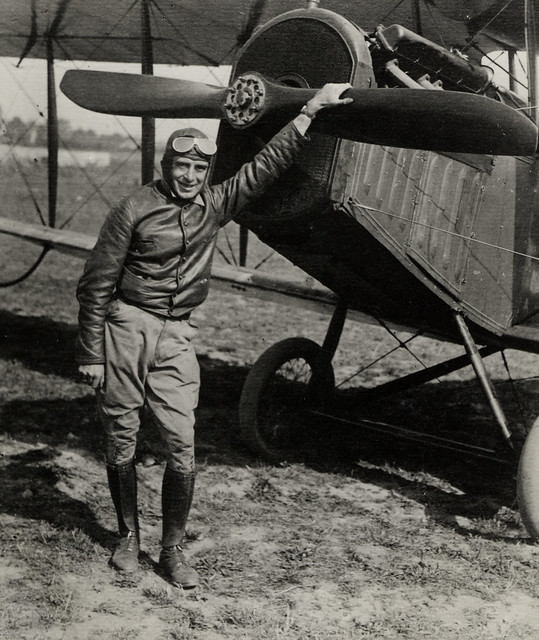 The Jenny also saw extensive use as Mailplanes(above), providing a vital transport need for the Postal Service.

An Icon and Star of a movement

Unlike the majority of aircraft covered on this site that are renowned as iconic, the Jenny didn’t achieve it through startling performance or dramatic combat exploits, it simply gave the American public and military  a freedom and passion they had not had access to before. It provided a safe and reliable trainer for thousands of pilots and provided the public with their first glimpse of the wonder of flight. Without doubt, this low’n’slow trainer has a well earned place in aviation history and folklore, even if it was largely thanks to being in the right place at the right time! 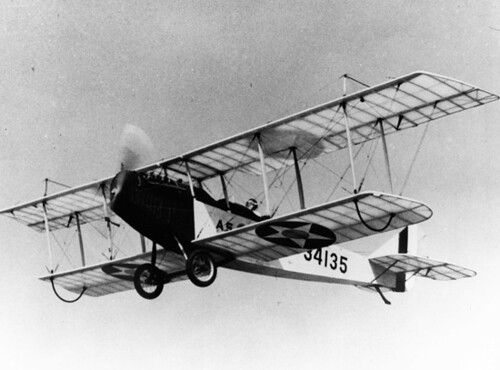 Another chapter of Curtiss’ rich aviation history completed then. The next instalment will take a look at the 1920s designs which led to the highly successful racing aircraft of the 1930s as Curtiss built towards their iconic second world war designs.

A note of credit for many of the images above – the Military Aviation Museum shot is my own, the other images come from the San Diego Air and Space Museum Flickr and Smithsonian Institute as linked within the image.