Well, where to start? This is one airshow that will surely go into the history books. From start to finish this one was straight on the “I was there” list. The Shuttleworth collection team proving once again that if you stick to a well crafted theme you will truly have something special. The list of visiting aircraft alone made for incredible reading with a number of Old Warden debuts or certainly types that have not been seen at the airfield for some years.

The theme of this show was of course Naval Aviation, both British, American and in the case of the elegant MS317, the French. 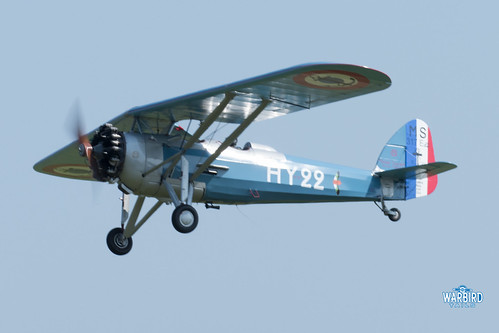 There was a great sense of anticipation on the airfield as many of the star acts had already arrived on the ground. The Royal Navy had supported the show in fine style including a Merlin helicopter, which took pride of place in the public area of the showground. A Lynx arrived later on in the morning as well and completed an impressive Rotary wing lineup. 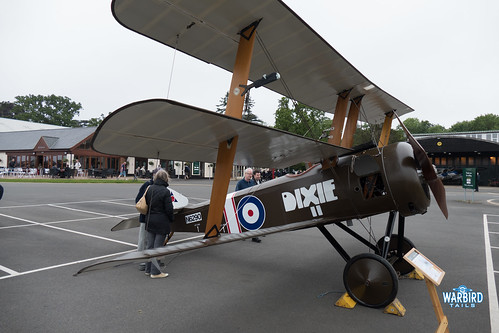 An unexpected sight was the welcome appearance of a largely complete Sopwith Triplane on display outside the blister hangar. This airframe is now looking resplendent fitted with engine, propeller and cowling following a two-year restoration. 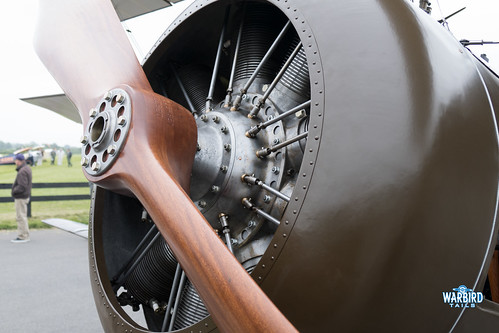 Without further ado, lets move on to the incredible afternoons flying. The weather was nothing short of perfect by the time the show began, a welcome relief as it was looking decidedly gloomy during the morning.

The show was set to be opened by some fast jet action in the shape of Fly Navy Heritage Trust’s de Havilland Sea Vixen. This aircraft has been quite elusive away from Navy shows for the past few seasons and its display was highly anticipated. No-one was left questioning the aircraft’s power and presence as it effortlessly claimed away following a slow formation pass with the collection’s Sea Hurricane. Simon Hargreaves then pulled the Sea Vixen round low and fast for a sweeping climb away from the crowd. The display was perfectly catered to the small venue of Old Warden with some stunning passes “round the bend”.

Special formations were certainly the order of the day as no sooner had the Sea Vixen disappeared from the horizon we were treated to a pass by the Sea Hurricane and Air Leasing’s beautiful Seafire III. Chris Huckstep put the Sea Hurricane through its paces in a fast and low routine before Dave Puleston came in for a graceful aerobatic routine in the Seafire. While this airframe performed at a number of events in 2015 it was invariably as part of a larger group. The chance to see this early incarnation of the navalised Spitfire put through its paces solo was incredible and what a routine it was too!

A welcome tribute to transport and navigation trainers came with the pairing of Avro XIX and Dragon Rapide, both always put on an elegant display at Old Warden. 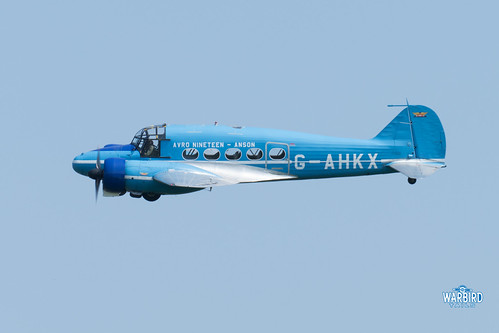 Another first, as far as I’m aware came in the next segment. This featured the first appearance of both airworthy Hawker Nimrod’s away from Duxford. They were joined by the Old Warden based Hawker Demon for a wonderful Hawker biplane trio. The sound of three Rolls Royce Kestrels chasing each other around the summer skies is one I certainly won’t forget in a hurry! 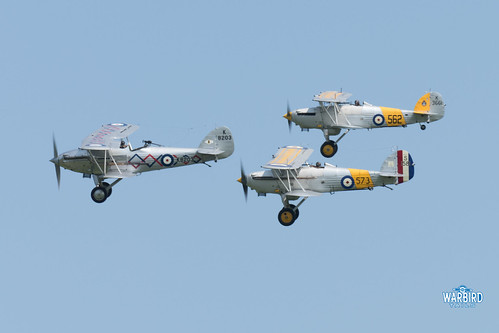 It was then, largely a return to the “home team” for a training aircraft segment. Featuring a formation and tail chase display from the collection’s Miles Magister, DH82 Tiger Moth and Avro Tutor. The 3 aircraft were joined for a couple of passes by the Fly Navy Heritage Trust’s DHC Chipmunk. 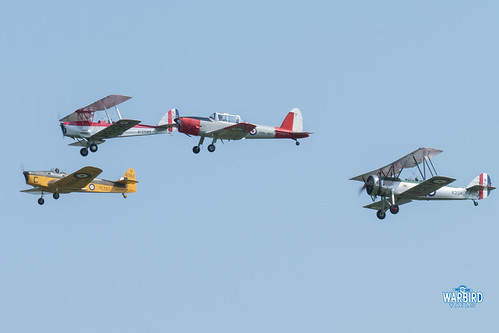 The latter was put through an incredible solo aerobatic routine by Chris Gotke. I certainly have never seen a Chipmunk thrown around like that with tight loops and even a hesitation stall turn, thrilling stuff! 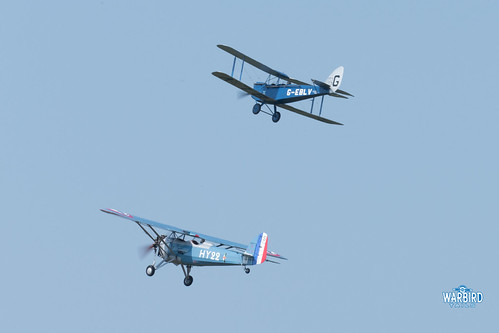 Then came an unusual pairing of DH60 moth and MS617 Parasol. The latter aircraft making its first appearance at Old Warden. It certainly put in a dynamic routine with plenty of steep turns and dives. 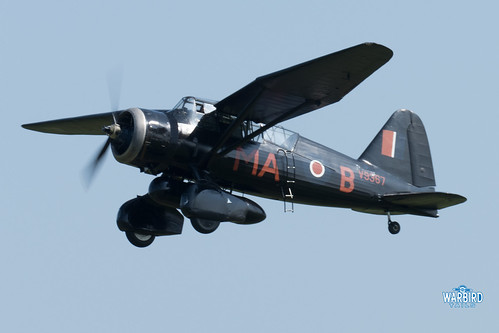 The Westland Lysander, which saw limited service with the Fleet Air Arm during World War 2 was next up, given the crowd a great account of this special operations aircraft. 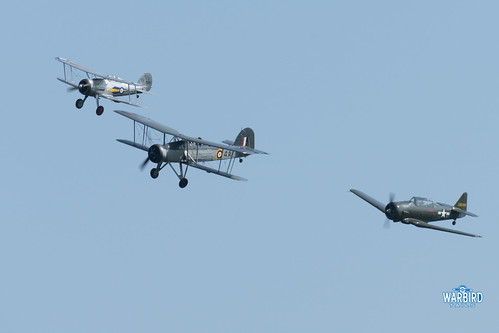 As the Lysander landed it was the turn of another Mercury powered classic to take to the air. The collection’s Gladiator led Kennet Aviation’s Harvard and the Royal Navy Historic Flight Swordfish into the air. It was hoped that the Fighter Collection’s Gladiator would be able to join the show but sadly technical problems meant that this was not possible, perhaps another time! 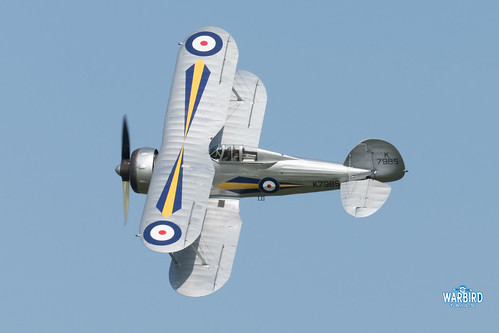 This segment was perhaps the most unique formation of the day, with the Gladiator, Harvard and Swordfish performing a quick pass ahead of the Swordfish’s solo display. Having not seen the Swordfish fly for a number of years it was a real treat to see it display up close at Old Warden. 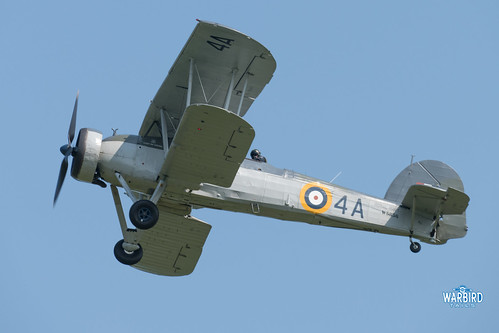 The Gladiator and Harvard returned as a pair for a series of passes in formation ahead of the Gladiator’s solo display. Chris Gotke was flying the Harvard and performed another great aerobatic display in this iconic trainer. 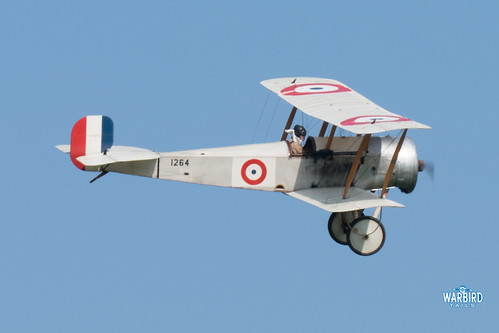 A further step back in time was then taken with the debut of David Bremner flying his exceptional Bristol Scout replica. The sound of the Scout’s rotary engine echoing around the airfield was incredible. The Scout was joined in the air by the Bristol F2b as well. The final WWI type to take to the skies was the Sopwith Pup, a hugely important type for the Navy of course, being the first to take off and land form a moving deck. 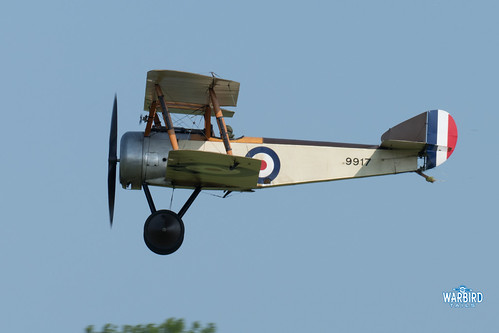 Then came the real highlight of the day. The chance to see the Fighter Collection’s naval heavies away from Duxford is very rare these days and as such was treated with some anticipation. It was possible that they might not live up to expectations on the day. There was no need to worry. 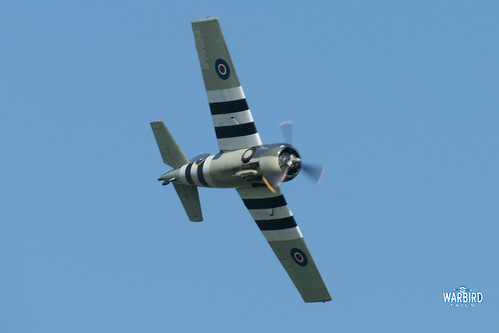 Starting with a low-level fighter sweep across the airfield the Corsair, Wildcat and Bearcat set the tone for the 20 minutes or so. Immediately after the first pass Dave Southwood pulled the Wildcat up into a towering reverse half cuban before giving a masterclass in high energy warbird aerobatics. Low passes, using perspective to seemingly duck behind trees and providing plenty of noise. 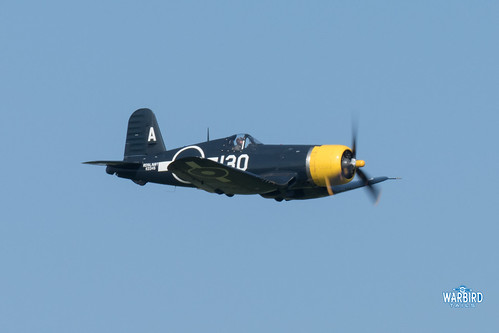 Next came Pete Kynsey with a precise aerobatic routine in the Corsair, with flowing loops and barrel rolls along with the trademark 8 point hesitation. It was Brian Smith who closed the solo segments with a real assault on the senses in the powerful Bearcat. Low level sweeping passes, glorious rolls and towering loops, big piston flying at its undoubted best. 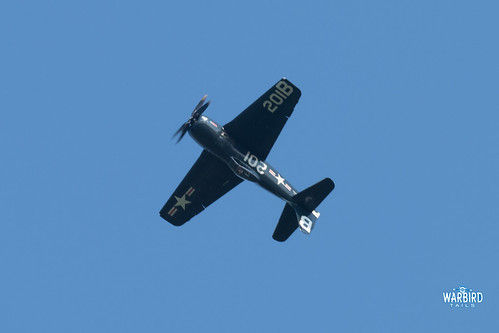 Surely as fitting a finale as you could think of? There was still more to come. Following the Fighter Collections assault on the airfield they rejoined as a three ship to lead a small balbo around the airfield. Both Nimrods and the Sea Hurricane had got airborne while the Duxford fighters were displaying. The 6 aircraft performed a series of passes in formation bringing the days flying to a close. 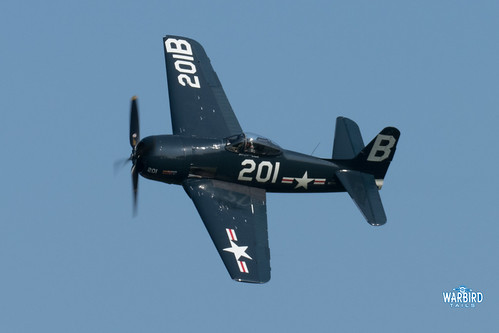 I’m sure you can tell from the tone of this review that this show was nothing short of perfection. This is a line up that even last year would have been a complete fantasy, an enthusiasts dream, yet Shuttleworth managed to pull it off. Incredible scenes from a venue that just keeps delivering.