The Edwardian Pageant looked set to be another highlight of the 2016 season and build on the excellent run of shows that the Shuttleworth collection had put on so far this year. The planned line up included what must be a record number of WW1 Replicas and originals as well as a planned full line up of Edwardian aircraft. 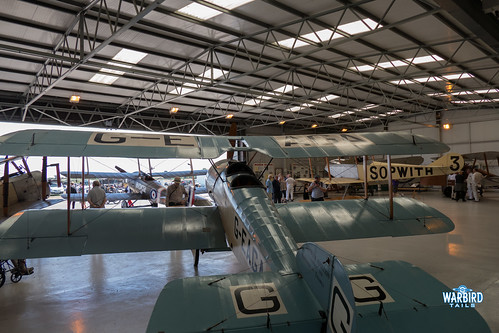 Sadly, despite having had plenty of luck in the first few shows of the year, Old Warden faced high winds all day long on the 7th August, which meant that a major proportion of the planned line up were unable to fly. This meant that aircraft such as the Albatros, Avro 504, Fokker Triplane and of course, the Edwardians were unable to take to the skies. 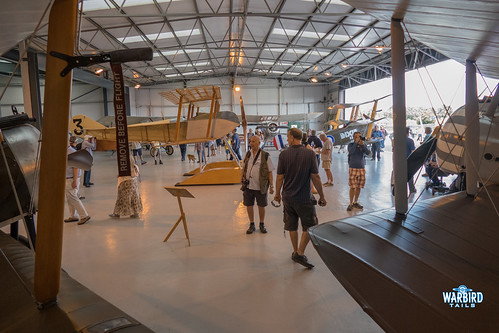 All was not lost due to the winds however, as the Collection re-arranged the hangars to allow for the unprecedented collection of Sopwiths on the airfield to be displayed in one space. The centre piece of this display was Brooklands Museum’s Sopwith Tabloid replica, representing the first Sopwith Scout. The Tabloid was joined by the Collection’s Pup, Camel and Triplane (the latter of which performed a welcome engine run ahead of the show), alongside the Old Warden based Dove and the WW1 Aviation Heritage Trust’s Snipe. I’m reluctant to say it but it may have been a blessing in disguise that the winds led to these aircraft being stuck on the ground as the chance to have such up close access to this unique collection of aircraft was an experience you couldn’t get anywhere else. In fact, it was so good I’ve put another whole post up about it here just for the pictures. 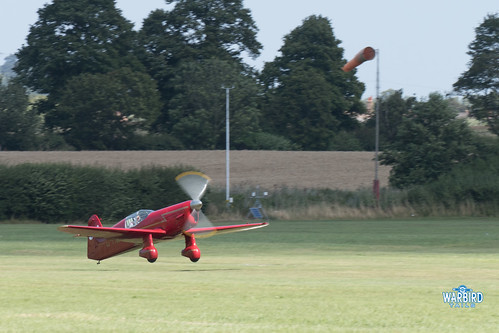 Opening up the flying display  was a three ship displays from some classic 1930s racing aircraft. The Collections DH88 Comet was the first in the air, alongside a pair of Mew Gulls. These classic racers tore around the sky in loose formation before breaking off into tail chase sequences and solo displays. 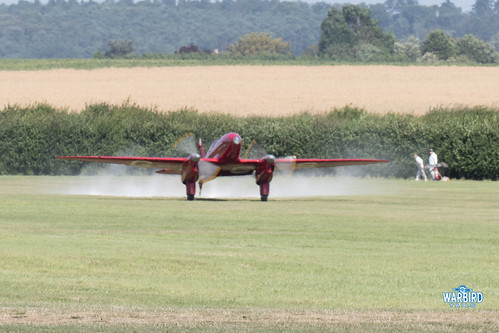 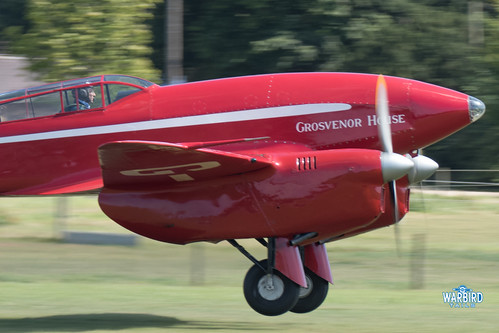 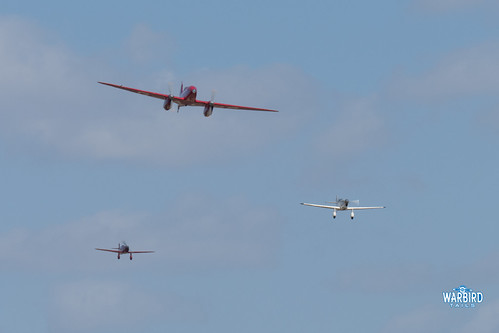 The Tiger 9 formation team flew in from Bicester to avoid the strong crosswind conditions present at Old Warden. The team consists of 9 Tiger moths performing various formation passes and an impressive series of breaking manoeuvres. The display concluded with a  synchro pair routine and a series of opposition passes from the whole team. 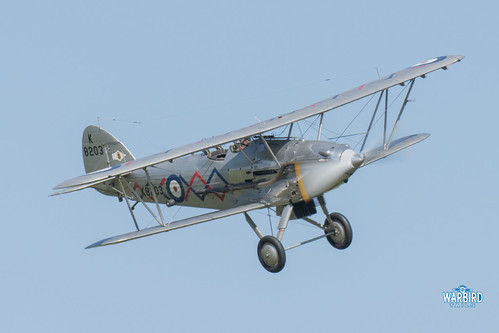 There was also a very spirited display from the Old Warden based Hawker Demon. Though a prewar design this biplane fighter’s performance was certainly well shown at this display. It is always a treat to see these Kestrel powered biplanes being thrown around the sky. 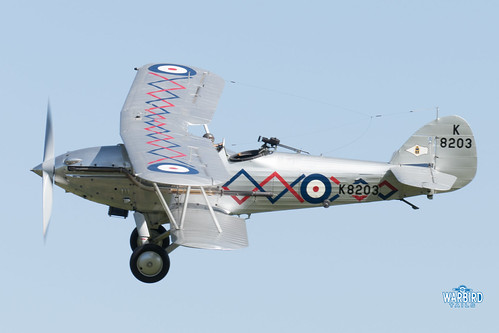 An old favourite at Old Warden is the barnstorming routine, this made a reappearance at the August airshow. This segment saw the Tiger moth, B Miles Falcon and Piper Super Cub perform formation and tail chase routines alongside flour bombing and balloon bursting. 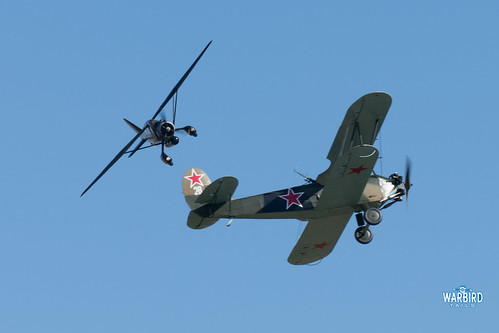 Army Co-operation aircraft were presented by a duo routine featuring the collections Westland Lysander and Polikarpov PO2. The Polikarpov circled low and slow while the Lysander carried out a number of high speed sweeping attacks. This was a pairing not seen before and the differing speeds made for a very dynamic performance. 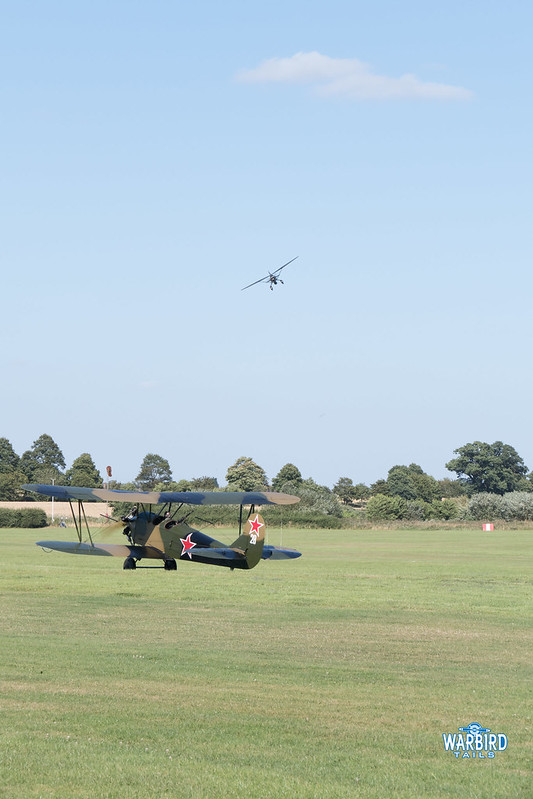 Bringing the August show to a spectacular conclusion was a Hurricane pairs routine. Hurricane Heritage’s Mk I R4118 flew a graceful solo display ahead of the collection’s Sea Hurricane doing the same. There is nothing quite like a bit of “Merlin Magic” to bring an airshow to a close. 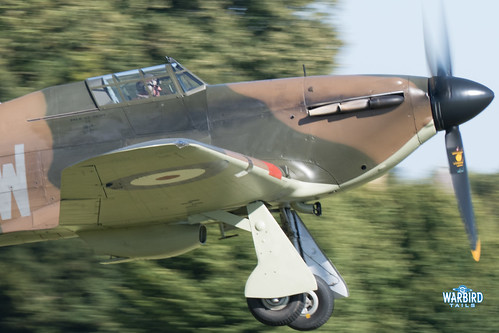 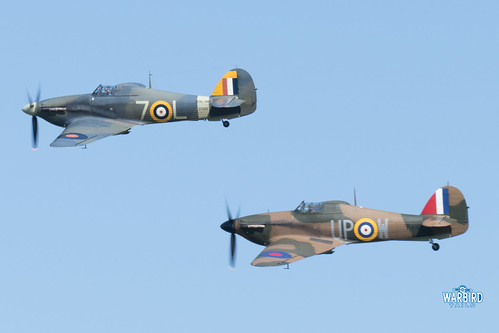 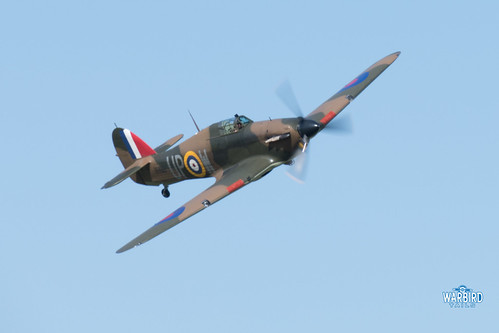 While the planned line-up and much of the incredible theme was ruined by the weather the selection of aircraft that did fly, combined with the incredible Sopwith static display meant that this show will easily stay one of my highlights of a very busy airshow season.