In September last year I attended the excellent “Their Finest Hour” event at RAF Museum Hendon. This saw unprecedented access to all of the Battle Of Britain collection aircraft. This group of aircraft is unique in the world in telling such a clear story of an important period of the second world war. As you can see from the post and attached pictures, it was a great evening and a wonderful celebration of the collection. What I didn’t know at the time was that it was effectively the last time I would see the whole collection together. 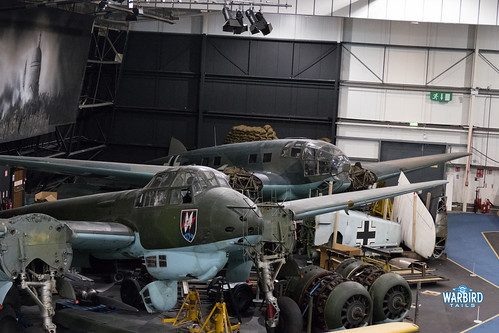 As part of the Museum’s plans for the RAF Centenary in 2018, the collection is being spread around the two RAF Museum sites. Before the move however they are surveying all of the aircraft, meaning they are currently presented in a dismantled state. This allows some incredible views and access and it has also been interesting to see the airframes in different locations. 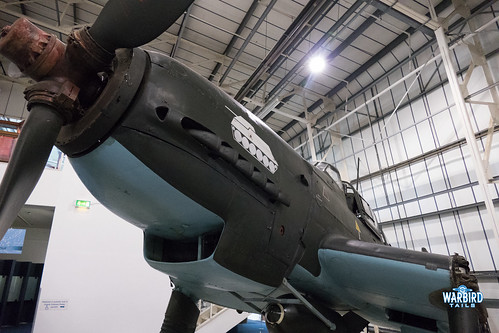 I’ve made a few visits over the last few months to see the progress of the work. I visited again at the end of September, which was my last chance before the hall closed at the beginning of October. It was once again great to see up close how these aircraft come together and get the chance to appreciate certain parts off the airframe and enjoy closer access to some aircraft that the past.

The 109E is displayed tail up, which makes for a different perspective. 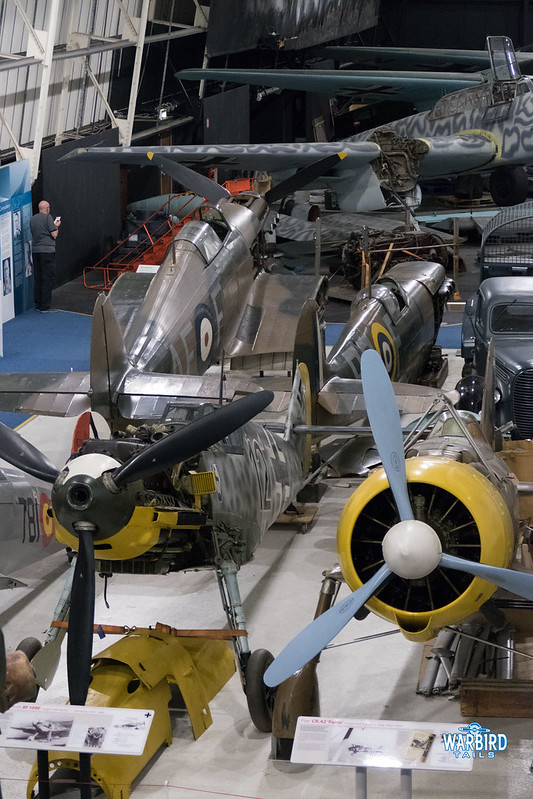 The line up of the three iconic Battle of Britain fighters, the Spitfire, Hurricane and BF109E all stored close together in a dismantled state offered a great comparison of the differences between these different takes on the same role. 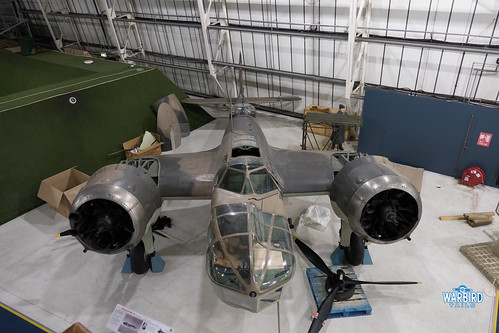 An Elevated view of the museum’s Blenheim.

A look inside the Blenheim.

It was tinged with a little sadness though – The Battle of Britain hall has been part of my own aviation history. Like any enthusiast I have always loved the Battle of Britain film and being able to go and soak up all the major aircraft from the conflict was a real treat. 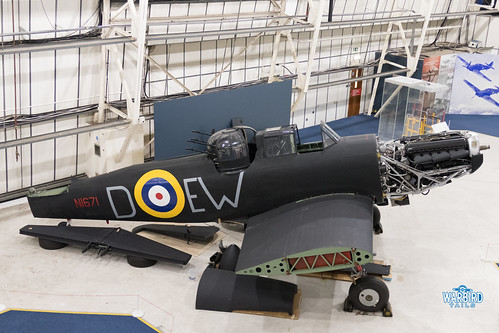 Hopefully the moves present the aircraft in a similar vein across both sites but I fear they will never have the same impact as when they were a complete display. It is also a shame that certain pairings couldn’t have been kept together. I for one would have loved to have seen the Fiat CR.42 and Gladiator displayed together showing two of the final biplane fighters. The new plans see the Gladiator moving to Cosford and the Fiat staying in Hendon. 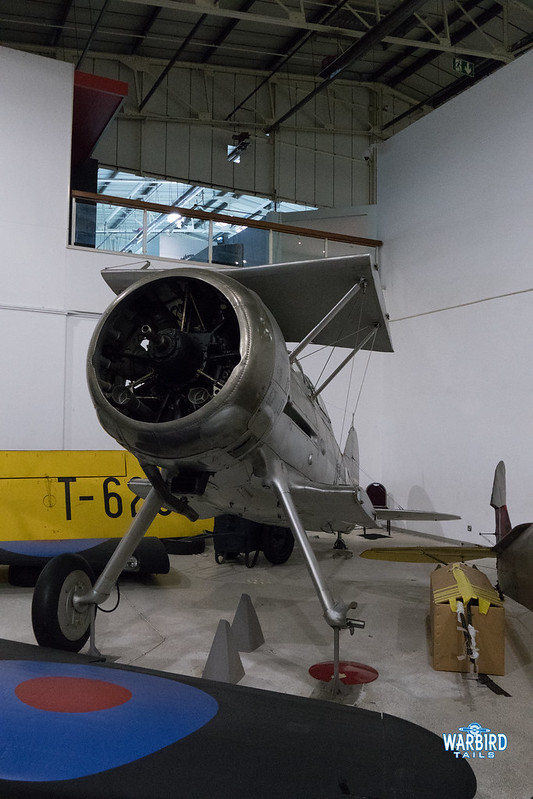 The museum’s Gladiator features a 3-bladed propellor, a marked change from the airworthy examples in the country.

A look back at the fuselage construction of the Gladiator.

A unique view of the Gladiator.

A glimpse inside the cockpit of the Gladiator.

A look at the Gladiator from a higher vantage point.

A pilots view of the Italian fighter.

It will no doubt be refreshing to see some of the larger aircraft, such as the Heinkel HE111, in new, hopefully clearer surroundings.

Another view of the JU88.

Inside the cockpit of this historic airframe.

The iconic glass nose of the Heinkel HE111.

Inside the HE111, still set up as a troop carrier.

Besides all of this though i must applaud the RAF Museum for allowing public access to run this far into the conservation work. It has made Hendon as “live” as museum as Duxford, for a few months at least. 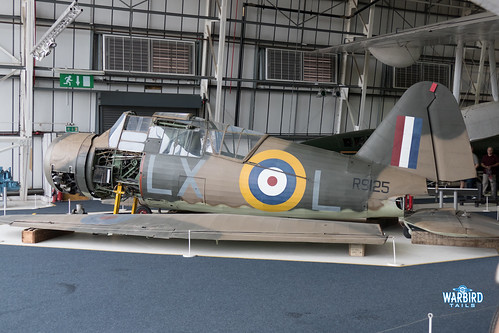 The larger airframes are now being dismantled and the process of moving aircraft up to Cosford is now underway. The Battle of Britain hall is set to re-open in 2018 as a new exhibition celebrating 100 years of the RAF. If the new exhibition carries on in the same vein as the First World War In the Air exhibition then I’m sure it can build further on Hendon’s reputation as one of the greatest collections in this country.