We have already seen Glenn Curtiss’ rise to a leading light in the US aviation business. From pioneering Pushers to fighting flying boats and training up a nations pilots in the Jenny and Standard. 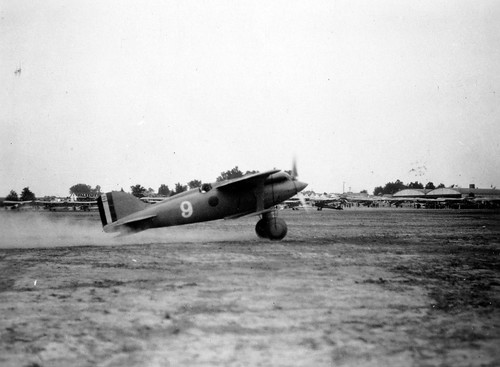 The 1920s represented a crucial time for the Curtiss company. Mr Curtiss himself retired from the company in September 1920, handing over the reigns to Clement Keys. The end of the decade sadly saw the death of Glenn Curtiss, who passed away due to complications of an appendectomy on 23rd July 1930. With him an icon of early aviation had departed – though his company continued to grow both in the years leading up to his death and those that followed.

During the 1920s the Curtiss company experimented with a number of different aircraft as explored in the last post on this subject. This time I wanted to take look at one of my favourite lines – the Hawk Biplanes alongside the incredible floatplane racers. 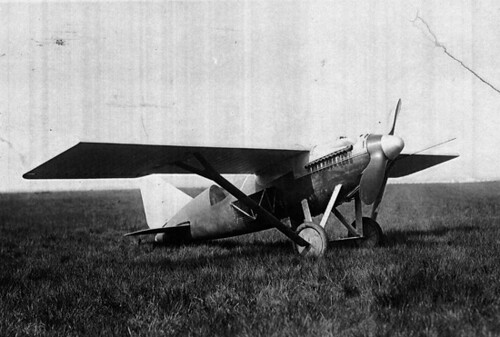 In the early 1920s Curtiss had become a part of the growing air racing scene. They were approached to build a pair of racing aircraft to be entered into the 1920 Gordon Bennet Trophy. These two aircraft were given the designation Model 22. These were high wing monoplane designs, each powered by the C-12 engine, providing 427hp. The two aircraft were given the racing identities of “Texas Wildcat” (above) and “Cactus Kitten” (below). Neither aircraft participated in the race for which they were built, with “Texas Wildcat” being wrecked during a landing accident and “Cactus Kitten” being incomplete by the date of the race. ‘Kitten was later flown with a modified set of triplane wings and took part in the 1921 Pulitzer race. 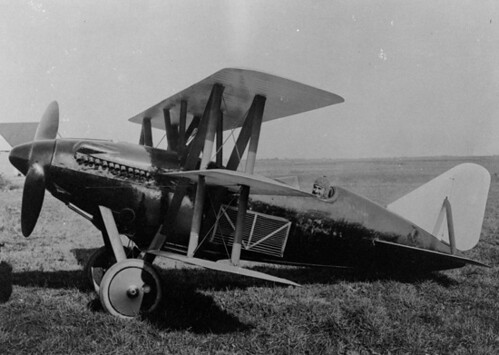 The same race in which the modified Cactus Kitten flew in was won by the next Curtiss racer, the Model 23 (below). The Model 23 presents a much more familiar profile, with an inline engine and biplane configuration. These machines would later become known as the CR-1 and CR-2. Following this early racing success the 23s were converted to floatplanes and entered into the 1923 Schneider Trophy race. Curtiss could not have had a better result at the event with the aircraft finishing first and second. 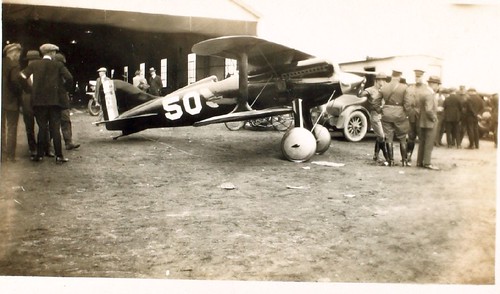 While the Model 23 design had been ordered by the US Navy, the Army did not want to be outdone and ordered an updated version of the Curtiss racer. This saw the R-6 take to the skies, this saw a more streamlined design with wing surface radiators, much like the Supermarine racers would have had in the later Schneider competitions. The R-6 set the world speed record at 236mph in 1922, though the record was not to last long. It was a Curtiss machine yet again that raised the bar – the new R2C (below and top) set the record at 266mph. It was the R2C that would see the first military application of the racing biplane design, flying with the Army as an R-8. 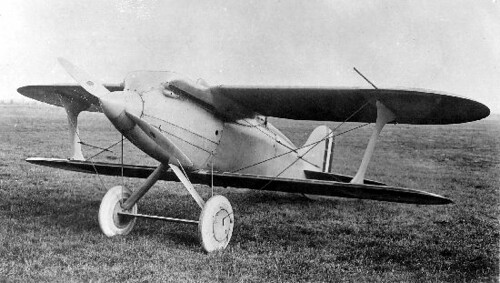 After years of trying to outdo each other the US Army and Navy worked together in 1925 and this resulted in three new R3C aircraft (below). It was the R3C that would win Curtiss and the US Military another Schneider trophy win as Jimmy Doolittle flew the R3C-2 to victory with an average speed of 232mph. 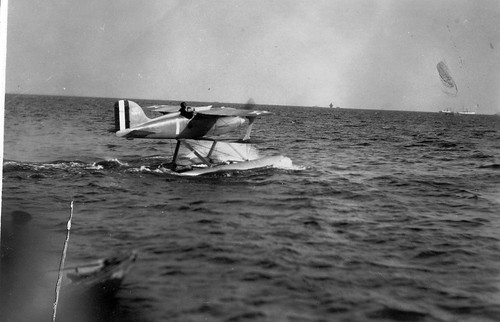 The first out and out fighter aircraft to be developed by Curtiss based on their racing lessons was the PW-8. This design was first flown early in 1923 and followed the same design trend as the air racing machines, the inline engine providing a sleek fuselage design between the biplane frames. Early variants of this machine featured the wing surface radiator of the racing biplanes, though this was later replaced with a more traditional design. The PW-8’s service career was relatively uneventful, though it did take part in the first dawn-to-dusk crossing of the USA in 1924. 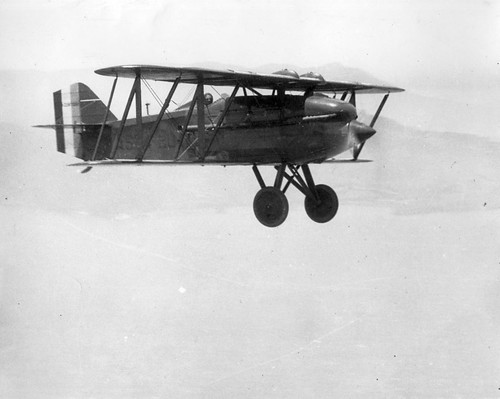 While the PW-8 saw relatively little service it was subsequently modified by the Curtiss factory and formed the basis of the first Hawk; the P-1. The P-1 featured tapered wings, but was otherwise very similar to the PW-8 until the P-1B was developed which featured a re-designed tailplane and a more powerful engine. 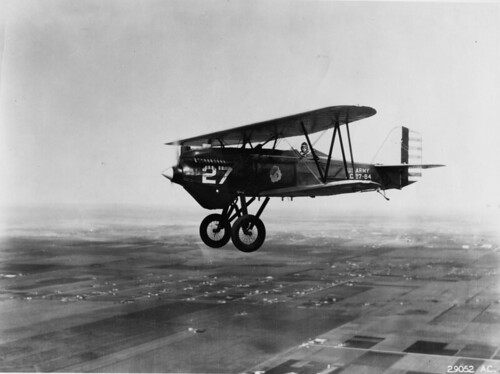 Curtiss felt they had a good airframe in the Hawk, though it took them a number of attempts to get things right. They eventually arrived at the P-6, probably the most recognisable Curtiss from this era. This saw the P-1C airframe paired with the V-1570, a 600hp engine. The P-6 was subject to a number of refinements as time went on, with the general consensus being that the “E” model was the most impressive. The active squadrons of the time found the Hawk’s manoeuvrability incredible and a joy to fly. 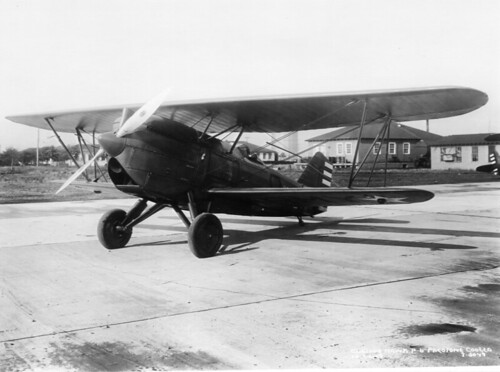 The P-6E was first delivered in 1931 and remained in active service till 1937, with some examples still on the books as late as 1942; certainly a testament to what was essentially a 1923 design. 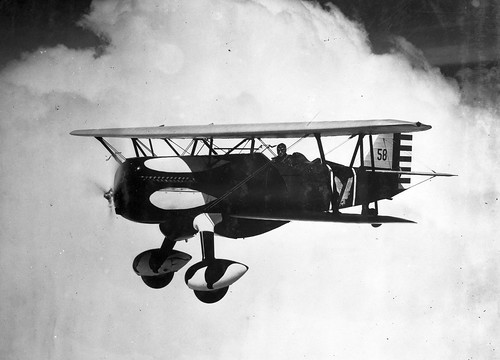 These Hawk biplanes make an interesting comparison with the Hawker and Gloster biplanes in service with the RAF at a similar time. Comparing the P-6E and the Hawker Fury (Albeit the Fury did not fly till 1931) you see two high performance, inline, biplanes. They had relatively similar performance figures as well, with both aircraft capable of 200mph (or very close in the case of the Curtiss). It certainly goes without saying that the Fury wins the competition on looks but the Curtiss does have a charm and purpose of its own. It would be incredible to see Curtiss Hawk back in the air one day, though at the moment that doesn’t look very likely. 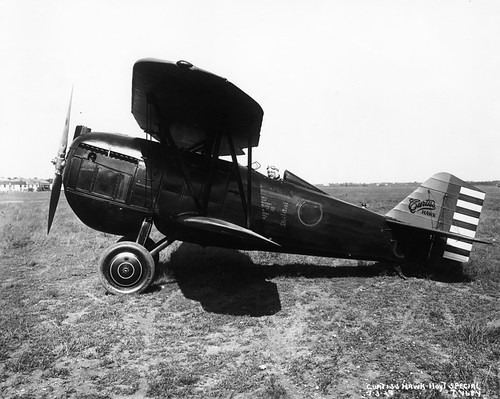 It is worth noting that the Hawk took on some interesting looks along the journey from P-1 to P-6E, including radial versions, powered by Pratt & Whitney Wasps and various inline powerplants. It is without question that the Hawk family of biplanes played a big part in the building of Curtiss’ reputation. The Hawk would set the tone for the next decade of the Curtiss family of aircraft, with war looming on the horizon some iconic  designs came to fruition.

Jimmy Doolittle’s race winning R3C-2 remains on display in the National Air and Space Museum’s Steven F. Udvar-Hazy Centre. This is a museum I have been lucky enough to visit, though sadly in my pre-photography day so I have no photos of my own of this thoroughbred racer. 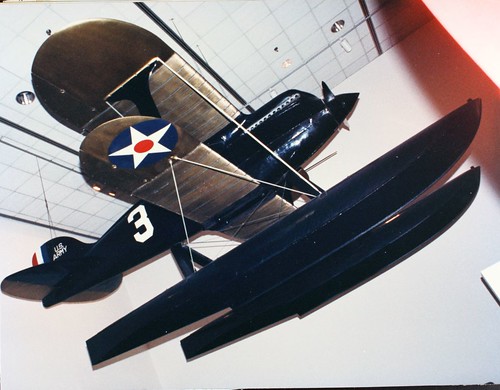 As we get to the more recent Curtiss designs the question of survivors can be more easily answered, though sadly the P-6E was not built in large numbers, with only 70 aircraft being built. A reasonable number of these were destroyed in training accidents. 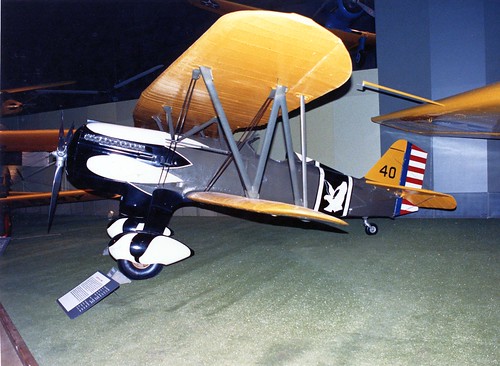 Thankfully one example does remain. This example 32-261 was donated to the Smithsonian and subsequently loaned to the USAF museum at Dayton.This example served the 33rd Pursuit squadron in Florida. 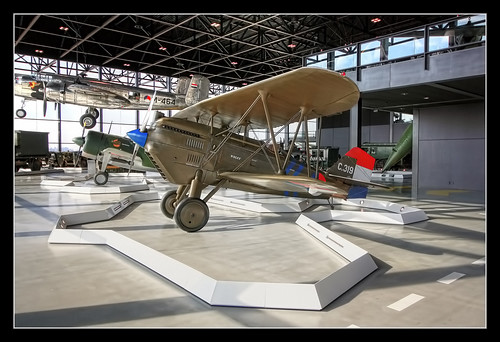 A replica P-6 has recently been put on display at the National Military Museum in the Netherlands (image above property of Daniel Mennerich). This represents the P-6’s that served with the Dutch Air Force and provides Europeans with a  chance to see this unique biplane fighter up close. I hope to visit this impressive museum in the near future and can hopefully update this post with some detail shots of the P-6 in due course.

That concludes another brief look at another powerful family line of the Curtiss company, during the next parts we will be taking a jump forward to a Hawk of a different variety, the P-36.

All images in this post are credited/linked to their respective owners.