There is no doubt in anyones mind that was in attendance at Old Warden for the Fly Navy show this year that it was one of the best airshows this country has seen for a number of years.

Today’s airshow moment marked the start of that incredible show which saw Simon Hargreaves arrive in the Fly Navy Heritage Trust’s Sea Vixen carefully tucked in behind the Shuttleworth Collection’s Sea Hurricane, certainly a formation that hasn’t been seen before. 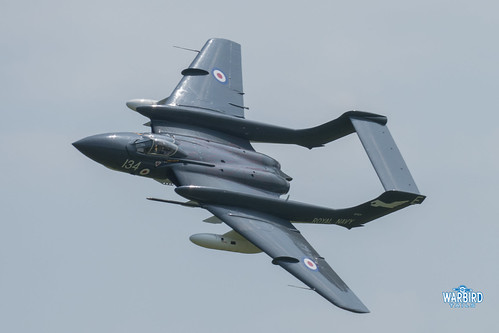 Watching this classic jet circle in the hold and form up with the Hurricane brought a huge sense of anticipation, throwing the mind back to the Vulcan doing the same thing in 2015. There is something incredible about these early jets, nothing has quite the same presence. 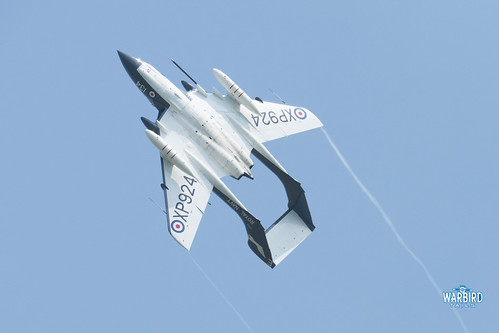 Following the low speed formation pass the taps were opened and the Sea Vixen lept forwards and upwards with ease and a tremendous roar. With aerobatic restrictions for classic jets still in place I did wonder if we may see a slightly subdued performance from the Sea Vixen. 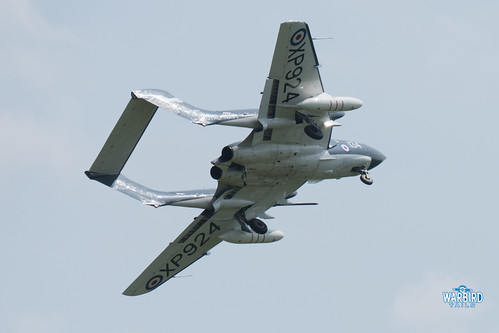 I needn’t have worried as what followed was a spectacular few minutes of flying low sweeping passes, glorious top sides and an earth shaking high speed pass for a finale. With the departure of the Vulcan from the airshow circuit I believe the Sea Vixen could easily take the mantle of a crowd pulling fast jet. 2016 saw this classic perform at a lot more shows before technical problems led to an early end to the season. Hopefully 2017 will see plenty more bookings for an aircraft that has proven to be a real show stopper.