Duxford’s May airshow was not without flaws, the new display line restrictions seemed to result in a more restrained flying style across the weekend. Despite the change in flying style there were still some really well thought out themes and set pieces. 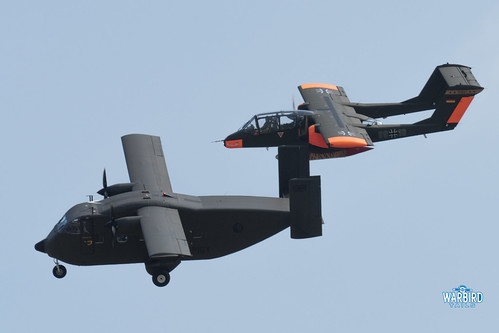 It is not often in this country that we see a Vietnam set piece at an airshow, contray to the fact that the UK boasts quite an impressive collection of types which served in the conflict. 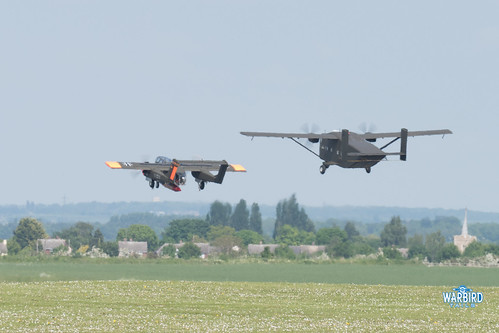 The May show saw music play a large part in many of the acts, with the Vietnam piece making particularly good use of this. The scenario started with the Duxford T-28 carrying out low level strafing runs across the airfield to the familiar sound of Jimi Hendrix’s All Along the Watch tower. 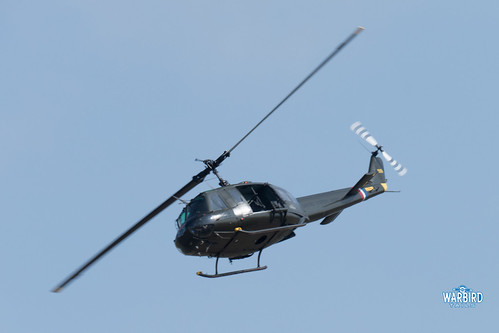 The iconic call of Ride of the Valkyries came next as two veterans of the conflict appeared on the horizon. The Huey and Loach helicopters are rarely seen at UK airshows and this was their Duxford debut. The classic sound of the Huey’s huge rotors slapping around the airfield combined with the atmospheric music was something to savour. 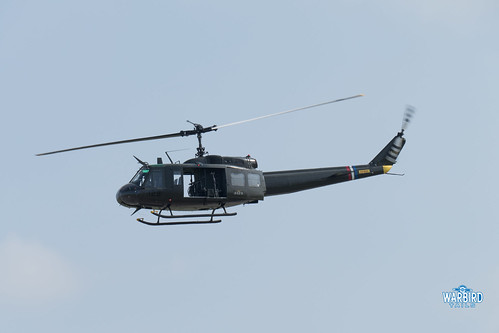 My personal highlight of this sequence came from the Bronco display team. First and foremost it was great to see the Bronco, which was rebuilt at Duxford and spent many years in the hangars ahead of restoration, making its debut at a Duxford show. It was especially impressive to see the Shorts Skyvan join the Bronco, playing the role of a cargo transporter. The two aircraft performed a graceful pairs display, culminating in an on crowd break. 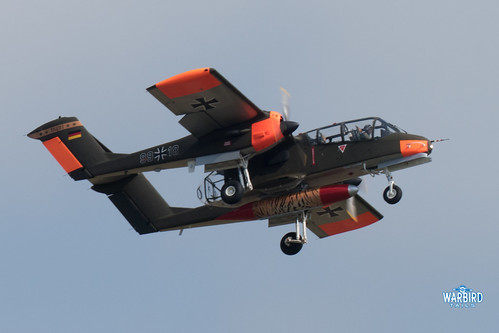 The Skyvan performed a very impressive steep approach and short landing before returning to the skies while the Bronco provided top cover with mock airfield attacks, steep wingovers and even a couple of rolls for good measure. This unique performance was closed with both aircraft carrying out a formation Khe Sanh approach. 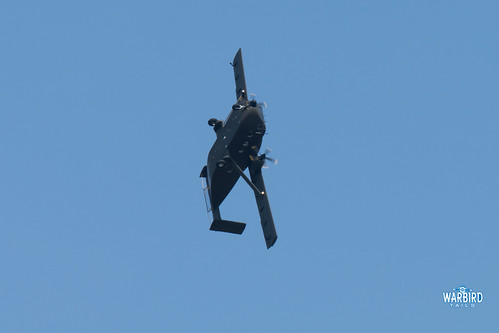 With airshow restrictions now a little more relaxed again I would love to see a repeat of this sequence, with the addition of the UK based Cessna Bird Dog, Nation (Which was static at Duxford) and the Skyraider, there could be something really special in 2017.