A long time sign that the airshow season has finally begun, Abingdon has developed a justifiable reputation for providing great variety and some unique display items. 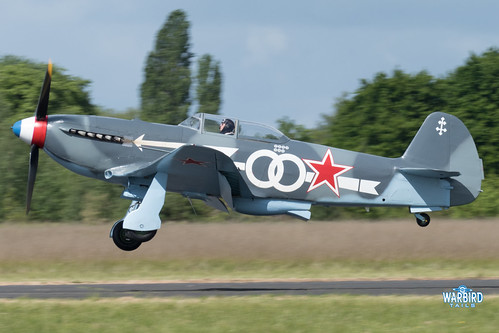 2017 looked to be a vintage year for Abingdon, with a move to later in the month intended to avoid the early season cancellations that have plagued the show in recent years. Unfortunately for the event organisers there were two last minute cancellations of star acts, namely the Sea Vixen and Boomerang. The latter of which would have been making its UK airshow debut. No sooner had these cancellations been announced and replacements were already on the way. 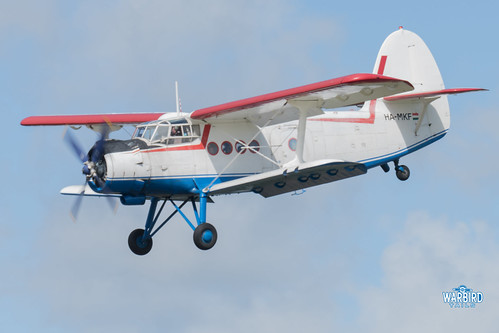 As well as moving to later in the season, this years show saw the show ground and crowd line moved to the other side of the airfield. The new layout seemed to be an improvement based on previous years with the show ground feeling a lot closer to the parking area than past events. 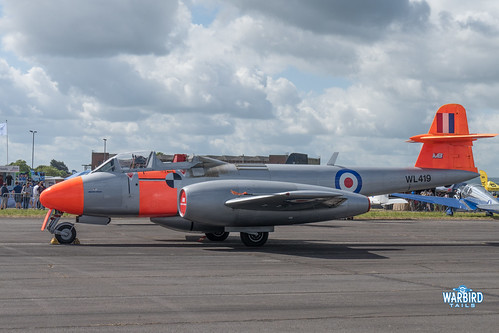 Abingdon always has an impressive fly-in component but this year seemed to reach another level with some impressive aircraft making up the static display. The surprise gem of the static area was a rare appearance from one of Martin Baker’s Gloster Meteors. These airframes rarely make public appearance and this particular aircraft is rarely flown these days. The arrival of the Meteor on the Friday before the show made it clear that the previous ban on jet aircraft operating from Abingdon was now a thing of the past, which a visiting Jet Provost also took advantage of on the show day. 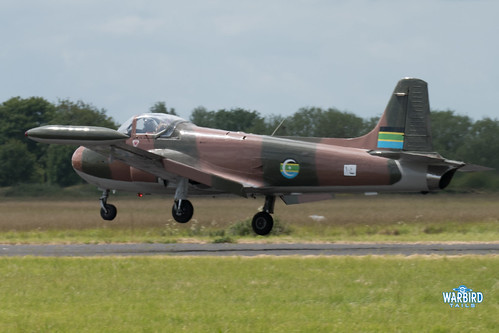 The flying display got underway at 2pm with a graceful pairs display from the Battle of Britain Memorial Flight. The Flight brought Hurricane LF363 and Spitfire XIX PS915, the latter was a particular treat as I had not yet seen the aircraft following its recent rebuild and re-paint last year. 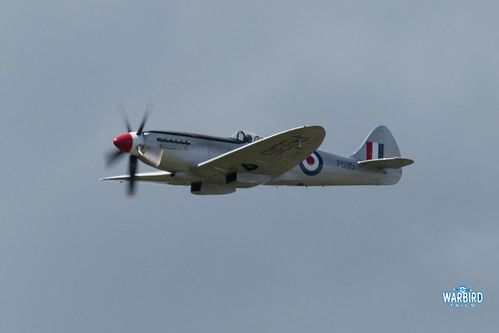 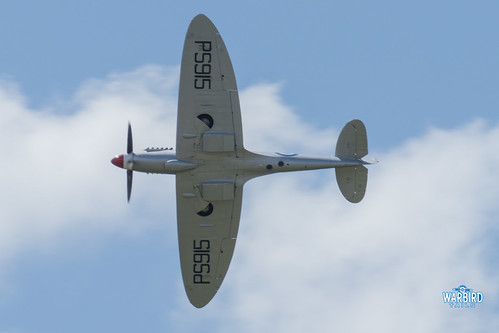 Lauren Richardson arrived for the day in her Pitts Special, her usual display aircraft, but actually displayed Bob Grimstead’s Fournier RF4. This routine was one of the standout performances of the afternoon with some low level, graceful aerobatics putting the smoke winders to great use. 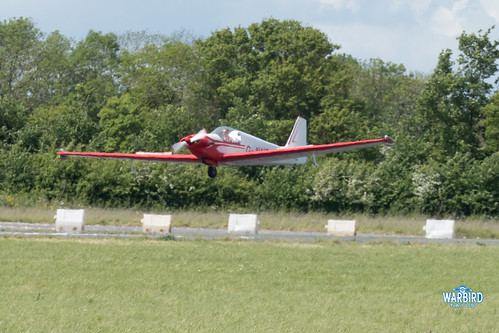 Then came the incredibly well handled incident of the day. During the excellent Twister duo, an act which I was very much enjoying seeing again, one of the aircraft experienced engine difficulties. These difficulties led to the pilot having to carry out a forced landing on the grass to the side of the runway. Thankfully the pilot is now recovering from his injuries and the emergency services at Abingdon did a great job in responding and attending to the scene. The organisers also did an incredible job keeping the public informed of events and managing to juggle the flying program around without losing too many acts after the hour break in proceedings. I would like to wish the pilot a quick recovery and hope that he is back flying soon. 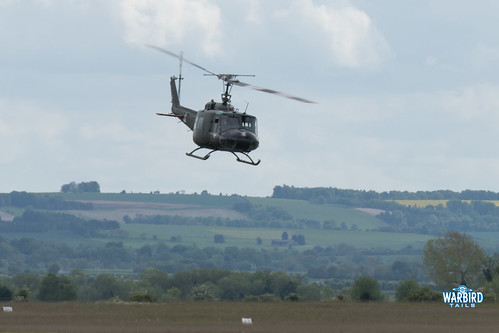 Once flying resumed we were treated to a very rare appearance from the North Weald based Huey. The Huey is always worth booking at a show for that sound alone!

There were a couple of UK airshow debuts taking place at Abingdon, the first of which was the Great War Display Team’s latest aircraft, the Avro 504. The 504 takes the lead in the first act of the Great War Team’s sequence, being chased by the two Junkers CL1s. This replica really is incredible to see in the sky and really adds another dimension to the team. Combined with the pyrotechnics now on offer this sequence goes a long way to replicating First World War combat in the air. 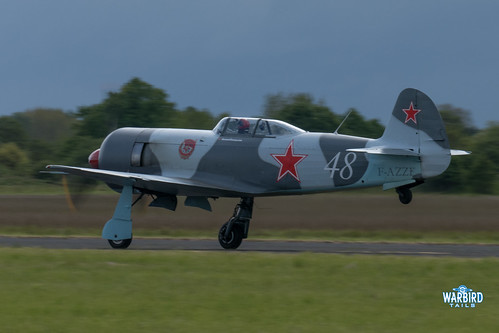 A highlight of the day was the replacement for the planned Boomerang. A Yak-3 powered by a P&W Radial was flown over from Antwerp for its first appearance in the UK. This display really gave the Abingdon crowd something different to the usual warbird display profile we have become used to. A dramatic take off kept close to the runway was followed by an impressive zoom climb up to display height before descending into a yo-yoing display of vertical rolls, graceful barrel-rolls and flowing topsides. This rare appearance was a definite highlight of the show and looked great on static alongside Will Greenwood’s Alison powered Yak-3. 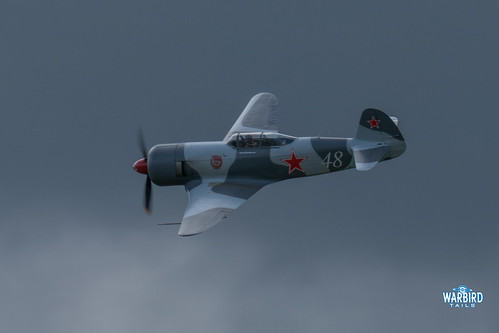 Warbird displays kept on coming following the Yak, with a classic routine from Peter Teichman in his P-51D “Tall in the Saddle”, an elegant display from the Aces High C-47 and a first appearance from the Duxford based T-28 since its repaint over the winter. I missed the latter display due to having to get home but I was lucky enough to see the aircraft taxiing for fuel earlier in the day. 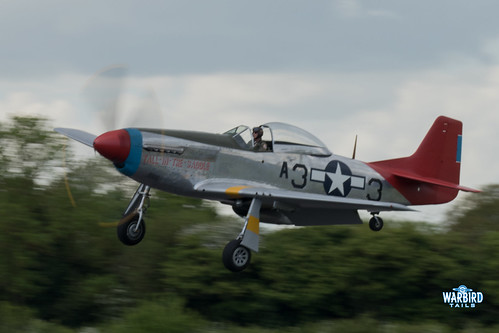 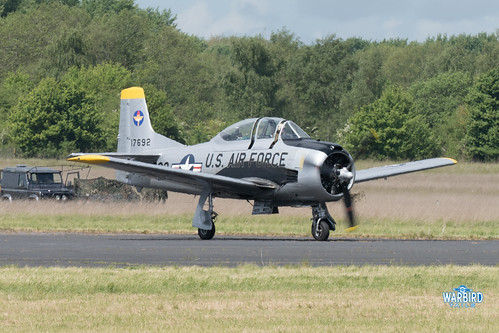 Rich Goodwin’s Muscle biplane completed the line-up along with rare performances from the Popham based Antonov AN-2 and a Westland Scout and DHC Beaver pair. Those last two acts alone are certainly things you don’t see every day. 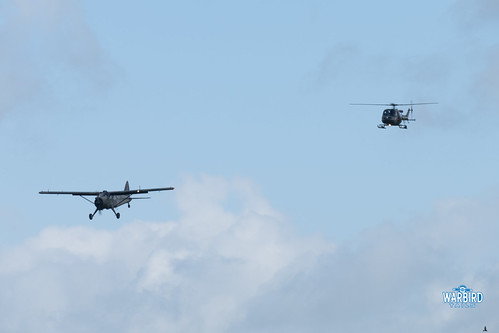 Abingdon seemed to take everything in its stride this year. The show faced issues with cancellations at the final hour once again but seemed to come back even stronger with a varied and unique line up. There are a number of shows out there that perhaps play it safe with their bookings, the Abingdon team must be applauded for going the extra mile and out of their way to book some rarely seen aircraft and put together a good old-fashioned variety performance!