Duxford Air Festival promised to be an airshow for all the family, delivering displays from all manner of types from throughout aviation history. In practice, that was exactly what was delivered. 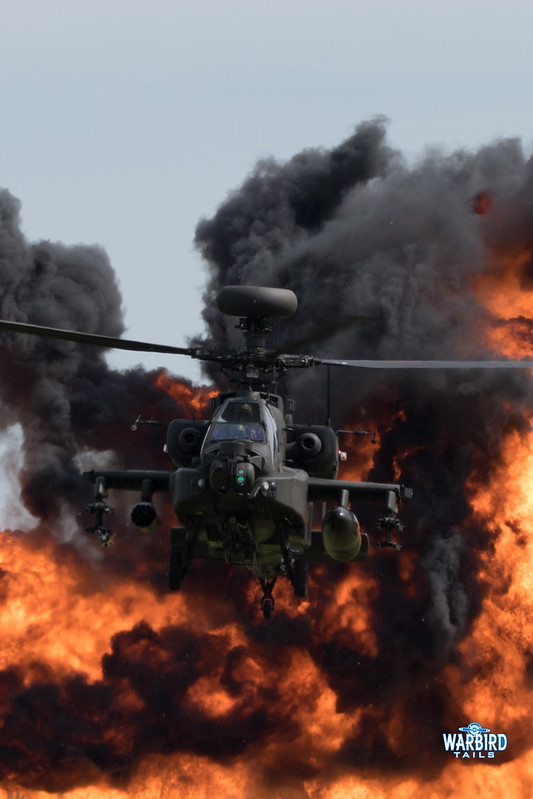 Unlike some Duxford shows of recent times the programme did not lean heavily to one period of aviation hisotry at any one time. Each aircraft was given space to tell it’s own story and then the overall show would move along. This change in style seemed quite dramatic when looking at the participation list ahead of the show, but by the end of a weekend the Duxford team delivered a thoroughly entertaining airshow was delivered. 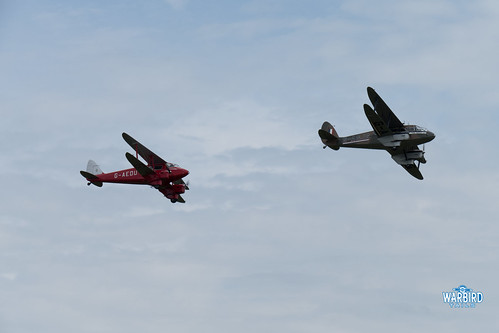 The most obvious thing that anyone with a hint of Duxford history would have noticed on arrival to the show was how few warbirds were on the flightline. It was certainly the smallest participation from the “home team” of based warbirds I can remember seeing at Duxford. In hindsight I can now see the theory behind that decision, it allowed for each aircraft to have their own moment and for some differnt aviation stories to be told. The Duxford crowds were still treated to displays from the resident Duxford heavies, B-17 Sally B and Plane Sailing’s PBY Catalina, the latter of which put on a very spirited display on both days. 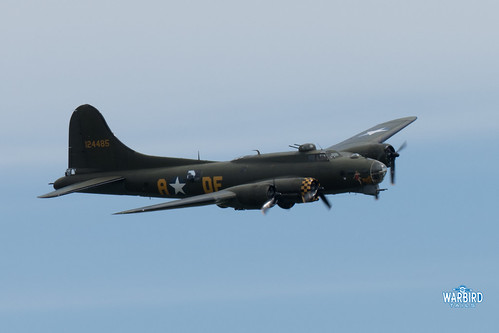 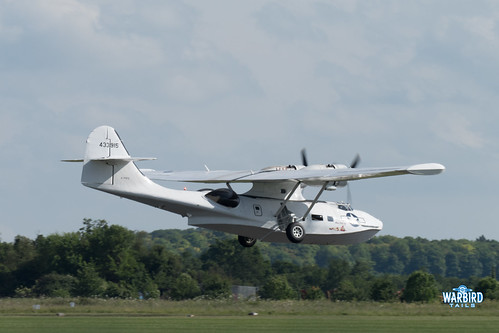 Joining Sally B on each day was Anglia Aircraft Restoration’s TF-51D Mustang “Miss Velma” giving its first Duxford demonstration since being sold by The Fighter Collection in 2016. The Mustang was flown through a graceful and dynamic routine by Richard Grace who is fast gaining a well earned reputation as one of the country’s premier warbird display pilots. The Mustang routine on both days was that perfect blend of sweeping low passes and pendulum-like vertical aerobatics that Duxford is made for. 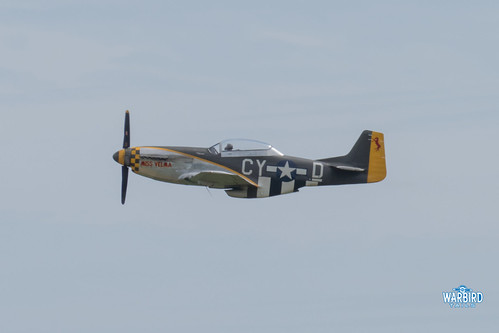 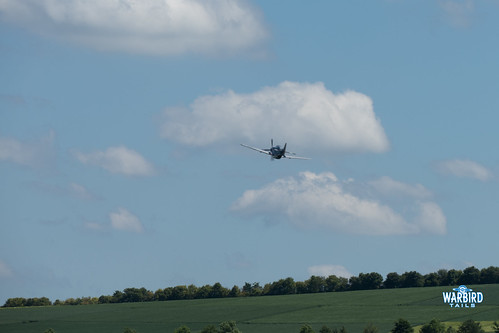 Closing the show on each day (offically, though the Great War Team had the hounour on Saturday), and completing the warbird line up was a close formation pairs display of Mk 1 Spitfires in the capable hands of John Romain and Pete Kynsey. Duxford is renowned for its expansive Spitfire set pieces so to see things brought to a graceful close with pairs aerobatics like this was a refreshing change of pace and a wonderful sight. 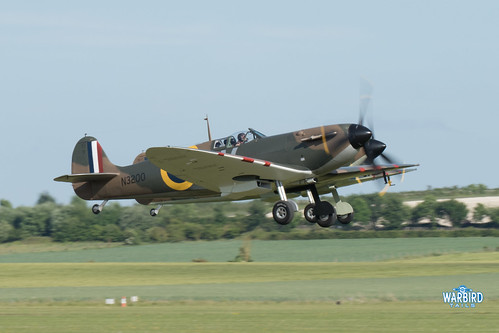 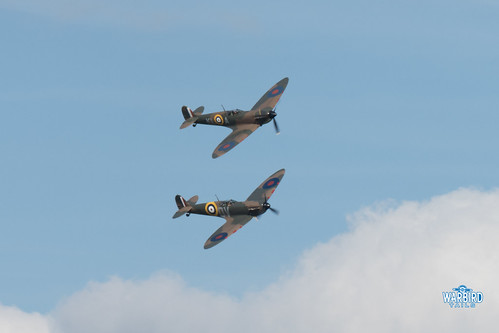 World War 1 avitation was given an equal billing at the Air Festival, with the Great War Display Team taking to the skies with 8 of their fleet of WW1 replicas on both days of the show. It is always an impressive event watching the team scramble into the air and form up on the horizon ahead of their routine. 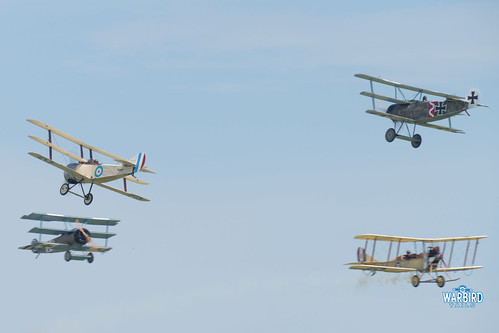 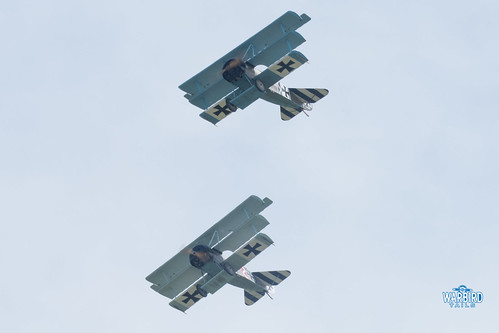 This occasion was made that bit more impressive by the sight and sound of Roy Palmer’s original Sopwith Pup leaping into the air for it’s debut public display on the Sunday of the show. Dodge Bailey took the Pup up for a graceful rotuine demonstrating some graceful low level flying along the crowd line, all wtih the Great War team patrolling behind. As the Pup taxied back to its place on the flightline the great war team came charging in for their display which is 10 minutes of not knowing where to look through all the pyrotechnics, engine growl and dynamic flying, especially from those stunning Triplane replicas. 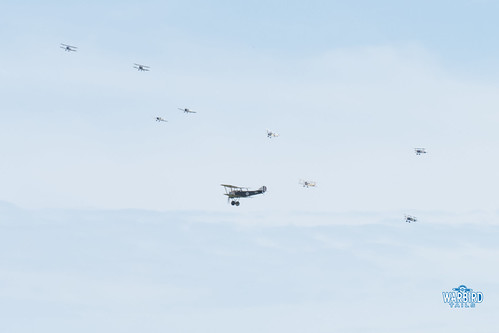 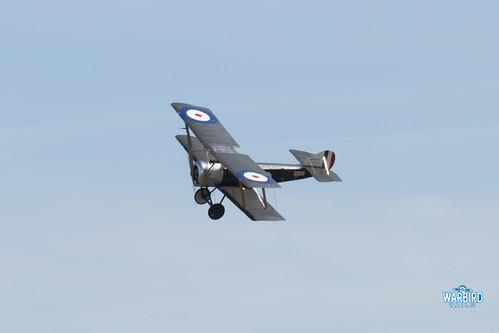 With less of the usual Duxford warbird’s on show, the team were able to dig a little deeper with aviation history. This allowed the Duxford crowd the chance to see the first away landing from the Shuttleworth Collection’s DH88 Comet along with both Mew Gulls. The Comet is without a doubt one of the most special aircraft flying in the world today and it looked just right sitting on Duxford’s grass. The three classic racers carried out a graceful formation dispaly followed by dynamic solos. The de Havilland theme continued with a pairs routine from the DH89 Dragon Rapide and DH90 Dragonfly. 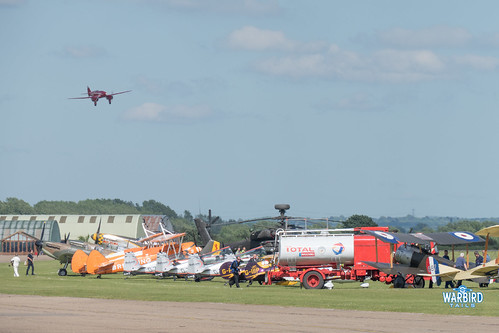 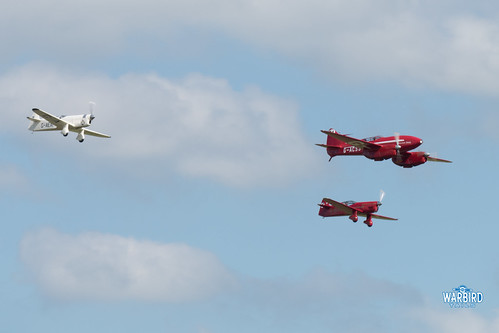 Another Duxford and possibly UK first was the appearence from the Norweigian Spitfire Foundation’s Noorduyn Norseman, a unique aircraft with strong Duxford ties, with examples of the type having operated from the airfield during the war years. This type is infamous for being the aircraft type which Glenn Miller was lost in. The Norseman was joined by the Aircraft Restoration Company’s Beaver, a later type designed to carry out the same Bush Flying role. 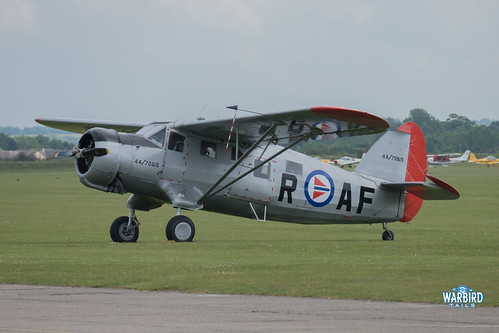 Alongside the military and historic aircraft there was also a selection of civillian teams with crowd pleasing performances from the Calidus Auto-Gyro, The Blades and a memorable display on each day from the Trig Aerobatic team. The Apache display team also proved popular making good use of extensive pyrotechnics as part of thier routine 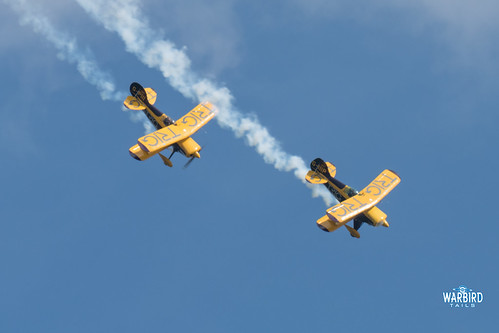 Another era given plenty of time to breathe in this flying line up was the 1950s and 60s. The Bronco Demo Team delivered the usual polished routine in their impressive aircraft and it was great to see the new Strikemaster Pair (albeit using 1 Stikemaster and one Jet Provost) carrying out their first display, a pleasing mix of formation passes and synchro pair. 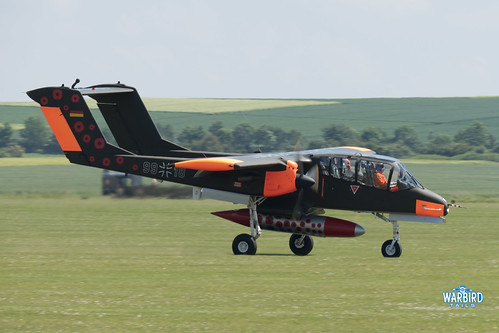 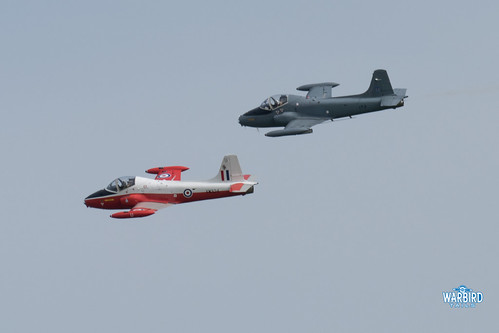 The highlight’s of this group had to be the two big jets, The Norwegian Historical Squadron’s Mig 15 took to the skies for its graceful routine, giving everyone the chance to get a good look at this early jet fighter. On the Saturday the Duxford crowd were treated to the ever-impressive sight of the DH110 Sea Vixen thundering through the sky in a powerful routine. Sadly this looks set to be the aircraft’s last performance for some time as it suffered an hydraulics failure on return to its base at Yeovilton and was forced to make a wheels up landing. 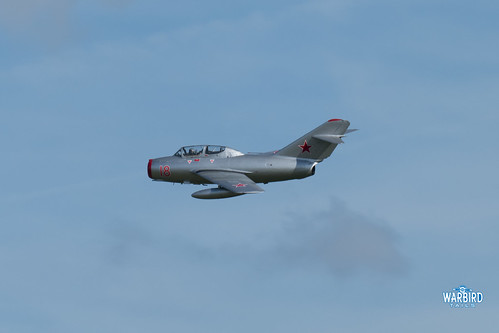 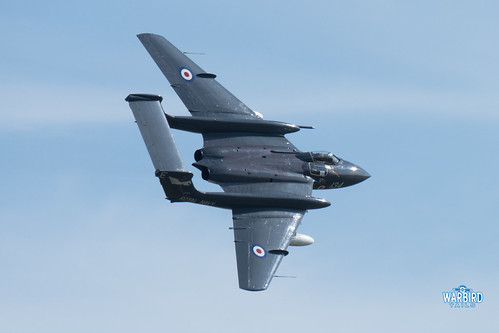 The headline acts for many will have been the fast jet displays. The Royal AIr Force were first up with the Typhoon, this years display is much tighter than previous years, with no restrictions being required by Duxford’s limited airspace and featured some impressive maneuvers such as a gear down half-cuban. It has to be said that the French Air Force won the day with their incredible routine in the Rafale. This special scheme jet was put through its paces in a high speed routine that seemed to use all of the airfield at the same time with plenty of noise. Certainly a masterclass in fast jet displays. 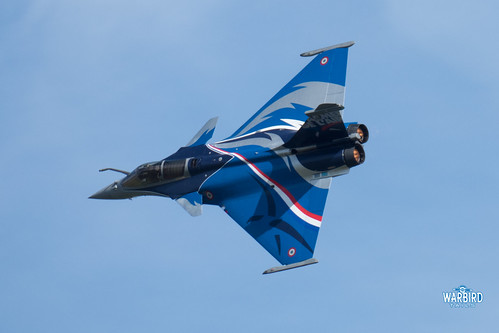 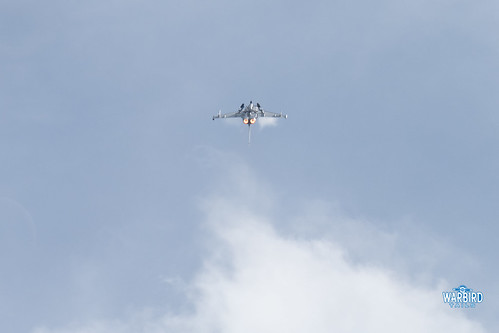 As you can no doubt tell from the above photos and words, this Duxford show was far from what you’d expect to find at at typical show for the venue. Despite this the organisers managed to pull off two days of impressive flying with a wide variety of types including a number of aircraft making Duxford debuts.