Following on from last years first instalment, which was widely regarded to be one of the highlights of the season the 2017 Fly Navy airshow at the Shuttleworth Collection built on a well earned reputation. 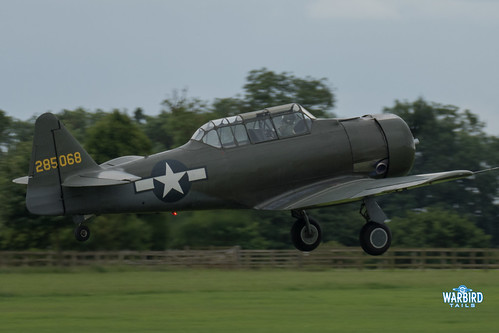 The show took place on the 4th June and featured a wide range of displays from collection and visiting aircraft. Initial participation lists suggested this show was going to provide repeat appearances from a number of star acts along with some special additions, such as the incredible Hawker Fury II, which stunned at Flying Legends in 2016. 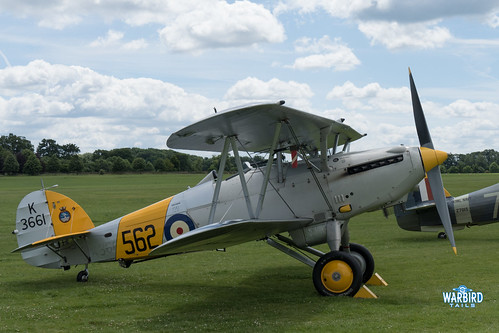 One act that was sadly unable to take part in the show was the Fly Navy Heritage Trust’s Sea Vixen. The iconic jet had suffered a hydraulic favour a week before the show having displayed at Duxford which unfortunately resulted in a wheels up landing and significant damage.

Despite last minute calculations from a few star acts and less than perfect weather, the show managed to recapture the magic of 2016. 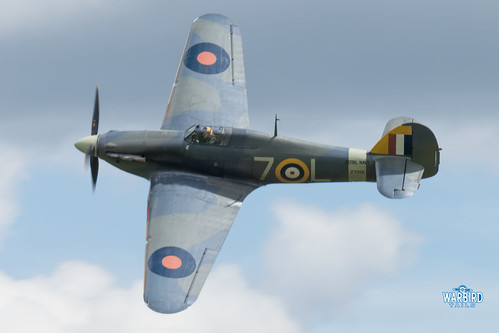 The collection’s Sea Hurricane began the flying display, with Frank Chapman delivering an incredibly close and tight display, setting the tone for the impressive flying that would follow. 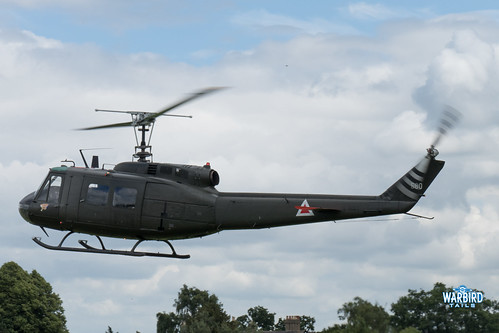 Throughout the build up to this show there had been a varying number of Westland Wasps on the list, with the high point being three. Based on the commentary on the day the solo wasp that did make it on show day was one of a number that the team had attempted to book. This example is rarely seen on the UK display circuit and made a welcome appearance alongside the equally rare North Weald based Huey. Rotary displays at Old Warden are quite rare and this performance really left an impression and was a highlight of the day. 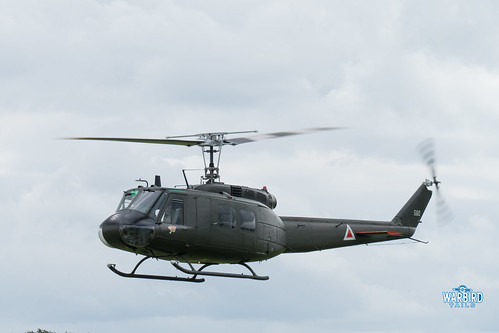 The interwar years of the Navy were well presented with the Hawker Demon accompanied by a pair of Hawker Nimrods, seeing these aircraft together is a very rare sight and they were all beautifully flown. After a series of formation passes the Nimrod pair began one of those magical sequences that the Shuttleworth Collection seem to be incorporating into every show this year. The Fighter Collection’s example, in the hands of Stu Goldspink carried out some gentle high level aerobatics while Dave Harvey flew low and close to the crowd in the Historic Aircraft Collection’s example. After a while both aircraft came in close to the crowd for a seemingly endless series of close passes round the bend, pure airshow magic. 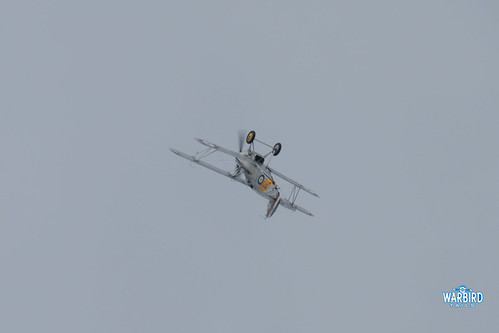 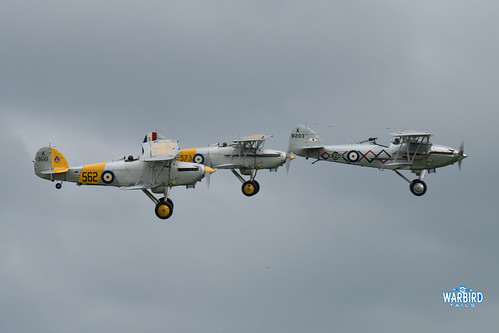 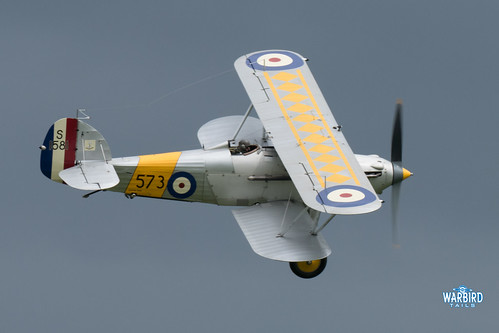 First World War aviation was wonderfully displayed with performances from the collection’s Bristol F2b and Sopwith Pup alongside a welcome return from the Bristol Scout replica. The latter really impressed, clearly showing the positive effects from its off season engine work and subsequent increase in performance. The Scout, and the story it represents is a truly incredible project and I welcome any chance to see the aircraft in the air. 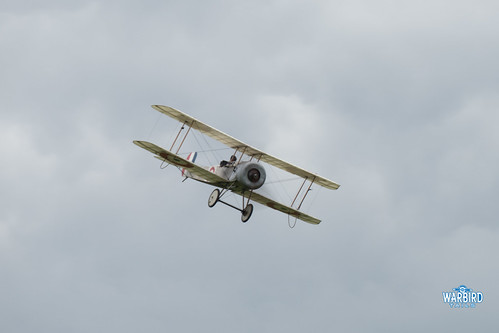 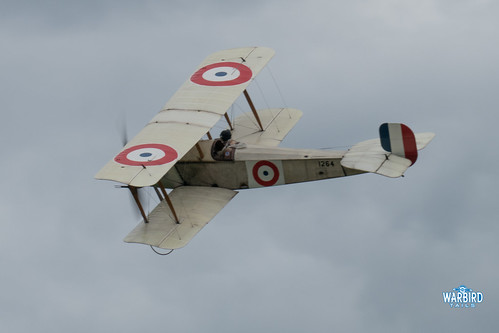 As mentioned earlier, Anglia Aircraft Restorations Fury II was another high profile visitor. Richard Grace brought the aircraft down from Sywell for the display and provided a typically fast and graceful display. The sight of the Fury up-close together with that unbeatable sound was really special. 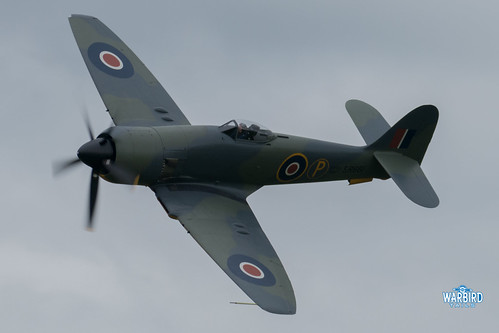 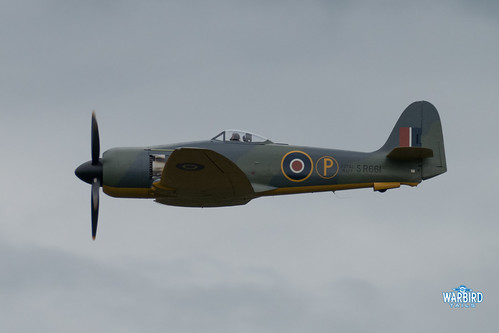 Not long after the Fury had cleared the zone we were treated to what surely must be the Catalina’s greatest outing of recent times. This performance was an incredible demonstration of this iconic aircraft, with plenty of low level, close passes. 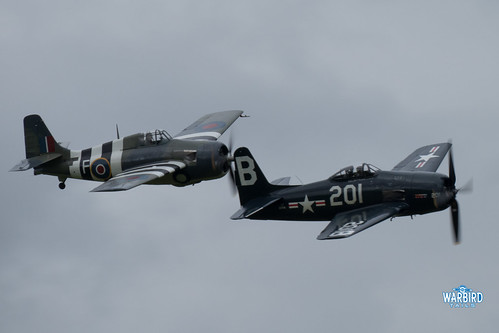 As with last year it was left to the Fighter Collection to complete the final act of 2017. This year saw a pairs routine form the Grumman Bearcat and Wildcat. After a series of formation passes we were treated to a typically high energy routine form Dave Southward in the Wildcat and a  graceful aerobatic account of the Bearcat from Stu Goldspink. 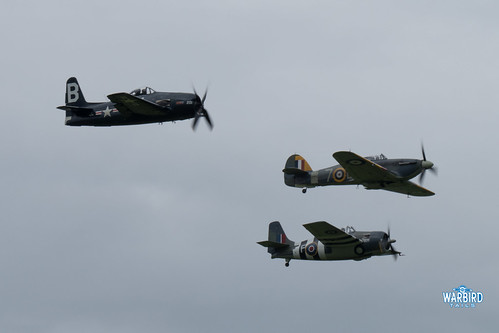 The Grumman pair were joined by the Demon, Gladiator, Sea Hurricane and Lysander for a final balbo, bringing the show to a close. 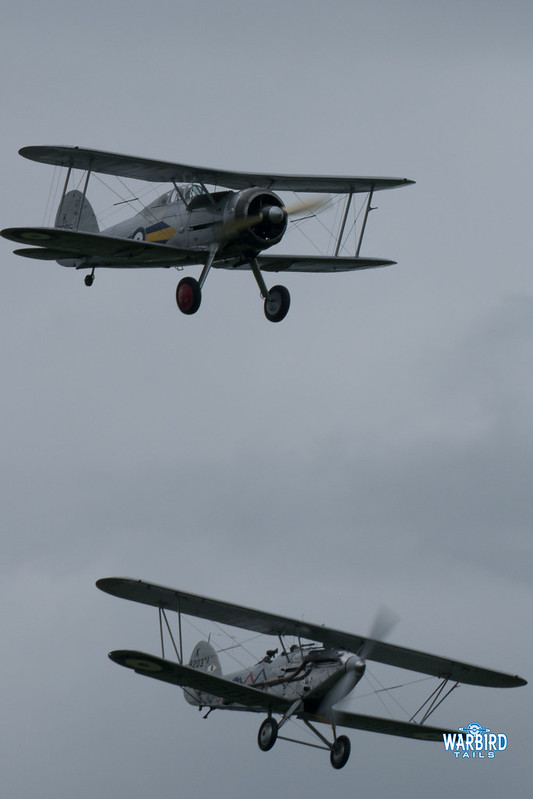 The 2017 Fly Navy show built on the success of last year and delivered another fantastic days flying featuring the best the Uk warbird scene has to offer and some of the finest flying from the collection aircraft.