The second oldest aeroplane in Flying Condition at the Shuttleworth Collection is the Deperdussin 1910 Monoplane. This was one of the earliest in a line of racing monoplanes built by the Aeroplanes Deperdussin company in France during the 1910s. 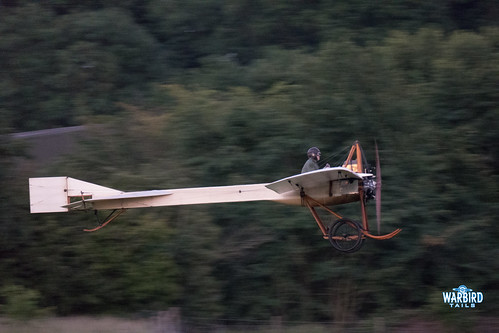 The prototype of this design first saw air under its wheels in October 1910. The airframe is certainly a distinctive machine, rather than the more boxlike construction of the Bleriot Monoplanes this airframe features graceful lines and a slender fuselage giving a far great impression of speed (relative speed that is!). 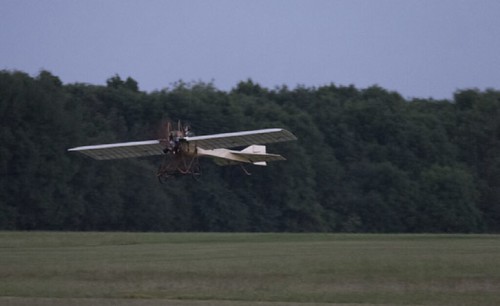 Like many aircraft of the time this design makes use of wing warping to control roll, rather than the now standard ailerons, making this aircraft a challenge to fly in modern conditions. The design evolved during its time in production eventually arriving at the later examples of which the Collection’s is an example. These models featured shorter horizontal stabilisers and a slightly swept wing.

Along with the unconventional, by modern standard, control system outside the aircraft, inside the pilot is greeted by a wheel attached to a more traditional stick. The wheel would be turned left and right to control the wing warping and then pushed fore and aft to control pitch. Another fascinating example of the differing solutions early aviations pioneers found during the first few years of flight.

The Deperdussin proved to be an impressive performed, setting a number of Speed records in 1910 alongside a number of top 3 finishes in some premier racing events across Europe. The aircraft also saw a great deal of service with Deperdussin’s own flying schools.

Some examples of the type even made it as far as Australia, joining the Central Flying School at Point Cook, where one example still remains on display. 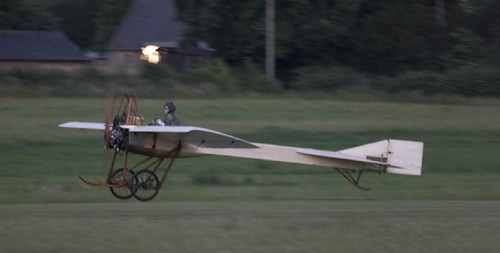 The Collection’s airframe (G-AANH) is believed to the 43rd aircraft produced, powered by a 30hp Anzani Y-Type 3 Cylinder engine. The aircraft was used for training at Hendon during the early 1910s before being damaged and subsequently sold in 1914. The new owner, AE Grimmer, carried out repairs and flew the aircraft again from a polo ground near Bedford. 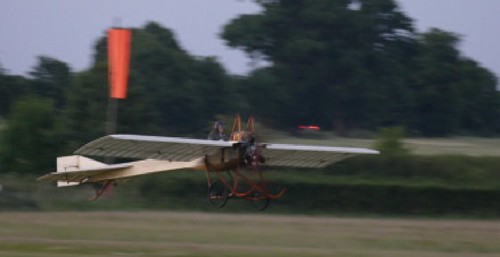 Richard Shuttleworth acquired the airframe in 1936 and was rebuilt and recovered by Richard Shuttleworth alongside his mother and sister in the house before flying again in 1937. Luckily the aircraft survived WW2 in storage and has been a popular performer with the collection for years. Even to this day, 108 years on from its first flight this graceful machine can be seen making short hops up and down the Old Warden runway, much to the delight of the gathered crowds.