Being more of a Warbird fan than modern military it has been a good few years since I’ve attended a show day at RIAT but with no Flying Legends clash in 2017 and a very impressive line up, I decided that it was time for a return. 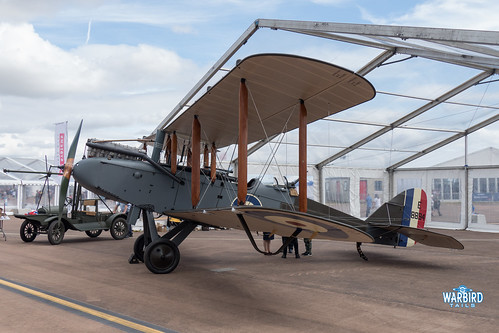 2017s show wasn’t without vintage elements of course, the static display saw the public debut of HACs DH9 which looked stunning as part of the BAE Systems heritage display alongside the Old Warden based Hurricane and Provost and Strikemaster Display’s Strikemaster. 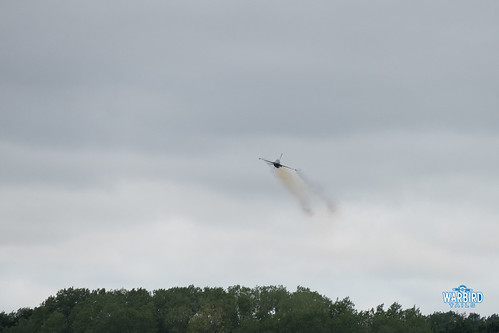 The static displays at Fairford could almost fill a day in themselves, I spent a couple of hours simply taking it all in with a chance to have a look inside a number of A400s and Hercules along with rarities such as a U2, B52 and B1. It would be another American bomber that would steal the show however, more on that later! 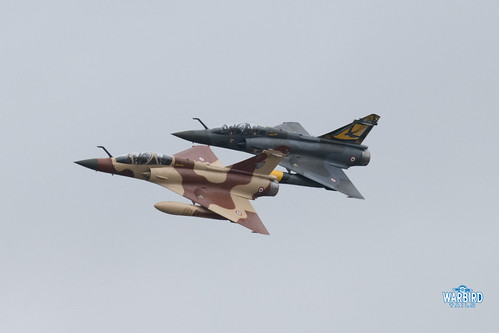 The flying display was sadly limited to larlgey flat displays due to cloud for most of the day but some impressive routines were seen from the likes of the Turkish F-16, Spanish F-18, Italian Tornado (how great was it to see a Tornado displaying again?) and the incredible French Mirage 2000 pair. 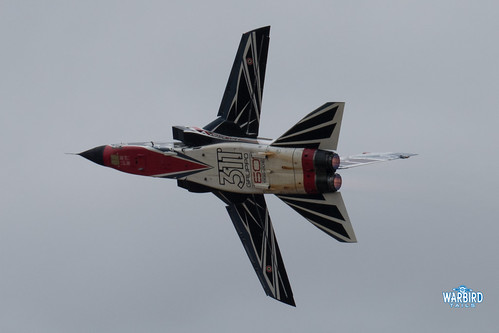 Of the “modern” military displays on the day my highlights were probably the SAAB 105 and Pilatus PC-9. The former due to it’s classic jet appeal and graceful aerobatics and the latter for a simply stunning series of advanced aerobatics. 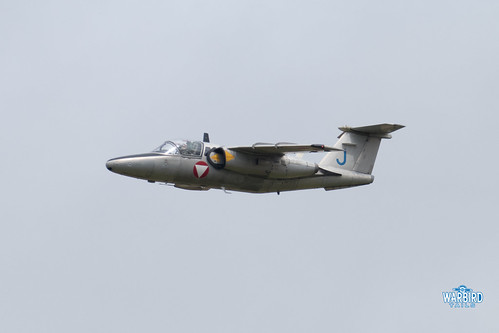 There was a run of acts from around 1pm that must rank up there as some of the most impressively sequenced flying of all time. The Battle of Britain Memorial flight took to the sky with a four ship of fighters (3 Spitfires and 1 Hurricane) before being joined by the Lancaster, fresh out of overhaul. This was followed by the BBMFs “Thompson” display, marking their 60th anniversary. I have to say I was really impressed by this, the sight of the four fighters accompanying the Lancaster was fantastic but the tail chase sequence that the fighters flew afterwards has to be one of the most memorable bits of flying I can remember from the flight. 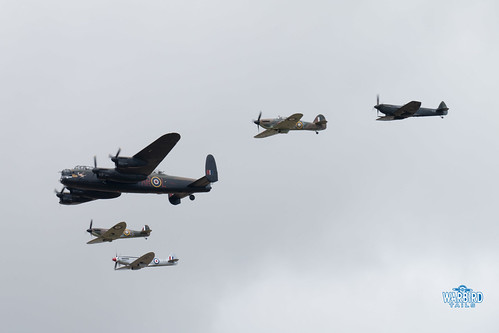 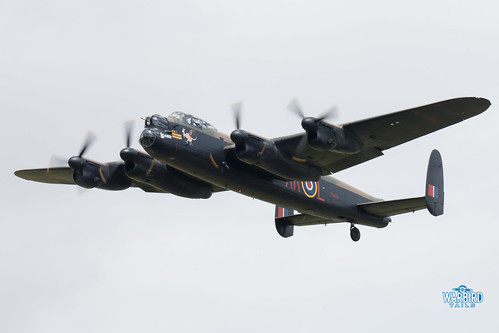 Not long after the BBMF had departed another classic bomber appeared on the horizon, this time it was B-17 Sally B, another icon of the UK airshow circuit flown with typical zeal and making a big impression on the expansive display line. As Sally B cleared a much rumoured act appeared on the horizon. A Northrop Grumman B-2 “Stealth Bomber” had been flown across from the US on a training exercise to carry out a sequence of flypasts at Fairford.

Watching this unmistakable silhouette in the distant hold around 20 minutes before its slot marked the start of a seemingly endless wait in one of those “goosebumps” moments, it was really hard to believe it was happening. Thankfully we had the high energy aerobatics of Peter Teichman in his P-51D to keep us entertained as we waited. As the Mustang flew its final pass the B-2 disappeared behind the airfield, accompanied by two F-15s. From my distant memory of old Mildenhall appearances I was expecting the B-2 to carry out some high level flat passes and to offer a pleasant view of the underside of this unique machine. In practice we were treated to two flowing topside passes from the B-2 with an F-15 on each wing, airshow perfection! 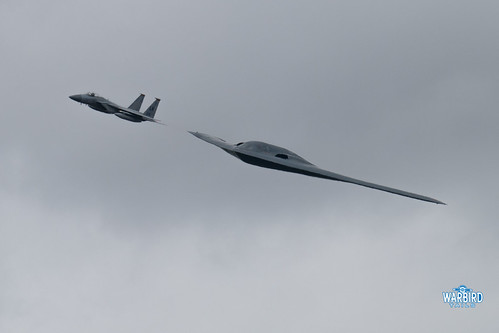 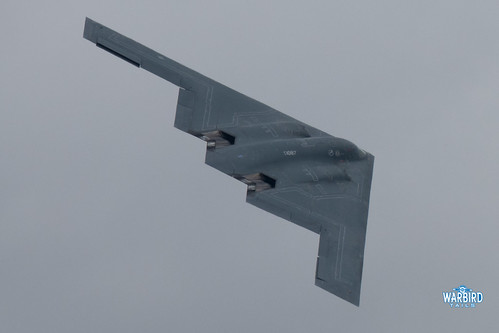 With the B-2 departed there was no chance to catch your breath as the European based USAF assets came through in a series of high energy passes featuring combinations of F-15s and F-16s each concluding with zoom climbs. Then came another high point in the programme, the Heritage Flight. Originally planned to be the F-22 Raptor and P-51D Mustang “Frenesi”, plan B had become P-51B Berlin Express, fresh of its transatlantic flight. Ultimately an incident at Duxford the weekend before meant that Berlin Express was unavailable and Frenesi was used. After a physics defying solo display from the Raptor, the Mustang joined up for the Heritage flight routine. This never fails to impress, though it does lack the dynamic nature of the RAF Synchro routine from a few years ago. 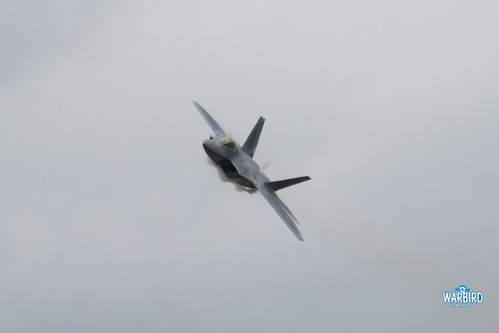 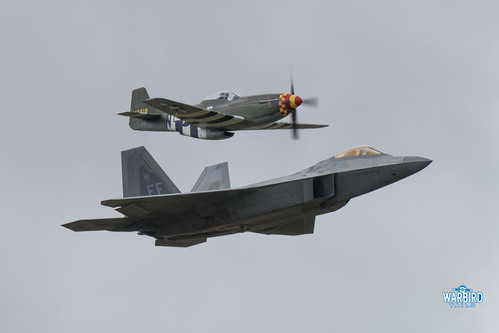 As if that incredible sequence of US based displays wasn’t enough, the USAF aerobatic team, The Thunderbirds then took centre stage with their six F-16s. It may be my memory but the Thunderbirds seemed to lack the impact I expected, with their display feeling a little disjointed at times, though unquestionably impressive to have a large number of F-16s tearing around the airfield. I think it is fair to say that other teams such as the Patrioille Suisse and the very impressive Finnish Midnight Hawks (who performed the only rolling formation display of the day) left more of an impression. 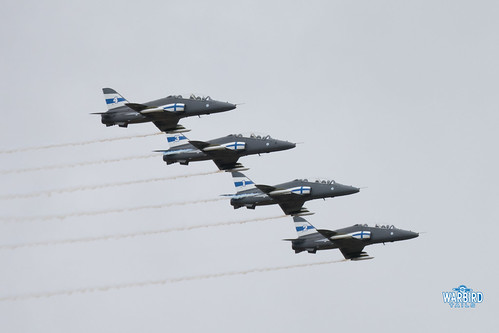 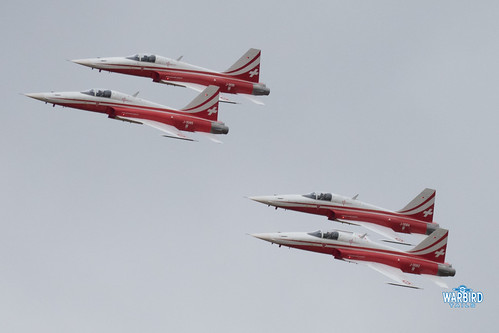 There were plenty of other impressive displays on show and I couldn’t possibly list all of them but other notable performances came from the Airbus A400m and C-27J Spartan, the letters aerobatic display was truly incredible. 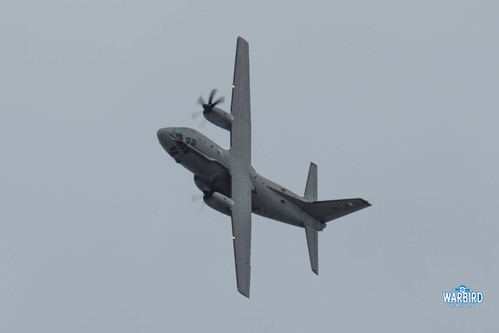 I must admit to departing before the Ukranian SU27 took to the air, which is why there are only pictures of the static example in this post. It looked as though the weather was really going to close in so I made the decision to leave a little early. I’d have liked to see the Sukhoi after so many years away, perhaps another year. 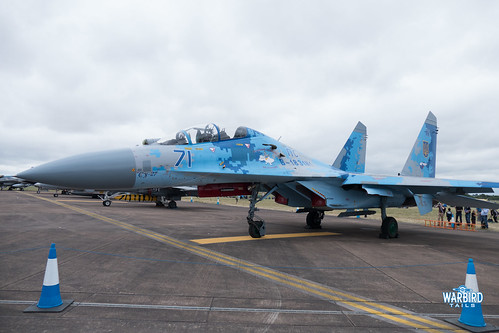 I’ve focused this review on the vintage aircraft displays and the USAF 70th segments as they really struck home and stayed with me from the day. RIAT is without doubt a brilliant airshow with plenty of impressive sights. I certainly had a great day at RIAT 2017 and look forward to making a return visit in the coming years.