After the original XF5F Skyrocket project came to an end Grumman sought to develop a new variation of the same design. The XP-50 was effectively a land based variant of the naval skyrocket, ordered by the US Army Air Corps in November 1939.

One obvious difference becomes clear when you first lay eyes on the XP-50. The distinctive short nose of the XF5F is a distant memory and has been replaced by a far more elegant, in proportion nose. Not only did this arguably improve the looks of the type but it also allowed space for the nose wheel to retract into the airframe. 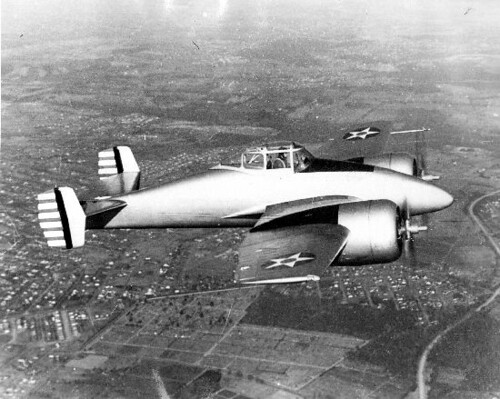 The only XP-50 flew in February 1941 and was tragically lost in May of that year after a supercharger explosion. The XP-50 looked set to have impressive performance figures with a projected top speed of 424mph. With the loss of the prototype Grumman decided to cut their losses and initially started work on an improved version of the design, the XP-65. Ultimately though the project was abandoned. 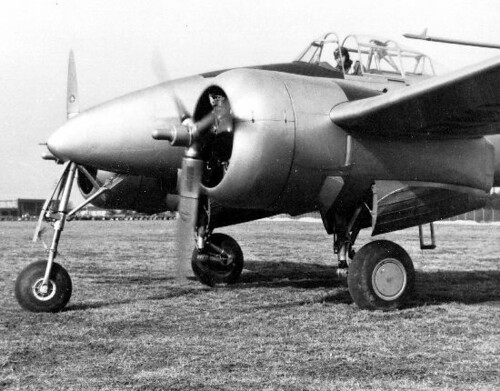 While the XP-50 had proved to be just as under-appreciated as the Skyrocket it did plant a seed for the designers at Grumman. The idea of a high powered, tricycle gear twin engined fighter would eventually come to fruition as part of the XF7F project. The first example of this new design first flew late in 1943 and it became instantly clear that this airframe was on another level.

The initial example of what would become known as the Tigercat was considerably faster than Grumman’s previous success, the Hellcat.

Powered by two Pratt & Whitney R-2800s producing 4,200hp between them, the Tigercat ranks among the ultimate piston fighters. The new Grumman twin was capable of reaching 460mph with a range of 1,200 miles. This meant that the new fighter was not only faster than the majority of other available fighters at the time but could also fly further.

Being a naval deisgn, the idea was always for the aircraft to be operated off a carrier. Unfortunately the impressive armament (four cannons, machine guns and underwing hardpoints) combined with impressive performance made for a heavy aircraft with high stalling speed. This combined with poor directional stability in the landing phase meant that the Tigercat was ruled unsuitable for carrier operations. Had it not been for these carrier based issues, it is likely the Tigercat would have seen service before the end of the war, having been sent to Marine combat units in 1944. 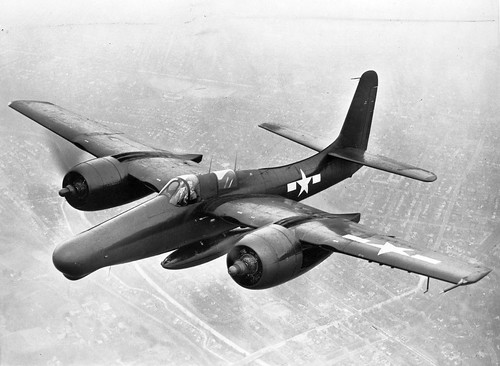 Those airframes that had been delivered to the Marines late in the war were among the few left within striking distance of Korea when that conflict broke out. The F7F-3N Night-fighting variant would go on to see the greatest operational use with VMF 542 having 24 examples of the aircraft on strength in July 1950. Upon arrival in Korea they were soon put to use even carrying out reconnaissance as part of the initial ferry flight. The Tigercats would go on to be used as escort aircraft for B-29 bombing raids throughout the conflict, ground attack bombing and strafing runs. The only air to air kills that Tigercats managed to achieve during the conflict were a pair of Polikarpov PO-2s, no mean feat in a machine as fast as the Tigercat. 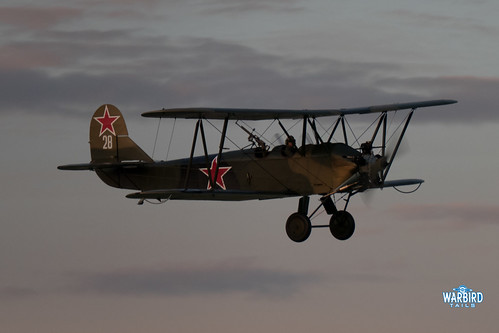 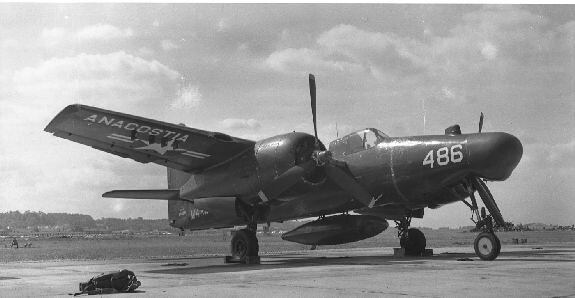 One story from a US Navy legend always sticks in my mind when considering how the Tigercat would have performed in a WW2 style combat environment. Alex Vraciu, legendary Hellcat ace told a great story of one sortie he was flying in an F8F Bearcat. He commented how he came across a Tigercat and proceeded to engage the pilot for a mock dogfight.

Alex commented that he quickly had a challenging fight on his hands and the two turned and fought to get on each others tail all the way down to the deck before ultimately calling it a draw. That story is a real testament to the immense power of the Tigercat.

Post war Tigercats saw many uses, in military service they were used to two target drones for target practice and would also see extensive use as fire bombers in civilian use. Like many aircraft of the era a number survive today in flying condition, all based in the United States, performing at airshows and air races.

To this day the Tigercat is a stunning piece of design. It becomes immediately apparent that this is an airframe designed for speed and speed alone with the fuselage appearing no wider than the average pilot. Either side of this narrow body are the two huge round engines which give the aircraft its incredible performance. Despite this impressive performance and design there were evidently a number of issues that made the aircraft challenging to use in its proposed environment, a carrier deck. It is probably for this reason that Grumman were so quick to develop the F8F Bearcat which was far more capable for carrier aircraft. None the less the Tigercat joins that elusive list of “ultimate piston” types alongside those other aircraft that bridged the piston and jet age.

The Tigercat holds a special place in my heart, as I’m sure it does with any other enthusiast that grew up in the late 90s and early 00s at Duxford. For many years Stephen Grey operated a Tigercat as part of the Fighter Collection. I have countless memories of the familiar profile of the Tigercat leading its older siblings; Wildcat, Hellcat and the final piston cat, the Bearcat. I remember being mesmerised at Pete Kynsey’s punchy masterclass solo displays in the aircraft alongside graceful pairs display with Stephen Grey flying on one wing in the Bearcat. It was a sad day when it was announced that the Tigercat would be departing back to the states and marked the end of an era for many. The Flying Legends Balbo finale certainly hasn’t been the same without having the powerful Grumman twin leading the pack!

This concludes the Warbird Tails profile of Grumman’s impressive, if ultimtaley short lived fast twins. These designs were truly unique and certainly delivered impressive performance, it is a great shame they weren’t able to prove themselves in major combat. Despite the relative obscurity of the Tigercat it is great that there are still 8 out of the original 364 built in airworth conidtion and a further three on static display. The photographs included are from my own collection and the archive shots are form the San Diego Air and Space Musueum archives.