I cannot remember an airshow season in recent times where we have seen such a step up in the prominence of one particular type. Over a period of years we have seen near constant build up of airworthy Spitfire’s joining the ranks and various other types come and go but it’s very rare for numbers of mass gatherings to increase so markedly over a single year. 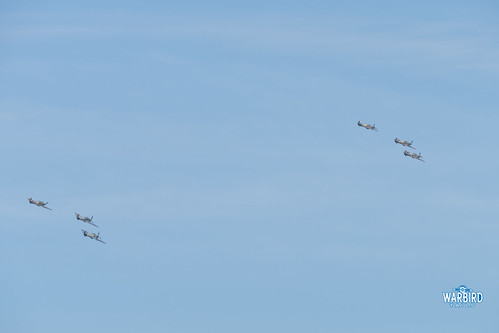 Yet 2017 will unquestionably be remembered by many enthusiasts as the year of the Hawker Hurricane. For as long as I can remember it has been a real coup and novelty if any show has managed to field more than one of this unsung soldier of the Battle of Britain. Duxford’s big Battle of Britain shows had only managed to put three together at the same time since the record four ship of 2010. With the arrival of R4118 at Old Warden in 2015 we have grown more accustomed to seeing a pair of Hurricanes but from June this year things started to snow ball. 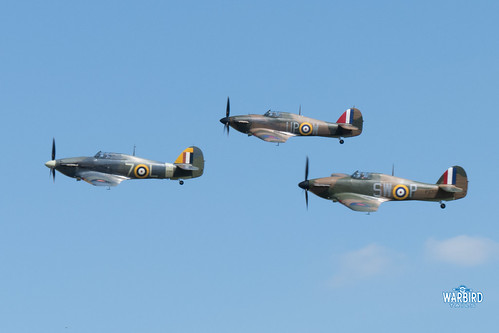 With P3717 completing flight testing out of Turweston we were treated to two separate 3-ship displays at Old Warden, before G-ROBT/P2902, joined the ranks to deliver and unthinkable five ship performance at Flying Legends. 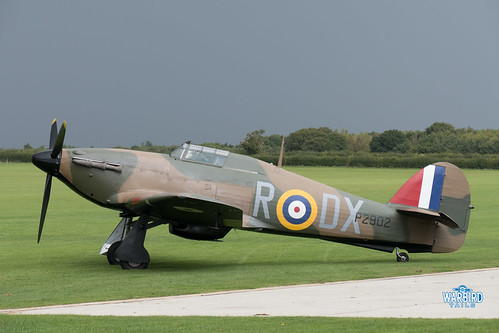 The icing on the cake was the incredible six ship gathering that took place at this years September show at Duxford. The fact that six Hurricanes can now be seen together is truly incredible, but the fact that next year we could easily see eight is downright extraordinary. 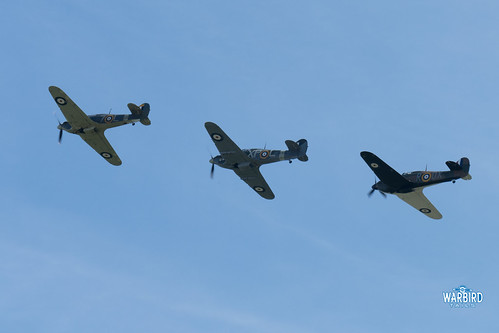 Out of those six Hurricanes that patrolled the Cambridgeshire Skies in late September, five have something very specific in common. Every single one of those aircraft, with the exception of the Shuttleworth Collection’s Sea Hurricane, was completely rebuilt and brought back to life by Hawker Restorations. There was no question in my mind then, when it came to putting together an off-season schedule for this site, I wanted to devote some time to the company that have done so much for the memory of this wonderful aeroplane.

I was lucky enough to be given the opportunity to visit Hawker Restoration’s new home base, the wonderfully picturesque Elmsett airfield, where I was able to speak with the team behind these fantastic restorations. 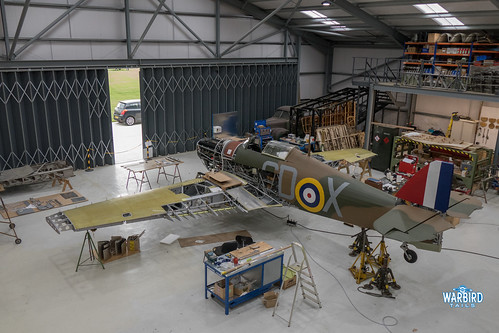 Travelling up to the airfield was a wonderful experience, with the graceful Suffolk countryside and winding lanes managing to look beautiful despite the drab autumnal skies. Arriving at Elmsett you’re greeted by a idyllic grass airfield that gives little indication of the incredible work going on within. Walking in to one of the hangars on the airfield I found a busy workshop of craftsmen gathered around a largely complete and unmistakable Hawker Hurricane. This aircraft, G-HRLI/V7479, will become the latest completed project for the company when it takes to the skies in 2018. You can learn a great deal about the history of this airframe and join the supporters club here for regular updates. This aircraft is particularly special for the team as it is the first time the wings have been constructed in house (more on that later). 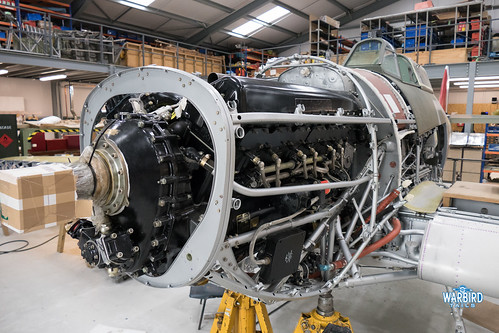 Having taken in the impressive sight of V7479, I’m greeted by Andrew Wenman, who’s father took over the company a couple of years ago. Andrew now carries out the day to day operations of the company and talked me through a little of the recent history. Hawker Restorations is a very well known name in historic aviation circles, having been started over 20 years ago by Sir Tim Wallis and Tony Ditheridge. While the bulk of the teams output has centred around the Hurricane over the years, the origins are actually in First World War aircraft. This is something Andrew explained they are very much still part of the picture, with an SE5a project under construction.

Those with more than a passing interest in these things will remember that one of the challenges Hawker Restorations previously faced with their old location, is that there was no airfield access. On completion each airframe had to be dismantled and transported to the nearest airfield or planned operating base. Andrew explained the challenges this imposed, G-ROBT for example, which was largely complete when the company moved and it took over two hours just to get the airframe out of the old hangar and on to a trailer. Suffice to say it took far less time to simply roll the airframe out of the hangar on completion at Elmsett. Clearly the move to an on airfield base makes things far more straightforward during the testing phase as well as any adjustments can be easily made without having to transport crew and equipment. It is also much more convenient for pilot clients to visit work being carried out. 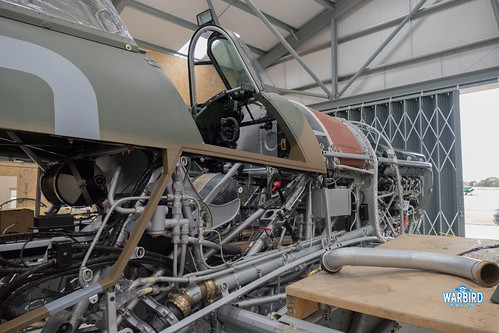 Not only has the move provided a great improvement in the ease of completing the projects but it also coincided with an expansion of the team. This allowed the wing building element of the restoration to be brought in house, meaning that when the next project takes to the air, the whole airframe will have been completed by the Hawker Restorations team.

It may seem a very broad question, but just what does go in to building a Hurricane? The answer is more than you could possibly imagine or certainly more than you could put down in one article! Andrew did give me some indications of course and I was also offered the chance to chat with some of the team. 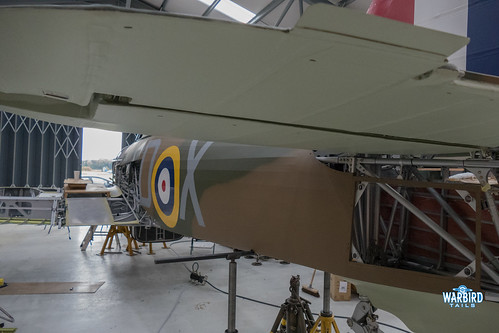 I first spoke to Matt, a graduate apprentice with the company, who previously worked on the impressive Hampden project at the Royal Air Force Museum Cosford. He was clearly enjoying the chance to work on an airworthy, rather than static project and described the Hurricane as a “toolmakers” aircraft, rather than the more straightforward construction of the Hampden. 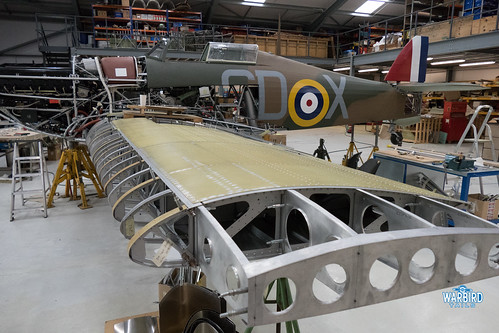 Another important point which Andrew confirmed is that, wherever possible, originality will be maintained, though with the understandable need for security and safety, new parts do have to be manufactured. This was the case with some of the wing construction which I discussed with Brian, who has been working on the wings now for the past 18 months. He explained how each new part has been created and compared with the original wing section they have in the workshop, to ensure consistency. 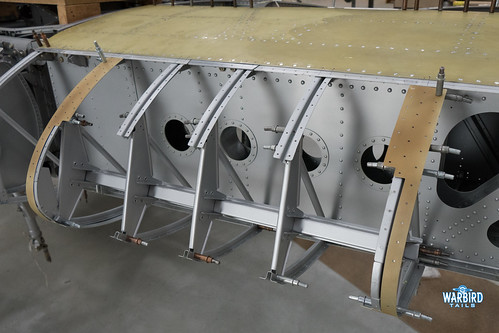 Many readers will already be aware that the Hurricane is much more 1930s biplane construction than aircraft such as the Spitfire but it became apparent throughout my visit how helpful this was during the war. The fabric covering was far easier to repair than replacing metal skins and Brian explained to me that each section of the wing would be relatively easy to remove and replace, should any damage occur. While the original Hurricanes featured fabric wings (affectionally known as “rag-wing” Hurricanes), the majority featured a metal wing. The wing and spar design is an intricate creation with many layers building up to bring it to the impressive state seen today. Looking at the wing design Brian also explained the natural progression of the design, the inner wings retained a diagonal rib system, an overhand from the “rag-wing” days, while the outer wing follows more modern structure. 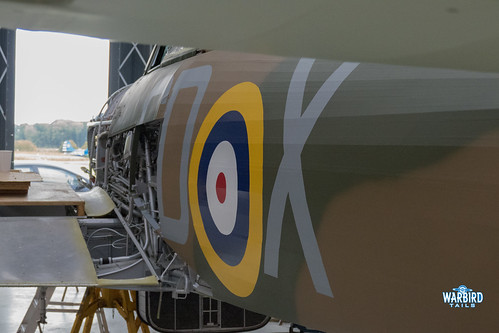 The final member of the team I had the chance to speak with was Rich, who is currently responsible for the systems on the aircraft. I wish I could go in to all of the information he shared with me during my visit, but there was almost enough for a post in itself! Rich explained in detail how the Hurricane’s cooling and oil systems work and pointed out that the Hurricane lends itself to carrying out engine runs without the wings on, thanks to the central radiator and oil cooler. This is something that wouldn’t be an option on the Spitfire for example and must have been very useful back in the days when there was no airfield available. Rich also gave me a wonderful guided tour of the immaculate Merlin III installed on the aircraft, overhauled by Maurice Hammond’s Eye-Tech engineering. 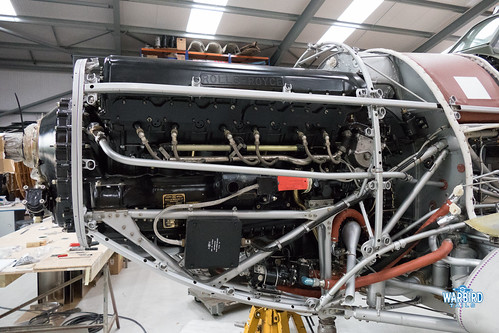 So once all of this incredible work has been completed by the whole team over a number of years, the aircraft will finally be ready to roll out. The Merlin engine is typically run for 3 or 4 hours on the ground before the Permit to Test will be issued. An initial “shakedown” flight will always take place, typically well within the confines of the field for obvious reasons. With the initial flight and any snags corrected a full 5 hour test flight process can then be completed before the aircraft is ready to be delivered to the owner. 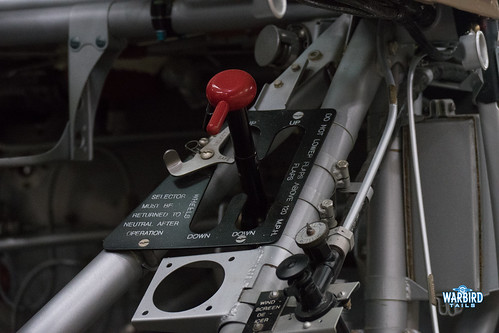 It was clear from my visit that the team give absolutely everything in order to get these machines working at their best and on time. The hard work that went into ensuring G-ROBT was able to make it to Duxford on the morning of the Flying Legends show to make its debut display is certainly a testament to this. 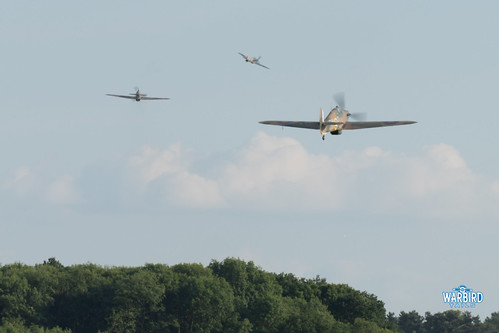 I’ve been around old aeroplanes for long enough now to fully appreciate the hard work and number of man hours that goes on behind every single airworthy aeroplane but this visit to Hawker Restorations was truly eye-opening. It was a pleasure to meet this great team of individuals working together to deliver world class warbird restorations. Once this next project is completed the team will commence work on an ambitious two-seater project, which will no doubt prove popular as a potential revenue stream with the recent boom in experience flights. The two-seater project is currently owned by Hawker Restorations, along with a 50% share (G-HRLI/V7479), both of which are currently up for sale and would no doubt make wonderful investments for any Hawker enthusiasts. 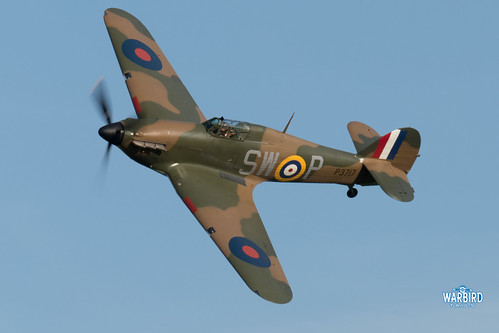 I’d like to thank Andrew and all the team at Hawker Restorations for welcoming me as part of this article and for providing me with some fascinating information. More about the company can be found on their website here.