Following earlier posts covering the UK surviving examples of the Messerschmitt BF109/Hispano Buchon, I wanted to go a stage further and look at the remaining UK based military Messerschmitts.

The ME110 is perhaps the second most familiar Messerschmitt product of the war, wreaking havoc with RAF bombers during the Battle of Britain and throughout the war. With its distinctive twin tail and a pair of DB605 engines this aircraft proved a potent machine in combat.

The RAF Museum’s example was built in 1944 and after a short service career was ultimately surrendered to allies in Denmark in May 1945. By August of that year the airframe had been ferried to Farnborough for evaluation, by legendary test pilot Eric “Winkle” Brown.

After a year of evaluation flights the airframe was selected for preservation and was placed into museum storage. After a number of moves up and down the country to different storage locations the 110 ended up at Biggin Hill in 1960 before subsequently moving to St Athan during the 1970s. In 1978 the aircraft was moved to the Royal Air Force Museum at Hendon and put on display in the Battle of Britain hangar, where it would remain until late 2016, when it was relocated to the bomber hall. The 110 is currently stored in a dismantled state but will eventually be returned to permanent display alongside the other aircraft in the bomber hall.

A much later development from the Messerschmitt company is this incredible looking airframe. These aircraft were heavily armed, even featuring electronically operated gun turrets on the sides of the fuselage. They were used against the USAAF daylight bombing raids and proved successful until the allied long-range escort fighters became more common. 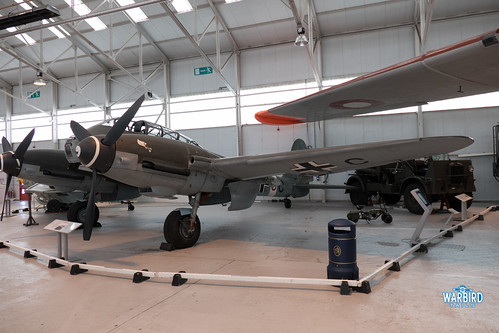 The ME410 on display at Cosford is the only surviving restored example of the type in the world (another example, owned by the National Air & Space Museum, is currently in storage awaiting restoration). This aircraft was built in 1943 and was among the German aircraft recovered in Denmark in May 1945. The ME410 was then ferried back to the UK, which was not without incident. Minor repairs were required on the trip following an engine fire. The 410 arrived at Farnborough in October 1945 but was never evaluated in the air, ultimately making a final flight to Brize Norton in December before being selected for preservation. Much like the other German aircraft in the RAF Museum collection, the 410 moved around a number of sites over the years with a notable stay at St Athan in the 1980s. 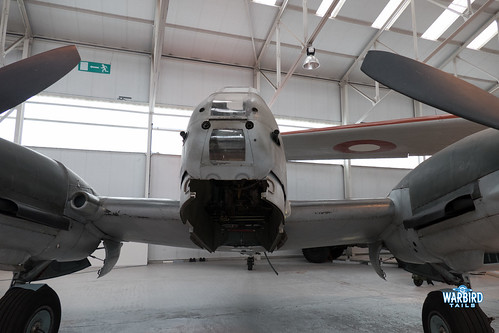 While at St Athan the Daimler-Benz DB603 engines were restored to working order and the engines were run, which must have been an incredible sight! By 1989 the 410 was returned to Cosford for display and has been on show there ever since.

This type really needs no introduction, the ME262 was one of the first jet aircraft to make an impact in the Second World War. It featured a futuristic swept wing design and made for a potent weapon in the fight against the allied bombing raids. 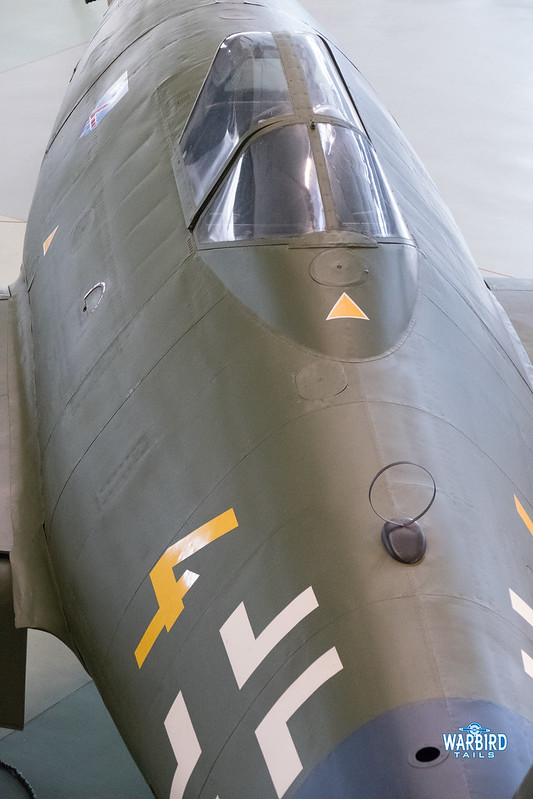 The only example on display in the UK, much like the other aircraft in this post, is part of the Royal Air Force Museum collection. The airframe in question 112372, was constructed and test flown in March 1945 before joining JG7. 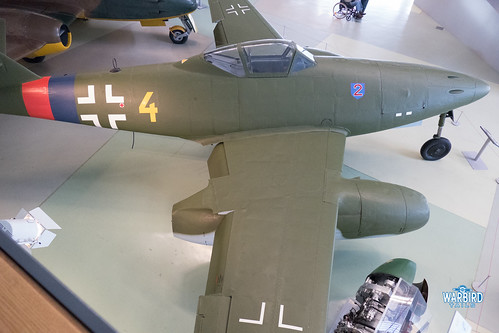 Unsurprisingly this airframe’s service career was short-lived, being surrendered to the allies in May of 1945. There was some confusion over the actual identity of this aircraft, after much research the serial 112372 remains attributed, which would put the airframe flying at Farnborough in September 1945. While at Farnborough, test pilots logged over 8 hours flight time during their evaluations.

Following its test flying career the airframe was part of the museum at RAF Cranwell until 1960 eventually ending up at St Athan alongside the ME410 in the late 1980s. In 1989 112372 arrived at Cosford and remained on display there until 2003 when the jet made the journey down to the Hendon site, before returning to Cosford once again in 2017.