Undoubtedly a highlight of 2017, the return of the Horsemen aerobatic team after a number of years absence at this years Flying Legends display was a welcome one. Shortly after the team’s participation was announced it was confirmed that they would be shipping the newly restored P-51D Mustang “Frenesi” for the occasion. The thought of a Horsemen return, combined with the prospect of a new Mustang in the UK skies was exciting enough, before another special announcement was made. 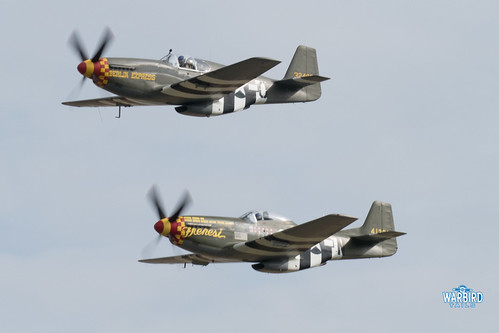 Just a couple of weeks before Flying Legends 2017 it was announced that P-51B “Berlin Express” an extremely rare Malcolm Hood example of the classic fighter, would also be taking part in the Horsemen display. Not only would the aircraft be taking part, but it would be flying over from Texas for the show. 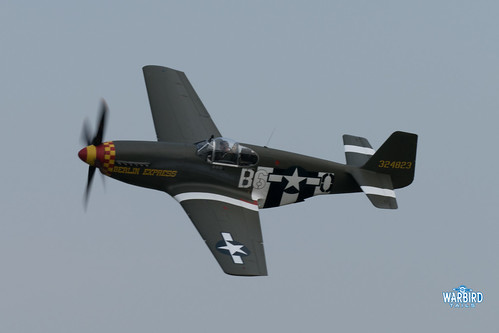 10 years on from the last transatlantic Mustang (Ed Shipley ferried TF-51D “Miss Velma” across in 2007), it was incredible to see how technology has developed. Through the magic of the internet we were able to track Lee Lauderbeck and the Mustang as it made its way across the great ocean expanses, along with regular pictorial updates from the Pursuit Aviation team on Instagram. 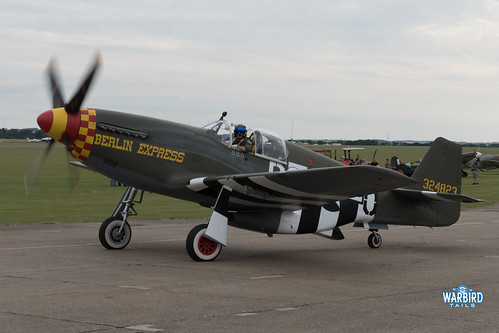 Having seen images from the arrival at Duxford I can only imagine how it must have felt to watch the Mustang conclude this epic journey. Arriving at Duxford on the Thursday before the show I made sure that Hangar 2 would be my first stop to take a look at the new arrival. Later in the day those on the field were treated to a practise display from Nick Grey (the planned Joker aircraft for the weekend). This routine showed this unique Mustang off in fine style as you might expect. The Friday saw another outing for the Mustang as part of a Horsemen practise flight. 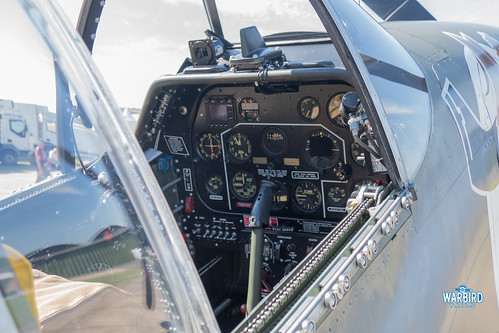 As most readers will know, the weekend’s flying was cut short for this Mustang as the canopy disintegrated during its first run in of the display. The aircraft was expertly brought back into land and remained on static display for the weekend. This meant that the Horsemen were unable to perform on the Saturday, though this didn’t stop them (Ed Shipley, Steven Hinton and Dan Freidkin) putting on a show-stopping performance on the Sunday (with “Miss Helen” stepping in for the injured “Berlin Express”). 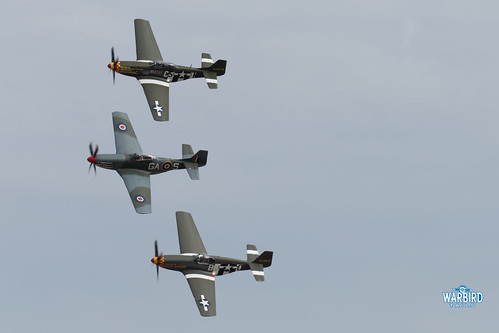 With Berlin Express still residing in Hangar 2 at Duxford, hopefully 2018 will give us another chance to see this beautiful Mustang take part in a public display in the UK alongside the equally stunning Frenesi (more on this Mustang in a later Airshow Moments post).

If you are interested in reading more about Berlin Express and the epic journey to Duxford, I cannot recommend this excellent article on The Vintage Aviation Echo enough, a wonderfully detailed account with plenty of insight from Lee Lauderbeck on the flight and its challenges.