This post takes a look at one of history’s most fascinating aeroplanes, the utterly mad ME163 Komet, a rocket powered interceptor developed during the second world war. This post serves as a neat conclusion to both the UK Messerschmitt series, as a number of surviving examples of this type are in UK museums, as well as a further brief step into the Aero Engines series, (though more on the rocket power-plant will be covered in the final part).

The Komet made use of the impressive Walter HWK 109-509A-2 rocket motor. Though this engine provided fierce performance, it came at a high price. The highly volatile fuels used in the engine would combust as soon as they came into contact with organic matter, or even the air. This made for a highly dangerous mixture and resulted in great care and attention being required when preparing and operating the aircraft. This extended to the point where the two elements of the fuel, “T-Stoff” and “C-Stoff” had to be separately transferred into the airframe, with the respective tankers never being within close proximity. 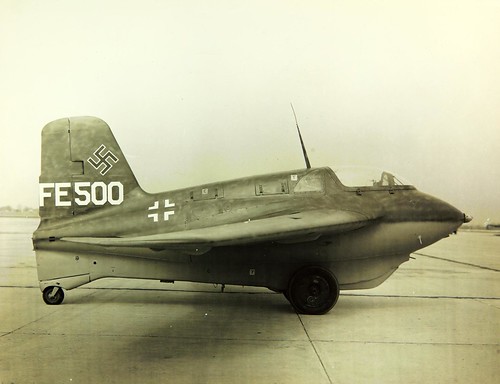 Early prototype versions of the 163 immediately showed the designs potential quickly setting a new world speed record of 1,004kph in 1941. Production began in earnest with the ME163B which featured a number of design refinements. 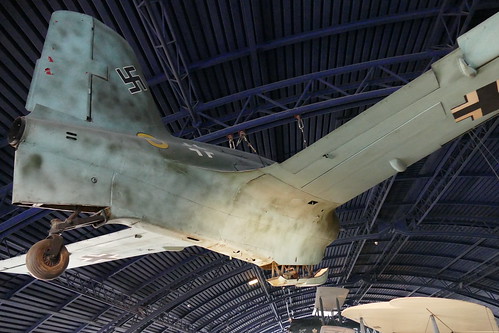 The Komet had no landing gear in the traditional sense. When being prepared on the ground it could be moved on a two wheeled trolly and this would also be used during the take-off run. Once airborne the trolley would be jettisoned (care had to be taken that this was released once sufficient height had been attained as the springs in the shock absorbers could result in the trolley bringing the aircraft down, this was fixed on subsequent variants with an unsprung trolley) allowing the aircraft to accelerate drag free and a significant weight reduction. When the time came to land the pilot had to lower a skid positioned down the centre of the airframe which would provide some cushioning on landing. There were a number of instances where this skid malfunctioned, or pilots simply forgot which resulted in a very hard landing and back injuries. 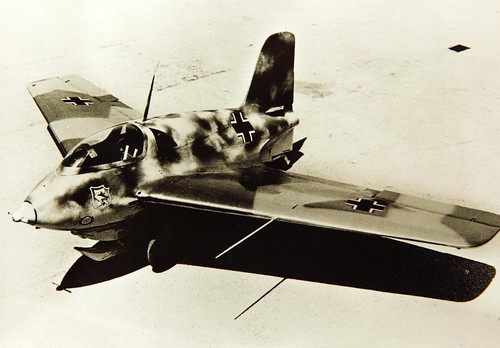 On take off, which took place at around 200mph the aircraft would then be kept in level flight until a climbing speed of over 400mph was reached. It was at this stage that the trolly would be jettisoned and a steep climb (70 degrees) would commence. This would quite easily result in a Komet reaching 39,000ft from a standing start in as little as three minutes. Easily enough to reach an allied bomber flight and take them by surprise. Once at combat altitude these aircraft could easily operate at speeds in excess in 500mph. This significant speed advantage over the bombers made engaging very challenging, meaning that the Komet was a less effective weapon than many expected.

Another compromise of that extreme speed and performance was the incredibly short range. Typically the powered element of a 163 flight would last only 7 or so minutes. Thankfully the 163 had incredibly gliding characteristics which made the descend and landing phase relatively straight forward. The reduction in speed did prove dangerous from an allied fighter point of view, as allied pilots were quick to pounce on any gliding Komets. Once landed, there would be a short wait for the trolley to be re-fitted which would again leave the 163 vulnerable to enemy attacks. The 163 was responsible for 16 confirmed kills during its time in service but ultimately proved unsuccessful.

There can be no denying, however, that the ME163 was an engineering marvel at the time and to this day presents a very interesting project. The performance figures that were attained during the dark days of the second world war are still remarkable and would not be outdone by any conventional aircraft until after the war.

Out of the 370 airframes built around 20 were captured by the allies and sent to various locations for testing. Of those 20 airframes 10 survive today. The UK is home to three of those survivors. The Science Museum in London is home to ME163B “Yellow 6” which has been displayed suspended in the museum’s flight gallery since 1964. At the Royal Air Force Museum in Cosford, another ME163B is on display. The final UK example is “Yellow 15”, currently on display at East Fortune.