In this penultimate part of the Aero Engines series, I take a look at a small selection of the very first steps into jet power that spread from the early days of World War 2 right through to the early 1950s.

By the late 1930s things were starting to move in the jet design world. The main issue was to be getting the governments to take the proposals seriously as war approached, alongside building a stable design capable of mass production. Below I have covered a series of engines that take us through from pre-war to some familiar post war types. As always I’ll add the disclaimer that I am no engineer and these posts are more to serve as a historical narrative than technical guide. 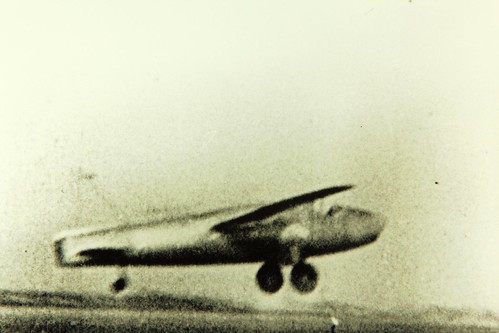 The Heinkel HeS 3 was an incredibly significant design, being the first jet engine to power an aircraft. This engine followed on from an earlier design, the HeS 1, which had been powered by Hydrogen gas. This new design would benefit from using liquid fuels. The HeS 3 first ran in 1938 but was not deemed complete until 1939 after some performance issues were addressed. The engine first took to the skies slung underneath the ungainly HE118 dive bomber, before eventually being slated for a new all jet design, the HE178. This centrifugal jet engine design was capable of producing 1,100 pounds of thrust at 11,600rpm.

The 178 would go on to be the first aircraft to successfully fly only utilising jet power on the 27th August 1939. This was a huge step forward in aeronautical design and was presented to German military officials as such. Surprisingly the design was not immediately provided with government funding, despite the impressive feat. After concerns about Heinkel’s capacity to handle engine production funding was eventually provided which would go on to lead to larger versions of the engine, the HeS 6 and HeS 8. The latter of these designs would go on to power the Heinkel HE280 which was ultimately cancelled during the testing phase. 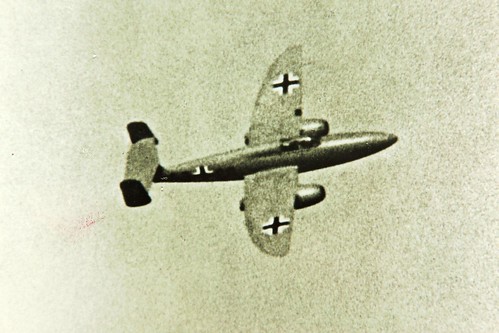 Despite these setbacks and eventual lack of development meant that Heinkel never saw any of their jet engine designs power any production aircraft. There is most certainly no doubt that the work the Heinkel team put into the early designs and the HE178 would go on to change aviation forever.

While the Heinkel designs clearly laid the groundwork for the eventual jet age, the next design under review really made that dream a reality. The Junkers Jumo 004 would prove to be the first turbojet engine to be mass produced. The engine was first run (on diesel fuel) in late 1940. Further tweaks and testing progressed and after difficulties with vibrations were overcome. The first major milestone came in December 1941 with a 10 hour test run ahead of the first flight (mounted on a Messerschmitt ME110) in January of the following year. 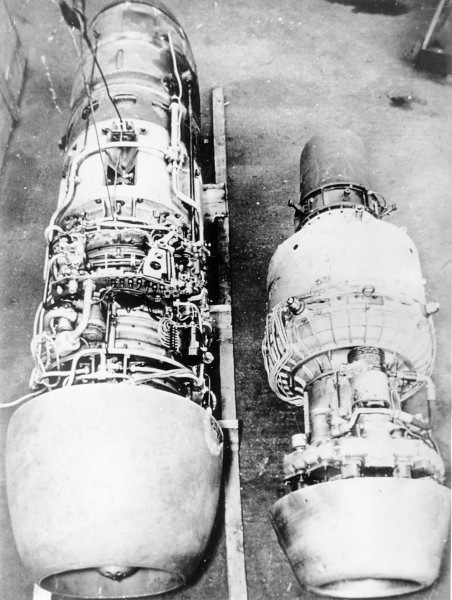 The 004 design looked very different to the Heinkel design with the turbojet design (featuring an 8-stage Axial Compressor along with 6 combustion chambers and a single stage turbine) resulting in an elongated appearance that provided the ME262 with its distinctive look. Compared to the earlier German attempts this engine provided more thrust (1,980 pounds of thrust) at a much lower speed (8,700rpm). Once the 262 (the most prolific use of the 004) took to the skies in July 1942 the government ordered 80 of the new engine. The earlier development versions of the engine made use of the best possible materials. This was not to be possible in the production variants and as such compromises had to be made which shortened each engine’s lifespan. One interesting aspect of the 004 was the starter motor, a small two-cylinder engine was used to start the jet. 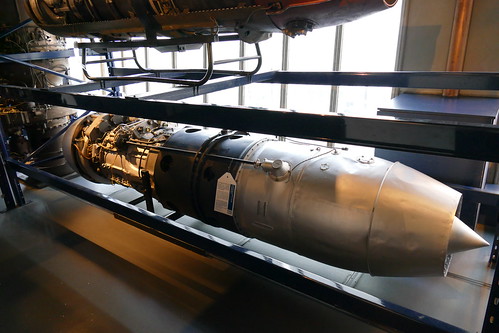 As design refinements continued production eventually moved on to the 004B which was lighter weight and had an increased overhaul time of 50 hours. In practice the production variants of these engines typically lasted anything between 10 and 25 hours. Much like many early jets the 004 had poor throttle response and risk of catastrophic failure if too much throttle was applied too quickly.

While the 004s problems with reliability and short overhaul intervals are well known, this engine resulted in the first regular use of jet power in aviation combat. The 262 would go on to become an iconic early jet. By the end of the war between 5,000 and 8,000 004 units had been produced.

The Power Jets team, led by Frank Whittle, were responsible for designing and developing the first allied jet engine design to take to the sky. The W1 was a development of the WU engine series which had first been tested as early as 1937. The Whittle designs were single-stage axial turbines with a number of combustion chambers. 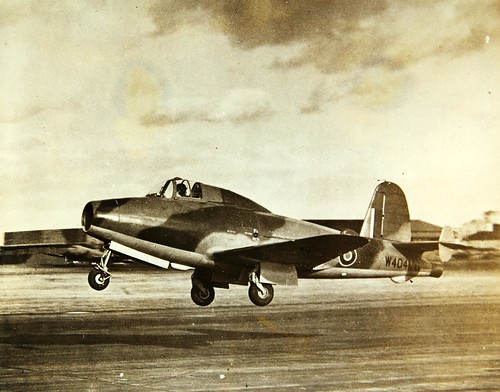 It was following a demonstration run of the WU unit, that the Air Ministry bought the engine which provided them with much needed capital to develop further. The W1 would go on to be developed after this purchase which would go on to power the first flying British jet the Gloster E28/39. The W1 produced around 1,300 pounds of thrust. 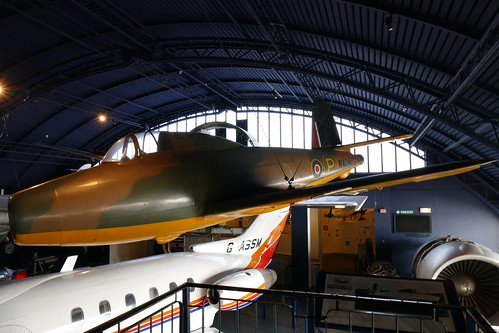 With the successful testing of the E28/39, power jets were asked to produce an engine capable of powering a new twin engined design, that would become the Gloster Meteor. The engine first ran in 1941 and would go on to be built under licence by Rover. The time with Rover proved difficult and ultimately the production would change to Rolls-Royce with Frank Whittle retaining a supervisory role. The production W2 units would go on to power the earlier variants of the Gloster Meteor. The W2 was a more powerful engine than the earlier W1, providing 2,485 pounds of thrust, running at 16,500rpm.

The de Havilland entry into the early days of jet design came from a design developed by Frank Halford. Much like the Power Jets designs from Whittle, the Goblin (originally known as the H-1) used a centrifugal compressor and made use of sixteen combustion chambers. The H1 was first test run in 1942 and initially powered the first Gloster Meteor, before eventually powering de Havilland’s own Vampire.

de Havilland were impressed with Halford’s work and soon bought the design, renaming  it the Goblin. As well as the Vampire the engine would also power the ill-fated DH108 Swallow. In terms of power, the Goblin raised the bar again, providing around 3,000 pounds of thrust at a reasonable speed of 10,500 RPM. 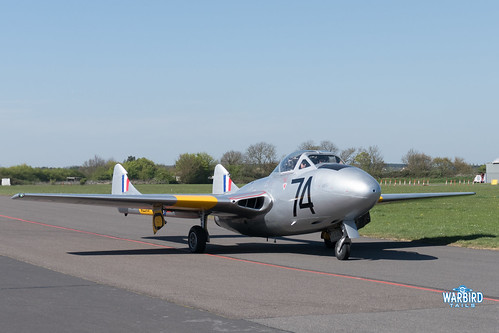 The Goblin was another interesting early jet design and would go on to see extensive use throughout the Vampire’s development and service life, with a number still remaining airworthy today.

The four designs I have chosen to review as part of this post explore the earliest steps into jet design, both experimental and the first attempts at mass production. These units powered some of the most iconic early jet designs and while not without their problems certainly went on to mark the start of a new age of aviation. The sixth and final part of this series will look at some of the alternative power-plants used during the second world war, particularly rockets and pulse jets, as well as taking a look at the later jet engine development.