The Royal Air Force Museum has a Mosquito on display at both its London and Cosford sites.  The airframe featured today is the Cosford example; TT.35 TA639. This aircraft was built at Hatfield in 1945 and was immediately sent into storage at Shawbury. This is where the aircraft remained until 1952 when it was transferred to Sywell for conversion to TI.35 standard. 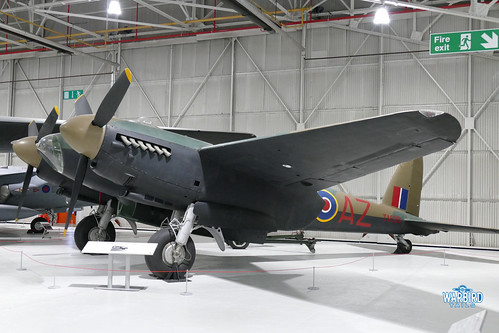 The aircraft went on to have a busy life as a target towing aircraft throughtout the 50s, eventually ending up at Exeter airport. As well as tug work the aircraft also participated in some air displays. In May 1963 the aircraft was struck off charge, following participation in the final Mosquito flypast at the airfield earlier that month. 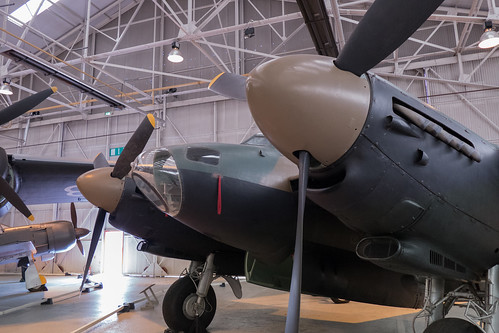 At the time the Mosquito was retired from service it had flown just over 500 hours, moving to Little Rissington. The Mosquito then loaned private hands and was used in the film 633 Squadron. The making of this film saw five airworthy Mosquitos take part flying out of bovingdon. In order to complete the filming some flying in the Scottish Highlands, while most of the aircraft participated the RAF felt it was too dangerous for TA639 and so the aircraft did not take part. 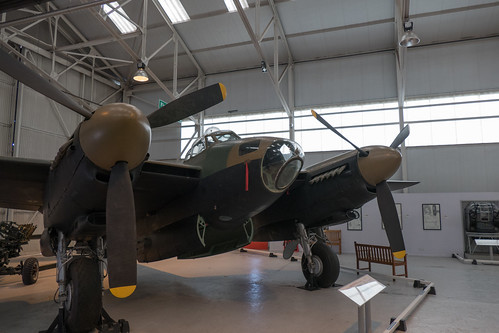 After the filming the airframe was kept airworthy, based at Little Rissington and regularly flown and displayed by Air Commodore Bird-Wilson, who flew the airframe for the filming. This brief display flying career even included a display over Sailsbury Hall, now the sight of the de Havilland Heritage Museum. The aircraft completed its final display at flight on 3rd of October 1965 and was retired having flown just over 600 hours. Though this would prove to be the final flight, it was not always the plan. Over the winter of 65/66 the airframe was kept in working order with engines run and inhibited, however an airframe glue inspection revealed that that the airframe was not first for any further flying and was therefore transferred to the museum in 1967. 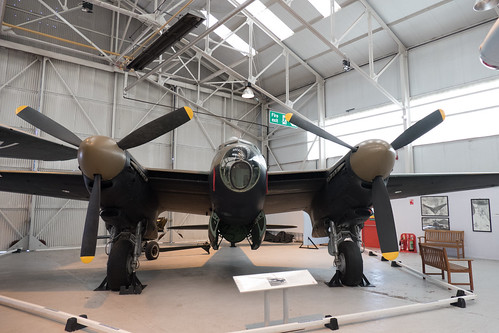 TA639 arrived at RAF Cosford in 1969 where the airframe remains to this day. In 1988 the aircraft was repainted into the scheme it currently wears, representing the aircraft in which Guy Gibson was killed in September 1944. 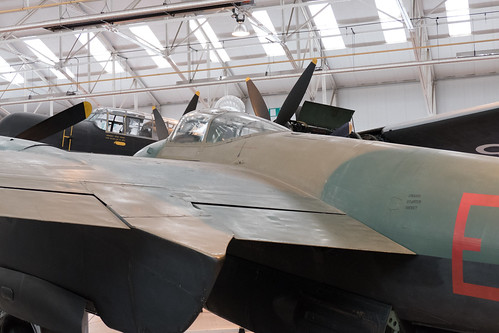 Out of all the Mosquitos on display in the UK ‘639 certainly seems to have lived an interesting and varied career having had an extended life as a display airframe well in to the 1960s.