This May/June marks 30 years since the aerial filming took place for the ITV television series ” Piece Of Cake” based on the Derek Robinson Novel of the same name. The show is a classic for any warbird enthusiast with some stunning flying and great characters. Robinson’s original novel followed the fictional Hornet Squadron though the “Phony War”, Battle of France and Battle of Britain. The original book saw the squadron using Hurricanes. With Hurricanes being incredibly rare in airworthy condition in the late 1980s the decision was taken to use Spitfires. 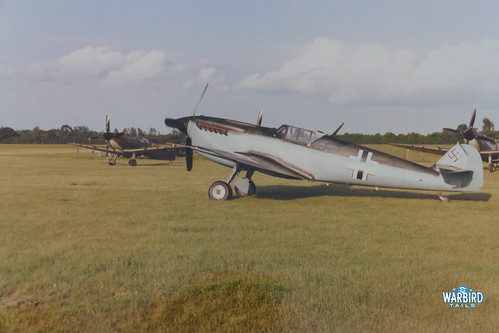 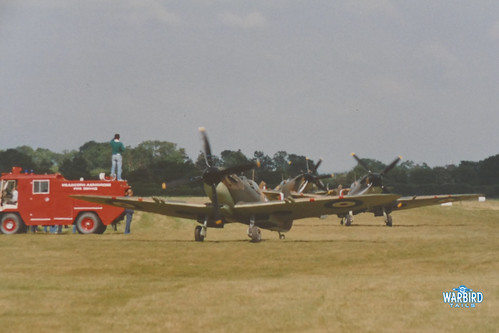 A wide array of Spitfires were used including a Mk I (AR213), a trio of Mk IXs (MH434, ML417,NH238) and a single Mk XI (PL983). All of the aircraft used in the filming were painted in a Battle of Britain camouflage. Following problems with the adhesive squadron codes coming off during the early flying filming the Spitfires all appeared without codes, making for some great looking schemes. 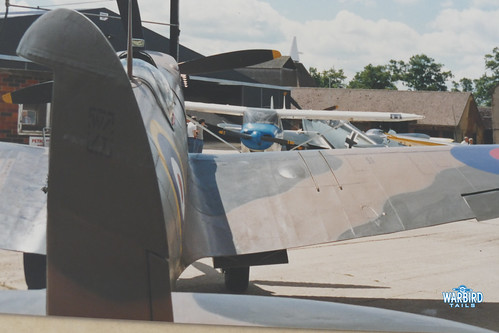 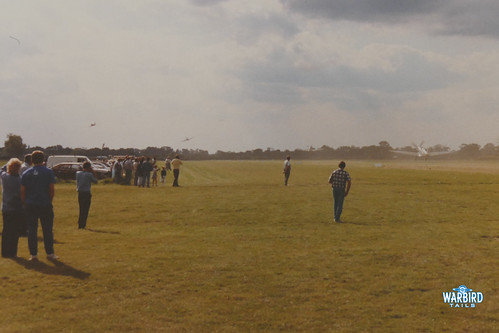 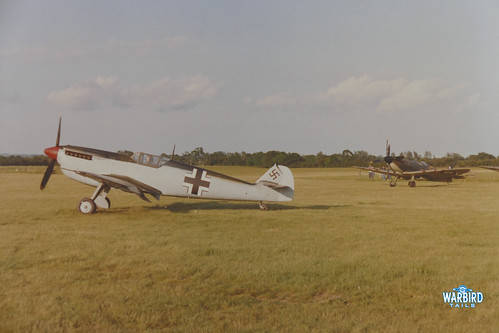 As part of the filming process, the six Spitfires, Harvard and a pair of Buchons moved into Headcorn. The main film king during this period was carried out down at Friston but with no hangars on site Headcorn was used for overnight accommodation for the fighters. 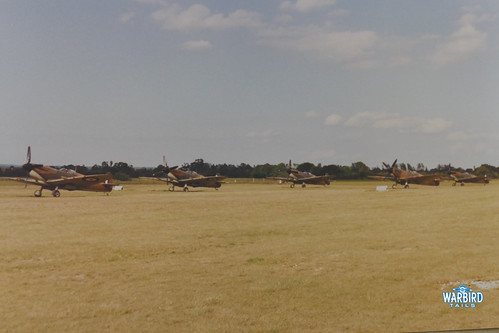 As you can see from these pictures, uploaded with permission from the original photographer (my Dad!), there were some great sights. My Dad owned the Piper Colt seen in a number of these shots and had great fun mixing it with Hornet Squadron! 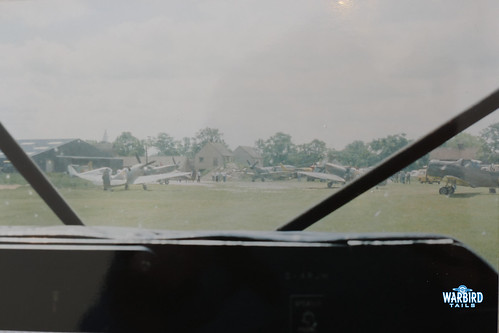 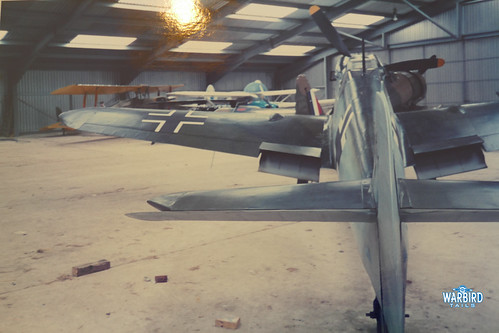 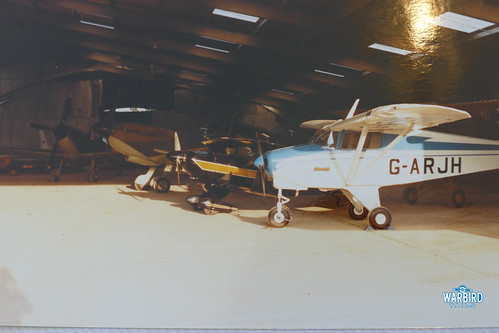 It is great to see how Headcorn has changed over the years and a fitting comparison to recent scenes at Headcorn with the Aero Legends fleet and visiting Buchons. 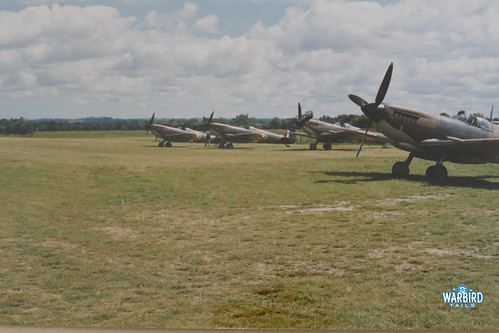 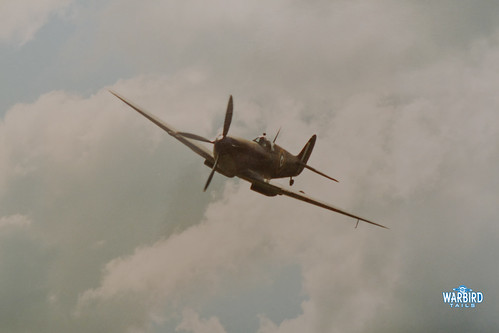 I hope these pictures are of interest and would encourage anyone who has further pictures of the Piece of Cake production to share them. Further shots from this series can be found here.