Following on from the actual centenary on the 1st April, which, to an extent, passed by without much fanfare (no doubt due to a combination of April Fools Day and Easter Sunday…) the RAF put on a mightily impressive show over London on the 10th July (1st April plus 100 days incase anyone was wondering!). 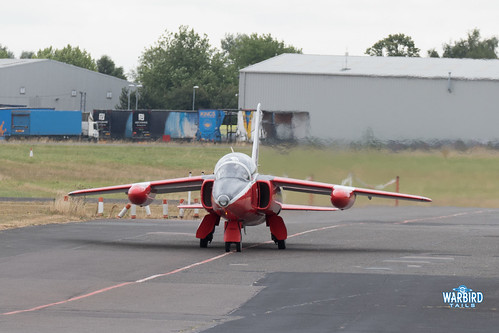 Leaving Kent on the Tuesday morning we were met with a rather typical change in the weather. Weeks of unbroken sunny skies had turned into grey, low, overcast clouds right on cue. Not to be discouraged a check of the aviation weather apps confirmed the cloud base was more than high enough for the full show to go on, which was a relief. A shame that the weather was going to spoil the spectacle a little though. Having said that, after the heat we’ve just had, it was a welcome change in retrospect! 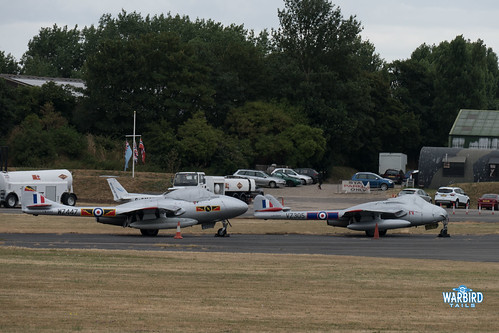 Rather than battle my way to the Mall on the day I opted for Hainault Country Park as the viewing spot of choice (along with most of the country as it appeared!). Not wanting to risk any traffic problems I “repositioned” to North Weald early for breakfast. Fittingly this also allowed me to fill in an important gap in the RAFs history that wouldn’t be covered by in the main event, classic jets. As we arrived one of the Gnat Display Team aircraft was taxiing out and the Norwegian Vampires were sat resplendent in their RAF schemes waiting for their next outing. 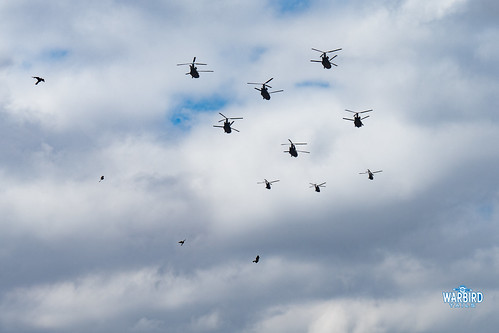 Having got in position ready for the main event later in the day at Hainault you could feel the excitement building. A single Hawk T1 performed a pass over the park, presumably on weather check and you could soon hear the ominous sound of the mass chinook and Puma formation orbiting nearby Stapleford, occasionally appearing from behind the tree line. 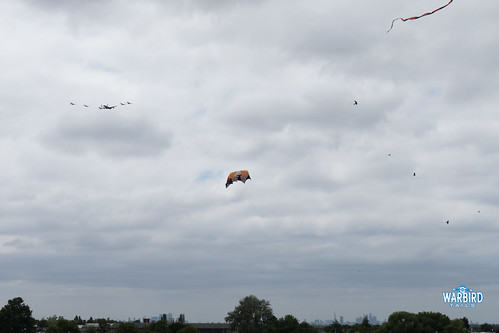 The time soon came round and the helicopter formation lined up heading for the city, which you could see beautifully from our vantage point. Each element of the formation passed right over our heads. There are many unique sights and sounds in aviation but six Chinooks and three Pumas has to be up there! 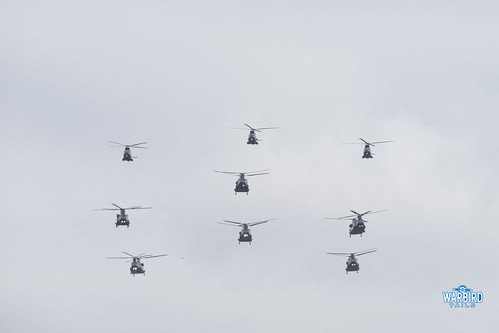 The Battle of Britain Memorial Flight followed, with the Dakota leading with some separation ahead of the Lancaster which was joined by three Spitfires and two Hurricanes. The sight of single engined warbirds over London is certainly a rarity! 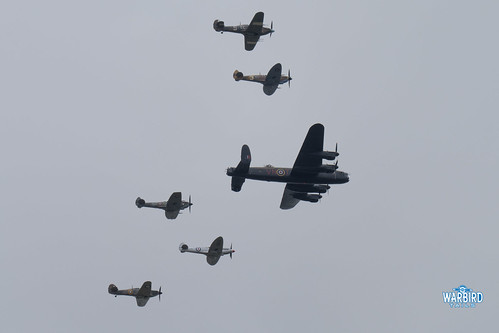 The next few minutes went by so fast with rare outings from the latest training aircraft in the shape of the Grob Prefect, no fewer than 9 Tucanos, 9 Hawk T2s, 9 Hawk T1s and a pair of Shadows. 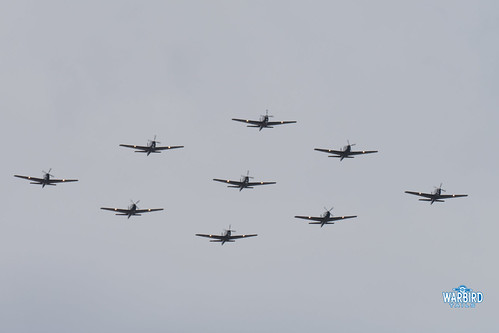 Heavier aircraft were included as well with a pair of C130 Hercules, an E3 Sentry and Rivet Joint. A unique pairing of C17 Globemaster and a Royal Flight BAE146 also made for a memorable segment. It was great to see a sole A400 Atlas fly over as well. 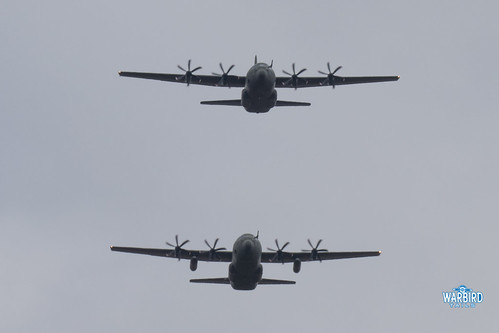 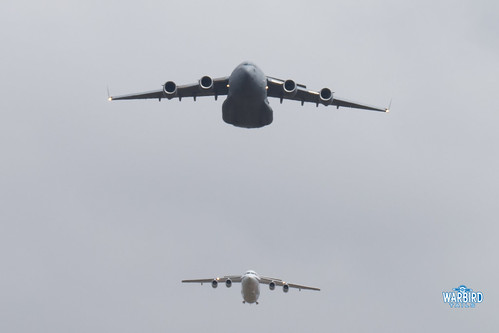 The final few sections were truly memorable, the first being a wonderful mass formation of Tornado GR4s. With the aircraft coming to the end of its service life this was almost certainly the last time so many of these machines will be seen in the sky together. 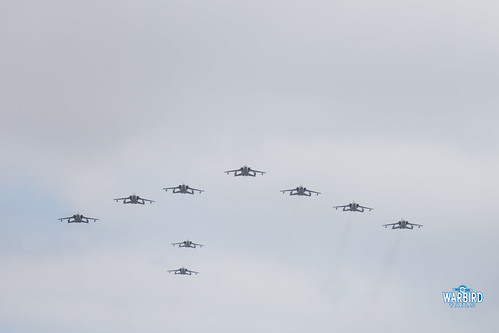 Attention then swiftly swung from the old to the new as the three latest arrivals honed into view. Three F-35Bs from Marham flew over in tight formation with the highlight of the event hot on their heels. 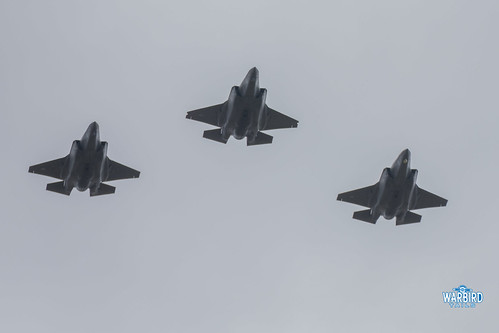 Without really having time to appreciate the new stealth F-35s the impressive sight of over 20 Typhoons forming a giant “100” in the sky were over our heads. What a wonderfully constructed spectacle signed off nicely with a pass from the Red Arrows. 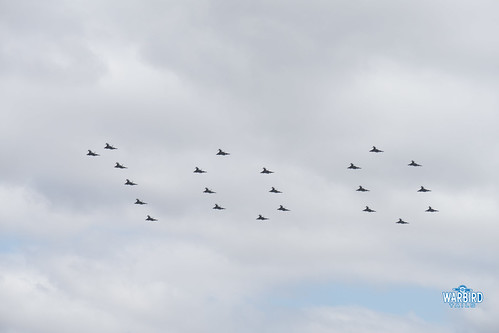 Just like that this unique, one off, spectacle was over. Over 100 aircraft passed over our heads in a packed country park just inside the M25 on a Tuesday lunchtime. Looking back it seems a little bizarre but what a way to celebrate a birthday. This will certainly be the closest anyone will ever get to the epic flypasts of the 1940s and 50s we all love to read about and it was a great honour to be there. The sun even popped out in the end! 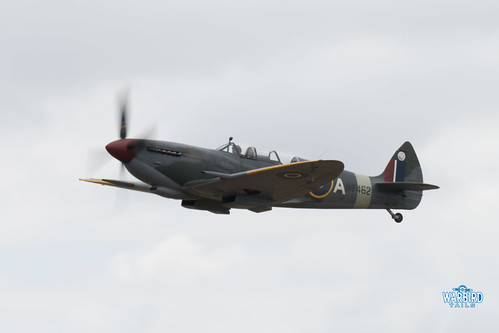 As if that wasn’t enough, I took the opportunity to head up to Duxford to catch up on any Legends preparations for the day. The RAF theme was finished off nicely with a couple of polished practice displays from Spitfire TIX PT462, what a day!