Once again, the WW1 enthusiasts heaven, hangar 1 at Old Warden, is home to one of the most elegant designs to ever take to the skies. Arriving fresh from the workshop of the Vintage Aviator Ltd (TVAL) in New Zealand, is another exquisite recreation of an Albatros D.Va. 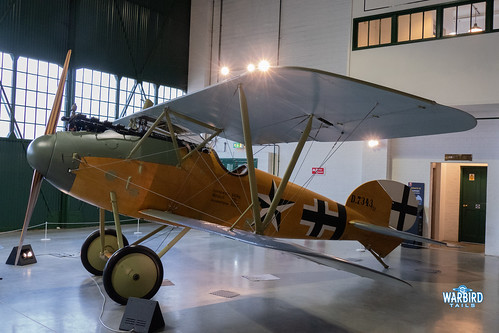 This example, set to be registered as G-WAHT (After the organisation that will operate it) has already flown in New Zealand under the registration ZK-ALB in a different paintscheme has returned to the UK under the ownership of Oliver Wulff. This replaces the previous example of the type to be operated by the trust which was damaged in a forced landing back in 2016.

G-WAHT arrived in the UK in late September and was quickly assembled by the team at Old Warden, with engine runs and taxi trials taking place ahead of the airframe’s static debut at the Shuttleworth Collection’s Race Day show on the 7th October. At this time the Albatros is yet to make its first flight in UK skies though it is highly anticipated. 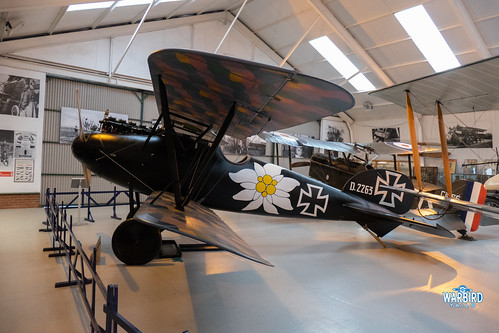 This Albatros, like its predecessor is powered by a recreation of the Mercedes DIII engine, providing 180hp. Following on from its predecessor this Albatros also features an edelweiss, though this time a far larger representation. This scheme sees the aircraft wear a striking all black scheme on the fuselage with the classic WW1 “Lozenge” camouflage on the upper and lower wing surfaces. 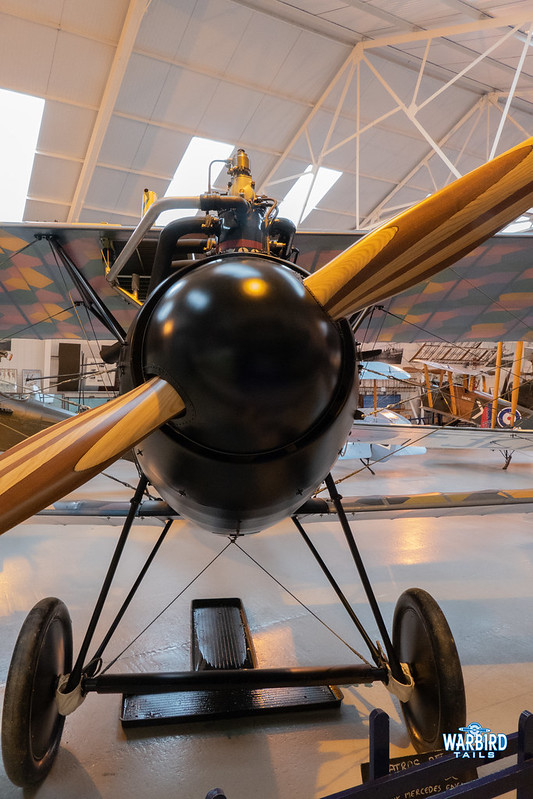 As you would know and expect from a TVAL recreation, this aeroplane is incredibly detailed. The fabric and woodwork are perfect along with the delicate rigging and detailed spring-loaded clips holding the engine cowlings on. 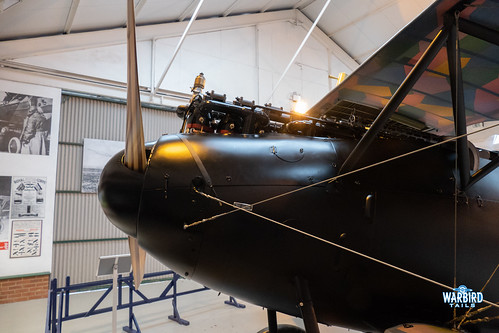 Another touch that always makes the Albatros look so impressive is the wonderful air speed indicator mounted on the right hand strut. Nothing like making it easy for the pilot! 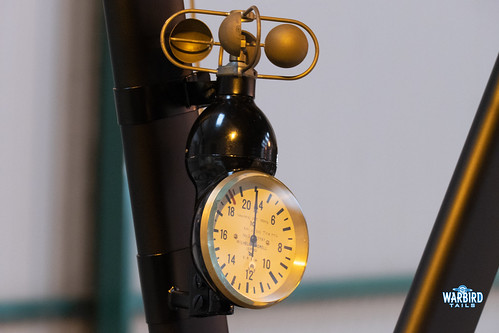 Amazingly, when this example takes to the sky it will represent the third TVAL Albatros we have been lucky enough to see fly in this country. The first example flew at a number of shows in 2012 and is now part of the RAF Museum at Hendon, while the other example was based at Stow Maries for 2015 and 16 before its forced landing. 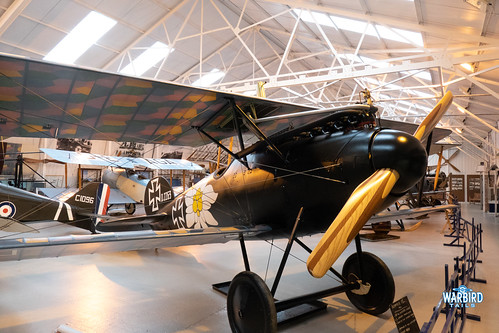 Together with the anticipated arrival of the Fokker DVII and SE5a in 2019, the Albatros will hopefully form the start of an exciting new era for the Stow Maries based organisation who have operated on the reduced fleet in 2017, with a single BE2e making up their fleet, alongside John Gilbert’s Nieuport 17.