This time 73 years ago saw an historic feat take place on Royal Navy carrier HMS Ocean. Ocean, which was originally completed in November 1945, clearly missed out on any wartime service. However, it did have the honour of being the last carrier to operate the Fairey Swordfish before retirement. It also saw the early trials of the de Havilland Sea Hornet operating off its deck. 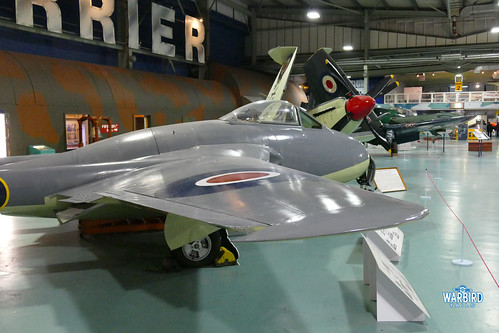 It was on the 3rd December 1945 where the vessel entered into the history books. It was on this day in de Havilland Sea Vampire LZ551/G became the first all jet powered aircraft to land and take off on an aircraft carrier. 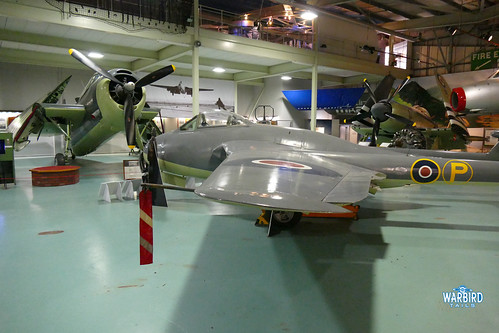 The airframe was actually the second prototype Vampire and was used to evaluate the practicality of the new aircraft design for carrier operations. This example first flew in March 1944. The modification work to Sea Vampire status took place in 1945 ahead of the trials. 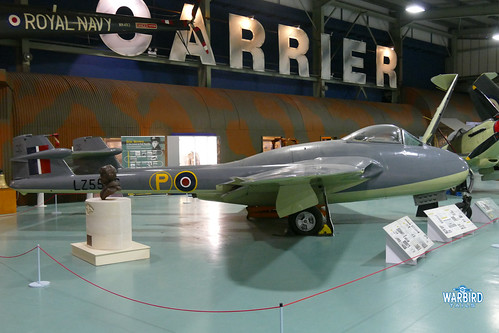 The image of the Vampire on short finals for the deck, arrester hook down, is an iconic image for anyone with knowledge of historic aviation. The work carried out as part of those trials that took place in December all those years ago laid the foundations for modern carrier operations. They have recently come full circle with the first successful landing  of the F-35 on the new UK carrier. 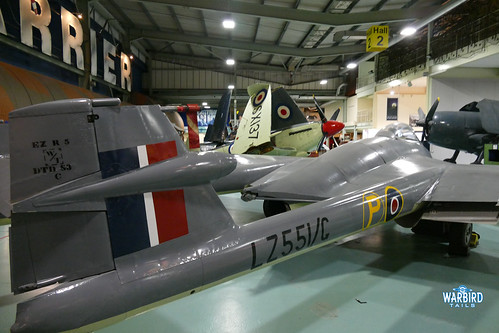 The historic Sea Vampire itself now takes pride of place at the Fleet Air Arm Museum at Yeovilton. The airframe had been on display in the carrier experience for some years but is now displayed in the World War 2/Korean hall, not far from the museum’s Martlet/Wildcat, another of Brown’s iconic mounts from World War 2. 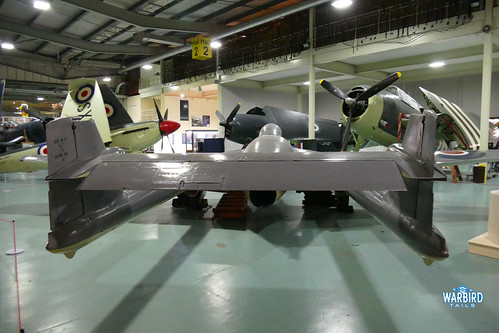 Eric brown received and OBE for his efforts on that day and certainly secured yet another chapter in the history books of aviation. This post is just a brief summary of an incredible chapter of “Winkle’s” career and his own books on his flying life are essential reading for any aviation enthusiast.