2018 (or early 2019) looks set to see the third airworthy Mosquito to emerge from the incredible talented team at AvSpecs in New Zealand. It’s hard to even conceive that six or seven years ago we had been without that iconic shape and sound in the sky for over a decade. With KA114 now being a familiar sight at select shows in North America and TV959 having made a number of appearances at its home base in Seattle, the iconic “Wooden Wonder” is well and truly resurrected. Not to forget the bomber variant rebuilt by Victoria Air Services which made display appearances at Abbortsford in 2014 and 2015 (though this airframe has not flown for some time). 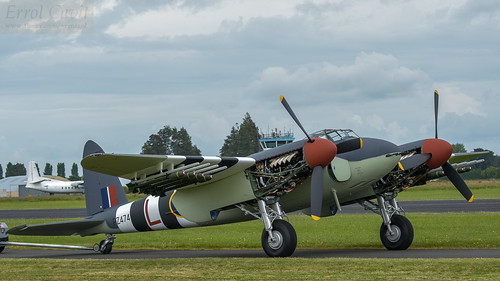 The latest machine to be rolled outrecently performed public engine runs at the Warbirds of New Zealand open day. Mosquito PZ474 (ZK-BCV) has been completed in a stunning D-Day scheme complete with rocket rails and rockets. 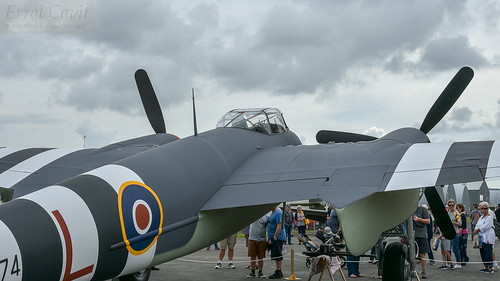 This will complte a wonderful collection of airworthy Mosquitos, each representing very different variations of the versatile type. Much like the previous Avspecs projects, this airframe is ultimately bound for the United States. 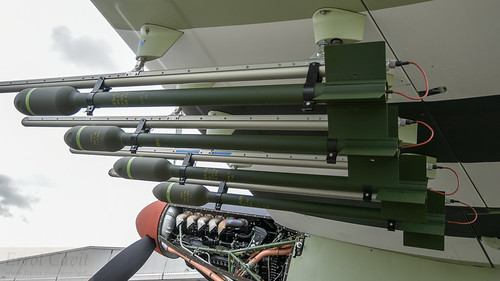 I’ve been lucky to get permission to use Errol Cavit’s wonderful pictures of this latest project to illustrate the incredible work that the Avspecs team have carried out, not only on PZ474, but also the previous example, TV959, while still resplendent in its temporary RNZAF scheme.

TV959 returned to the skies late in 2016, incredibly just two years prior to the most recent roll out. Though this airframe is now completed as a night fighter machine, the airframe itself is a T.III trainer and originally flew as such as seen in these shots. 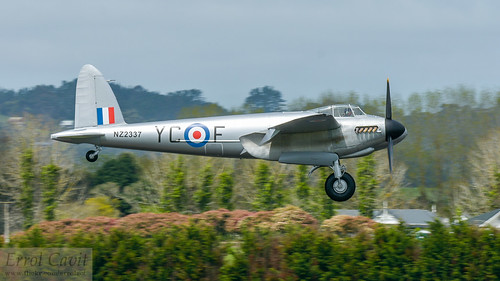 It would be remiss of me to put together a post on these New Zealand projects without a few shots of the airframe that started it all, KA114. I had the pleasure of getting to know this aeroplane while visiting Virginia Beach back in 2014 (then the only airworthy Mosquito) and again in Hamilton later on the same trip. The shots below, again from Errol show the airframe during its initial test flying and displays. 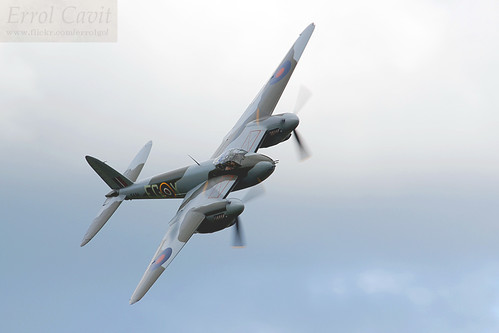 To my knowledge, KA114 is the only Mosquito to have taken part in a public display in New Zealand, specifically put together to showcase the airframe. I love this shot below of the Mosquito together with another de Havilland classic. 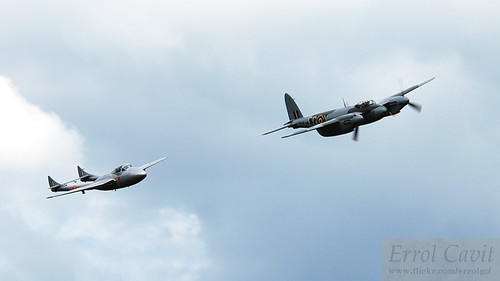 As a bonus addition to this post taking a look at past Avspecs projects and the remarkable Mosquito, Errol has also been kind enough to let me include the cockpit shot below of the latest project. This was taken as part of a tour arranged for the Wings Over New Zealand forum meet at Ardmore earlier this week. I strongly recommend taking a look at this site and joining the discussion if you haven’t looked before. It is a wonderful goldmine of information and stories not just of New Zealand history but also worldwide warbirds. I’d also suggest listening to the Wings Over New Zealand podcast as well. 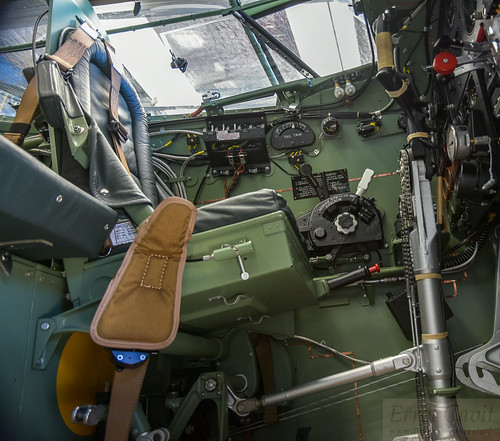 I hope you enjoyed this breif post drawing attention to the incredible work that Avspecs have done in the last few years to bring the Mosquito back to life. With at least two more projects waiting in the wings, hopefully desitened for the UK, we can look forward to more impressive ressurections in the next few years.