Continuing on from the previous post based around the P-47 operations manual and how a new pilot would have been expected to approach that type. This post adds to the Curtiss series of this site with an insight into how a new pilot would approach the P-40. It should be noted that though this post is illustrated largely with shots of the P-40C operated by the Fighter Collection, the content within this post is applicable to the P-40D and P-40E.

As with all aircraft standard pre-flight checks would be completed first, before settling down into the cockpit. Once ready to start the ignition would be switched on before a few strokes of the primer are completed to prepare the engine. The starter then needs to be energised before the fuel pump is switched on and ignition switched to “both” and then, as the engine fires the mixture should be moved to auto-rich. Power should be set to maintain between 800 and 1000rpm as the engines temperatures and pressures increase. 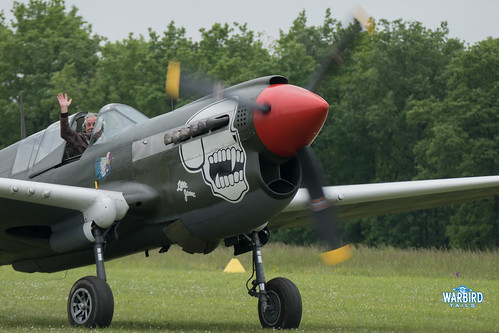 With the engine sufficiently warmed up, the run up can be completed by increasing power to 2,300rpm and cycling the magnetos, making sure to look for any drop in RPM in excess of 80rpm. The propeller system should be cycled to set at 2,800 before being switched into automatic mode. 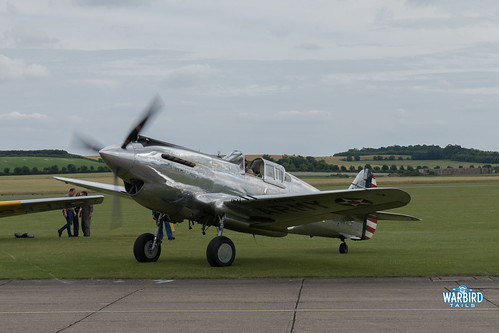 Assuming all pressures are normal then it is possible to proceed to take off. Take off set up requires neutral trim on the rudder and elevator with some aileron trim set to counteract torque on take off. Once airborne, the manual stressed the importance of raising the gear as soon as is possible. 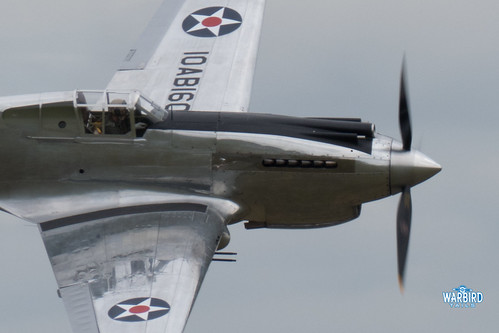 Aerobatics were included as part of pilot training though a number of figures were prohibited including prolonged inverted flight and high speed snap and slow rolls. 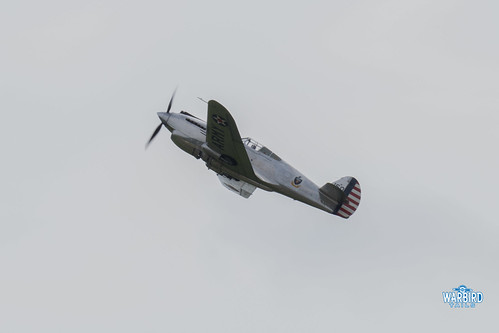 Stall speeds are considered for the aircraft, which confirm that in the landing configuration the aircraft will stall at around 75mph while in a clean condition this increases to 85. Encouragingly there is no tendency to spin as the result of a normal stall. At the opposite end of the flight envelope, dives could be carried out to speeds no higher than 480mph indicated. In a high speed dive the elevators of a P-40 get very heavy and careful trimming is required to stop a tendency to roll. 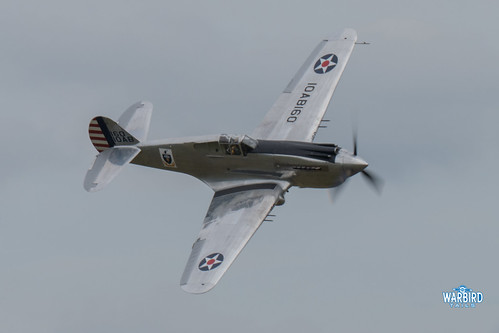 When back in the circuit the mixture should be returned to auto-rich and propeller set to 2,230 along with a power setting of around 18 inches manifold pressure. Once the speed has dropped below 175mph the landing gear can be lowered and the flaps can follow suit once the speed dips below 140mph. The undercarriage operates in an interesting way on the P-40, with a system that requires “up” “down” or “Neutral” to be selected on the gear controls, before the system is engaged with a trigger system on the stick. This must have caught a few early pilots out. 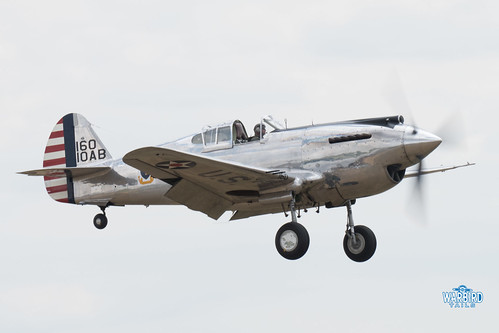 The advice for a cross-wind landing is brief and not all that helpful, simply reading “avoid whenever practical!”. 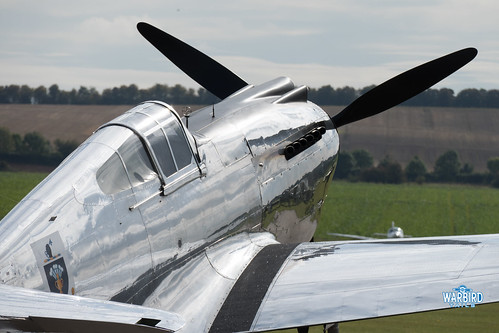 With the aircraft back on the ground and back to parking, the engine is run up to 18 inches manifold pressure for thirty seconds before moving the mixture to idle cut off and letting the engine slow to a stop. All switches are then moved to off and the aircraft can rest until the next flight.