Having made a great impression at shows across Europe, the Flying Bulls made their first appearance in the UK back in 2011, when the P-38 and Corsair first appeared at Duxford. Since then the P-38, Corsair and in recent years, B-25 have been semi regulars at Flying Legends with an additional appearance at RIAT on one occasion. 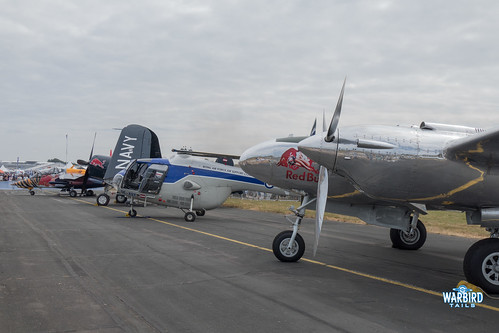 The inclusion of the Flying Bulls in Duxford shows has been a welcome one. For no other reason than the chance to hear that wonderful purr of the P-38s Alisons in person. At the same time, you couldn’t help but think that the collection had a little more to give. The DC6 had long been on many a wish list for UK shows (aside from a brief Red Bull Air Race appearance some years back) and their helicopters had built up a steady reputation as well. 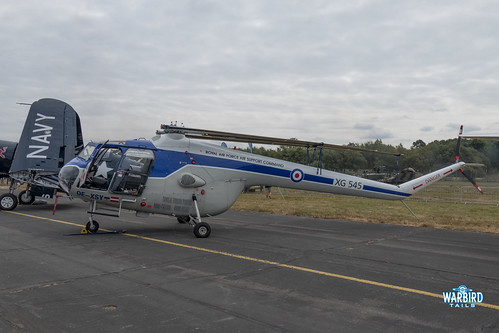 Early in 2018 there were signs that perhaps this year we were in for something a little different, when Flying Legends announced that the usual Corsair, B-25 and P-38 would be joined by a pair of Alpha Jets. The prospect of mixed jet/warbird aerobatics as seen at a number of European shows in recent years was certainly an exciting one. Though one couldn’t help by wonder if the CAA regulations around swept wing aerobatics would come into play…. 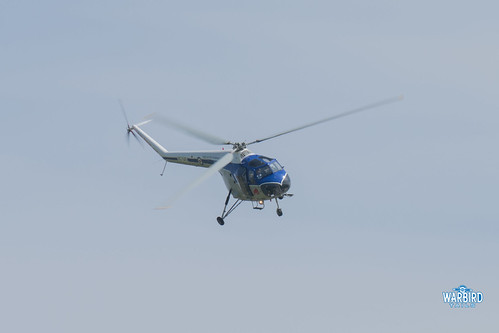 The most unusual news came from Cosford airshow who announced that they were to get the UK debut of the Flying Bulls’ immaculate Bristol Sycamore. This is the sole surviving airworthy example of the classic helicopter and as you can read on this site, it made a great impression. The unique sound of the radial engine and a graceful display made for a fitting inclusion in the RAF100 theme. 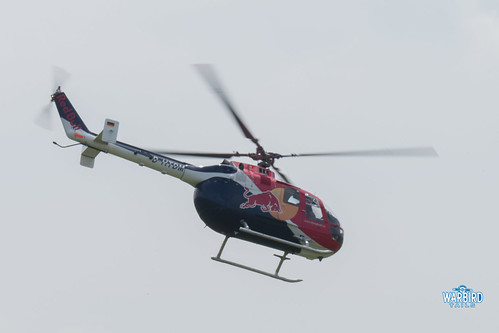 Joining the classic helicopter was a Flying Bulls trademark display in the shape of the aerobatic BO-105 helicopter display which left many in attendance speechless. The Sycamore and BO-105 flew further performances at Weston Super-Mare (static for the Sycamore) and Yeovilton, ahead of a static appearance at Fairford. Along the way the Sycamore performed a number of special visits, starting with a trip down the London heliroutes, a few weeks spent at the Helicopter museum and a return to Filton and Aerospace Bristol. 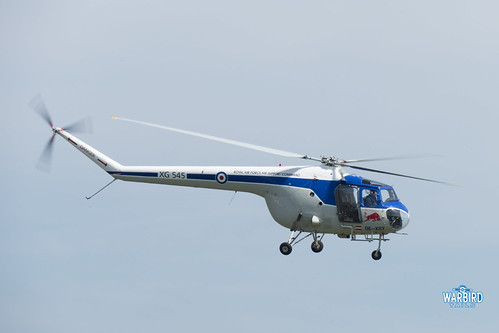 Keeping up with tradition, it was Duxford that saw the debut of the fixed wing component of the fleet (though the Sycamore would have probably been welcome at Legends!). Having flown a validation at Farnborough (more on that later) the impressive formation made a memorable arrival at Duxford shortly before closing time on the Friday evening. 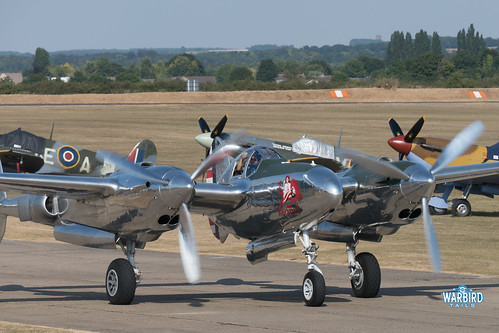 Leading the fleet in was for many the pride of the fleet, the stunning DC-6. Yes, the CAA rules on jet aerobatics did see the Alpha jets all but removed from the UK tour but the replacement was much appreciated. 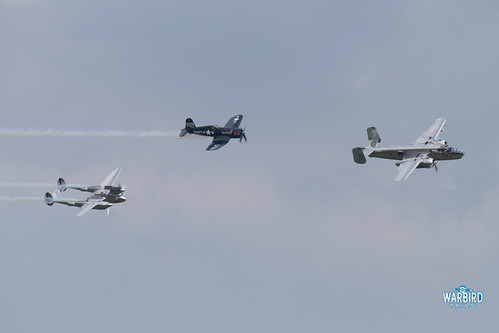 The displays across the Flying Legends weekend were great, with the DC-6 being flown in an almost fighter like routine with some towering wingovers above the airfield. The Corsair and P-38 routine seems to get more graceful every year and is always a portion of the show you simply don’t want to end.

After the excitement of Flying Legends the Flying Bulls team had one more show to complete, in many ways the headline date of the tour. This show saw the rotary wing and fixed wing types reunited, together with the inclusion of a single Alpha Jet. 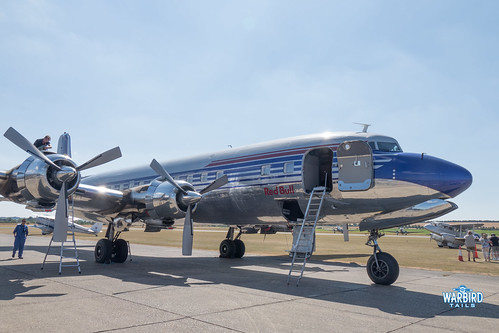 It is a real shame that the finale to this exerted stay was at a show with such restricted airspace. While the helicopters were able to make the most of staying within the airfield boundary (the Sycamore stayed low and close to the crowd throughout), the fixed wing displays were undoubtedly reserved compared to the previous week (with the surprising exception of the DC-6 which performed a similar routine. 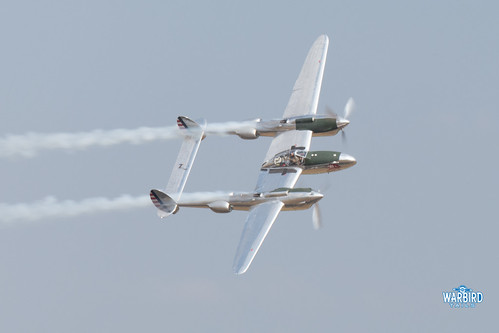 Farnborough does give a fairly unique view of take-offs from such rare machines however. This was certainly the closest I’ve been to the P-38 taking off, for example. The fighters flew a few close formation orbits which while less dynamic than the previous week did allow another chance to see and hear these machines at a rare appearance away from Duxford. The Alpha jet traded passes with the DC-6 in a contrasting final act to the sequence. 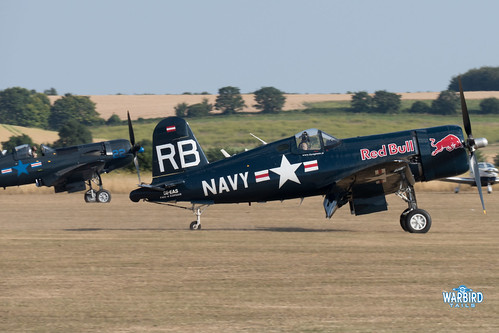 As you can see from this post the Flying Bulls really delivered some great memories for UK enthusiasts in 2018 and seemed to relish in the chance to show off an extended fleet on these shores. There are still plenty of treasures waiting at the organisations Austrian base (certainly a lovely T-28, for example), so hopefully further tours can take place. With such limited hours between overhaul on the rotor blades, I suspect that the Sycamore’s visit will very much be a one off, which is a shame, though I certainly made the most of it!