In a workshop in the middle of England, a missing link in one of the great aviation racing stories is slowly coming back to life. Ken Fern has previously been involved in working on the construction of other vintage replicas in the past. More recent time has been spent on his current project, an ambitious plan to produce a fully authentic airworthy replica of the DH88 Comet. 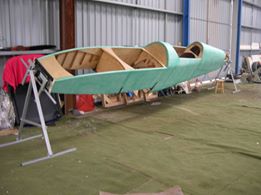 Many readers will already be familiar with the DH88. The Shuttleworth Collection’s original example “Grovsenor House” has been the leading light of many articles on this site and quite rightly always draws a crowd at their shows every summer. As it stands, the Shuttleworth Collection example is the only surviving complete Comet and the MacRobertson Air Race winner in 1934. The Comet was designed specifically for that race and three airframes entered. 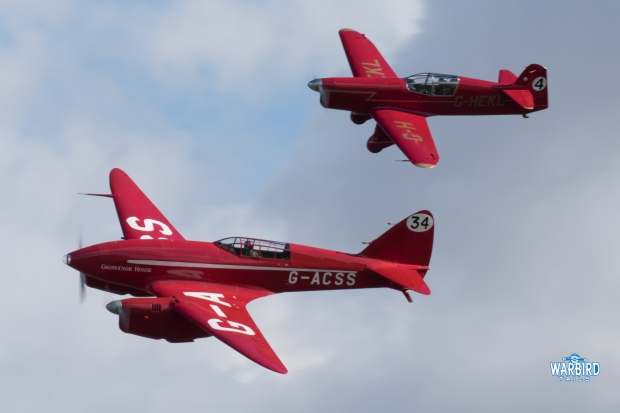 The only current airworthy DH88 – The original race winner Grovsenor House flying alongside David Beale’s Mew Gull replica, which Ken was involved with during the early build stages.

The other surviving original Comet is G-ACSP, known as “Black Magic”. That airframe is also being rebuilt to fly with help and assistance from Ken. That is another fantastic story hopefully for another post.

The third machine to take part in the race was a green Comet registered G-ACSR. While G-ACSS won the race and G-ACSP had to pull out due to engine problems, G-ACSR finished in 4th place, taking 108 hours and 13 minutes to complete the journey from Gravesend to Melbourne. That airframe has been lost to time and means that we will never see the three Comets that took part in that race together. That is something that Ken is looking to rectify with his accurate replica, to be registered G-RCSR, as close to the original registration as possible. 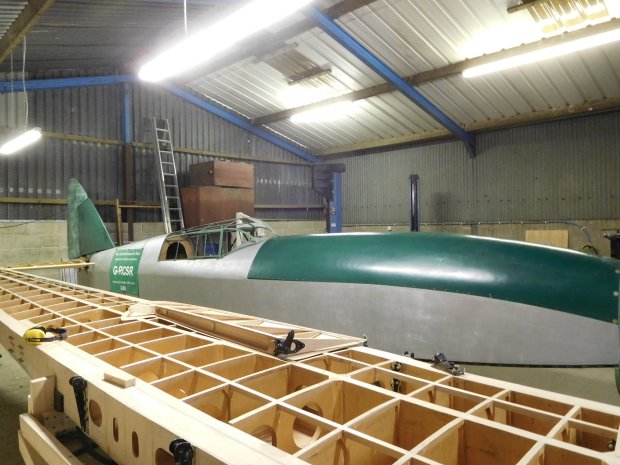 The idea behind Ken’s project was simple, he has been assisting with the work on Black Magic and thought it would be great to see all three of the racing Comets in the air together. That initial idea quickly turned into acquiring the drawings for the design and work began on building the metal parts such as the undercarriage and engine bearers. Ken was able to complete this work for both his replica and Black Magic, assisting both projects. During this time work also began on the canopy, along with the tailplane and elevators. 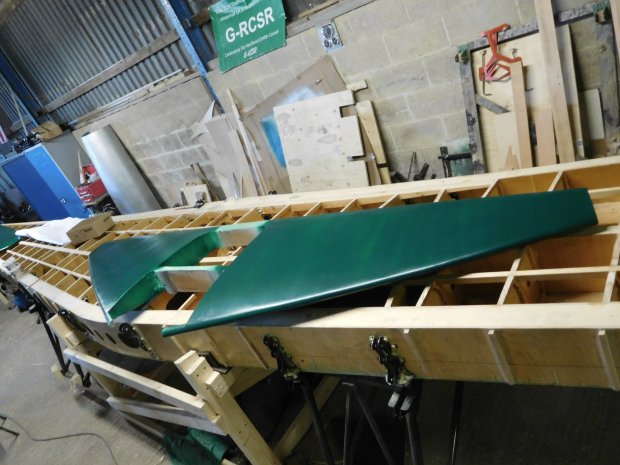 Bringing things up to date the fuselage is already completed, with internal fittings installed aside from the fuel tanks. The tailplane and flying surfaces are also complete. Work is progressing on the wings with the underside completed. Work has also begun on the top of the wings, as can be seen below. Before the wing can be finalised the retraction system for the undercarriage needs to be installed. Ken hopes that over the next year or so some big steps will be completed with the project and that the airframe may even be sitting on its undercarriage. 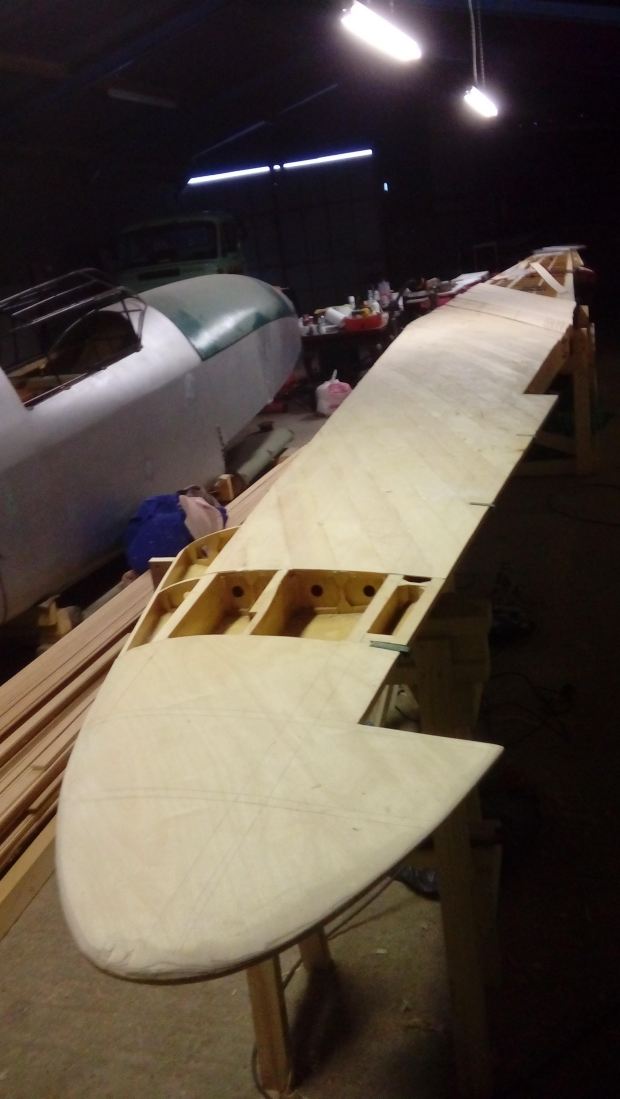 One of the key aspects of this replica is that it is being built as close to the 1934 specification as possible. There are a few modern day alterations. Regular readers and keen enthusiasts will be aware of the complications that the team at Old Warden had (and the original operators of the Comet) had with the weak undercarriage. Ken’s replica will make use of the strengthened design alongside an electric retraction system. The modification was actually designed by a gentlemen named George who works on Black Magic as well.

The only other Comet to have flown in the modern era is a replica of Grosvenor house that flew for a short while in America. That replica includes three degrees of washout on the wingtips, which was supposed to improve the aeroplanes stalling characteristics (it is likely that Black Magic will feature this modification also). Having spoken with the present day pilots of Grosvenor House, Ken has opted to stick to the original design as there are doubts around how much difference this will make. 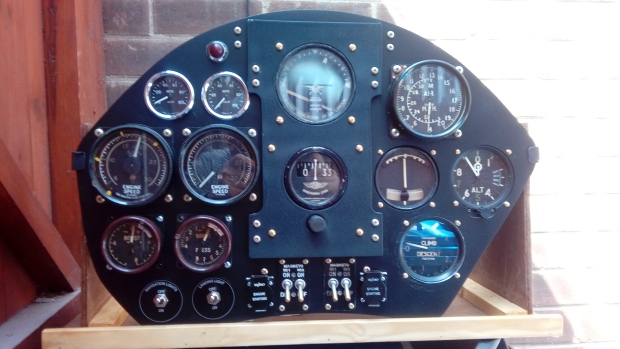 Ken also commented with delight that the instrument panel is completed (as above) and has been designed with input from Shuttleworth Collection pilots, with a balance of originality and safety. Incredibly Ken has managed to get hold of the original clock from G-ACSR passed down through generations since the race. 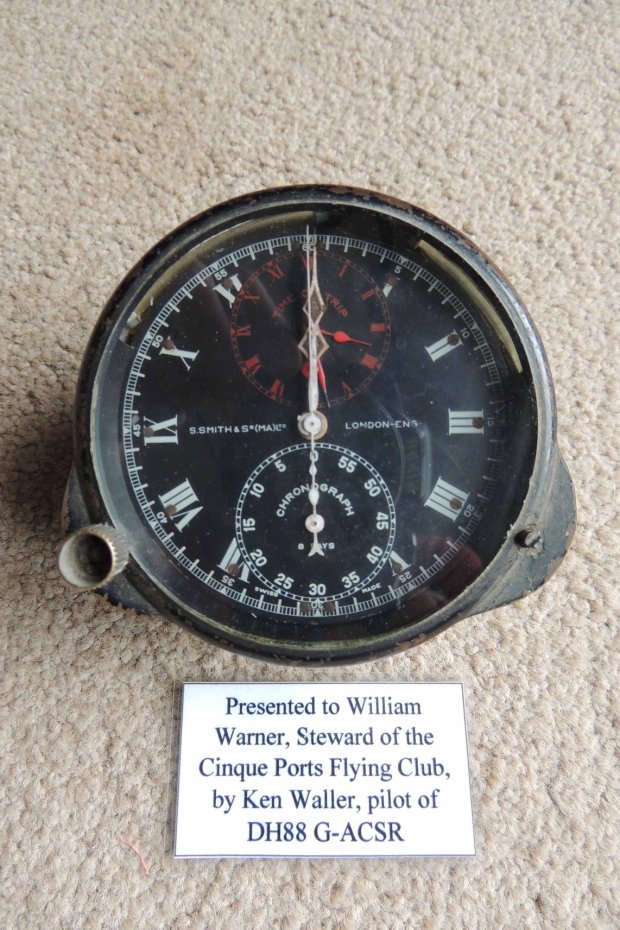 I’m sure by this point you can already appreciate the effort and time that has gone into this remarkable project. In order to see the Comet get off the ground, Ken needs some assistance. With the main airframe work nearing completion, attention is turning to the more expensive, yet most significant components. Wing coverings and cowlings need to be completed and engines and propellers will need to be sourced or overhauled.

G-RCSR will use DH Gipsy Queen IIs and while the project does hold examples of the engines, there are many parts that will not be useable so any leads on serviceable spares would be appreciated. Having two airworthy engines would be fantastic, though of no use without propellers. Again, units have been sourced but they would need significant work and while new examples could be purchased, this would be at significant cost. 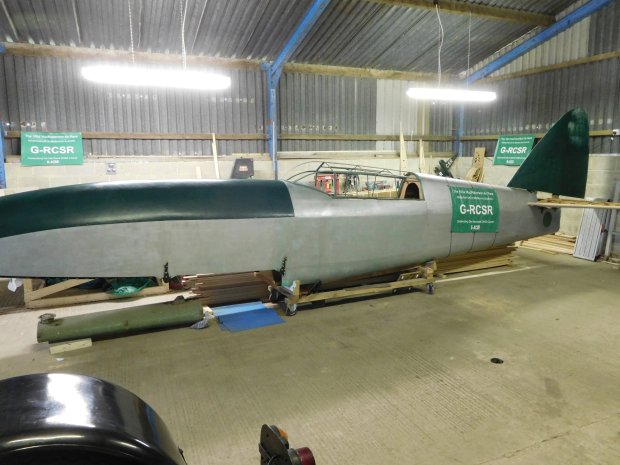 Ken is confident that all of the above is readily achievable, though with some financial help the timeline could be accelerated and the prospect of two, if not three DH88 Comets in the skies, recreating those historic days could not be too far away.

After G-ACSS and G-ACSP were purchased ahead of the MacRobertson race, G-ACSR was the third airframe to be ordered. Bernard Rubin purchased the aircraft and elected for the classic British Racing Green for the colour scheme. Rubin was penciled in to fly the aeroplane for the race but ill-health meant that crew duties fell to Ken Waller and Owen Cathcart. 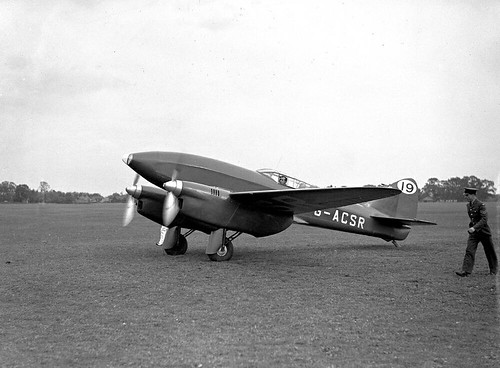 ‘CSR left Mildenhall along with the other race participants and made it to Baghdad without incident. The problem was that they then missed Baghdad and had to land with very low fuel in a nearby village. The rest of the race was plagued by technical problems including a major oil leak. These delays and diversions led to the third Comet finishing the race in fourth position. Not long after the race, complete with film of the arrivals, returned in the aircraft, breaking a record for the return leg of 13 and a half days. 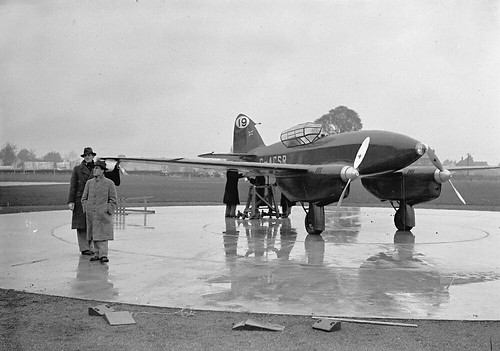 Following the race ‘CSR had a busy career. On this day in 1934 the airframe departed for an epic round trip to Belgian Congo, delivering Christmas mail along the way.

A move to the French register followed, becoming F-ANPY along with a conversion to a mail-plane. During its postal career the airframe set a number of records before the end of its flying career. The original airframe’s fate is unknown, though it was last seen in a non-airworthy state in 1940. Thanks to research carried out as part of the Comet racer group, Ken informed me that photographic evidence has now been found showing the airframe at an airfield near Paris early in the war. It is assumed that this would have been destroyed while the Germans were preparing the airfield for their use. 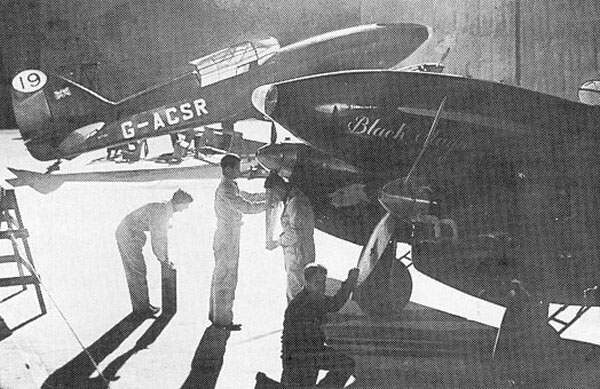 Clearly for anyone with an interest in vintage aircraft, particularly de Havilland will love to see the sight of two or even three DH88 Comets in the air together. If anyone would like to know more, or could perhaps lend a hand, please get in touch with the team or join in the discussion at the Comet Racer Project Facebook Group.

I’d like to thank Ken for his time and assistance in producing this piece and the kind use of the photos included. The photos included of the original G-ACSR are from alternative sources and linked accordingly through the images.