After a number of years on the wish list, this December finally saw the chance to pay a visit to the Biggin Hill Heritage Hangar for one of their hangar tours. Over the past few years what started as Peter Monk’s Spitfire IX TA805 (The Kent Spitfire) moving between hangars at Biggin Hill has evolved into one of the premier Spitfire restoration and maintenance facilities in the world. There were 11 Spitfires across the two hangars on the day of my visit, with six of those in flying condition and another close behind. 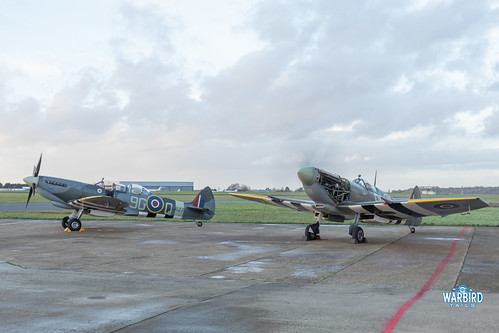 The tour experience itself is well constructed with specific aircraft stories interspersed with wartime tactics and anecdotes of how the Spitfire, Hurricane and Messerschmitt 109 flew and fought. Two projects greet you walking into the hangar in the shape of Malta Veteran Mk IX LZ842 which looks great in the desert camouflage. 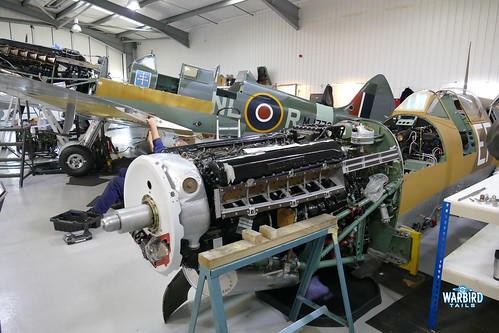 The other project that appears to be progressing at remarkable pace is the Greek Spitfire MJ755, recently imported from Greece for rebuild to flying condition. It was incredible to see the work going into this and the number of original parts being used. 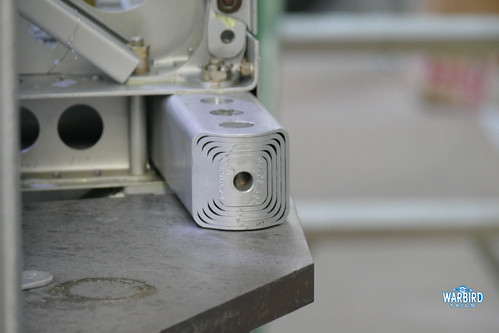 This was the first time I’d seen Spitfire wings and fuselages being constructed from such a basic point. It was fascinating to get a close up view at the fuselage structure and wing spars particularly. 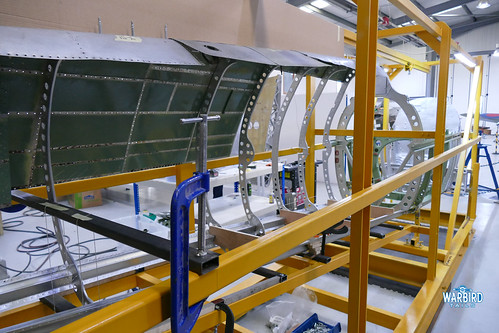 Two Seat Spitfires are certainly popular at the moment and Biggin Hill is in the centre of that business. It is fitting that the hangar is home to the only true two seat Spitfire, Mk VIII MT818/G-AIDN. This example is rarely seen away from Biggin so it was great to get a chance to see the machine up close. 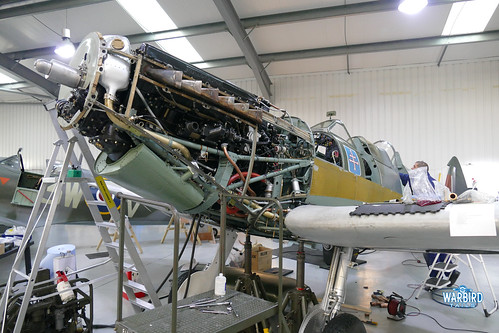 Known by many as the yellow Spitfire from the 1960s/70s it was a nice touch to include the yellow spinner on the recent rebuild, while still appealing to the flights market. Sharing the hangar was TIX MJ772 which looks almost complete following repair work after a forced landing in Kent a few years ago. 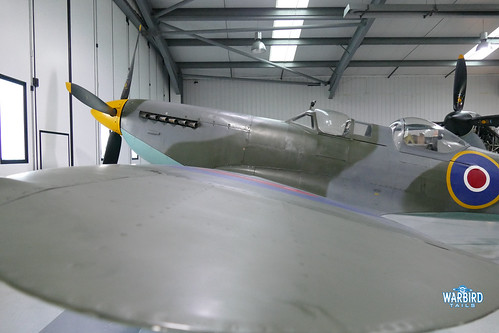 Arguably the hardest working Spitfire in the UK at the moment, MJ627 was briefly outside during our visit during a hangar shuffle and really does look great. Living in Kent I often see this airframe out and about and it clearly does great trade, with a great history as well. 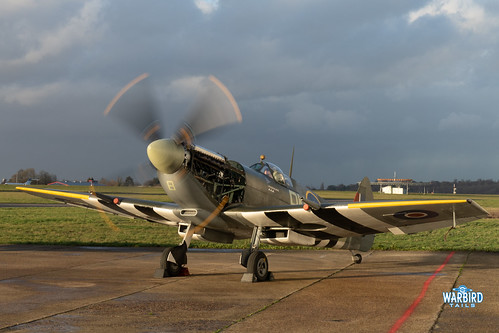 The most common Spitfire found in these hangars these days appears to be the MKXVI. Stephen Stead’s example TE184, now sporting clipped wings, was out for a cowling off engine run which warmed up a cold December day. In the hangar a further two MKXVIs were resting (TB885 and RW382). All three aircraft are rarely seen in the UK despite all spending plenty of time at Biggin Hill. TB885 flew earlier this year and will be based in the Netherlands, RW382 is based at Biggin Hill and does take part in displays in the UK as well, while TE184 spends summers displaying around Europe. 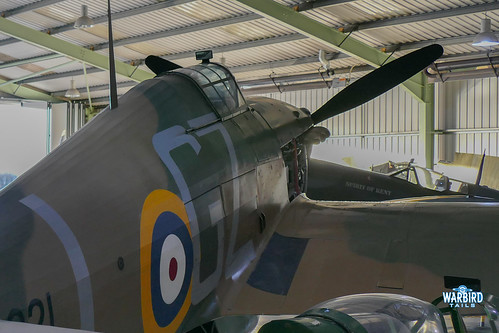 Of course it is not just Spitfires, though they are undoubtedly the highlight of a visit to the hangar. Peter Monk’s Hurricane Mk I/Sea Hurricane X AE977 also shares the hangar space in its Battle of Britain scheme. Of course the hangar does also hold one other, very special warbird. Though, this is subject to photography restrictions and is not featured here. I would strongly suggest a visit as you really are missing a treat! 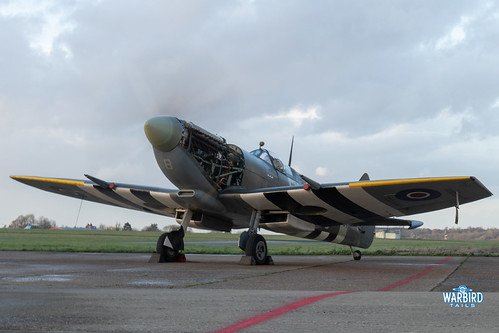 Alongside the airworthy warbirds and restoration activity the hangars themselves are a feast of wartime memorabilia and aircraft wrecks. A selection of both wrecked and restored Merlins line the hangar and combine to create a wonderful atmosphere and experience. I will certainly be scheduling in regular return trips for further tours in the future.