It is no secret that the Curtiss Hawk line of fighters is one of my personal interests in the warbird world. I have long loved the Hawk 75 based at Duxford with the Fighter Collection and the various P-40s that have shared Hangar Two over the years.

In the post I wanted to once again throw the spotlight on the latest Curtiss fighter to join the Fighter Collection’s airworthy ranks, the wonderful P-36C. The Hawk 75 was the export variant of the P-36 and thanks to its use in France in the early months of the war saw much of the types active service.

For many years the Hawk 75 at Duxford, together with a P-36 on static display in the states were the only complete examples of the time in existence (along with a fixed gear variant on display in Thailand). You can imagine the buzz around the warbird community then when a gleaming polished example appeared in the skies over Chino shortly before their 2015 airshow.

In a rare example of a fighter appearing with very little knowledge prior to a post-restoration flight, this aircraft was a wonderful surprise. The mind couldn’t help but wander to the idea of this airframe joining its stablemate at Duxford. Soon enough it was confirmed that the P-36 was indeed on its way to the UK to join the Fighter Collection’s ever-growing fleet of Curtiss machines. 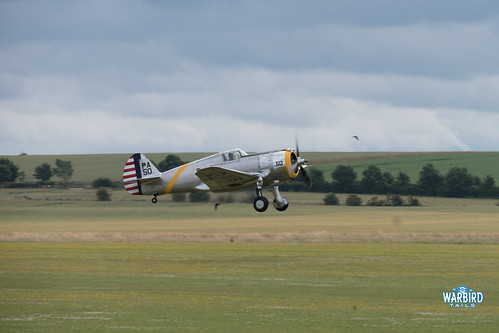 Flying Legends 2015 was to be the debut appearance of this airframe in UK skies and the pre-show days were filled with anticipation to catch this machine in the air. After a flight was curtailed earlier in the Friday due to technical problems, it seemed as though we would have to wait until show day to see this unique machine in action. Fortunately, as is so often the case in Legends week, good things come to those who wait.

Shortly before closing time in glowing evening light Steve Hinton took the P-36 up for a graceful solo aerobatic performance which is firmly engraved as one of my all time airshow moments. It is a great shame that, to my knowledge, this airframe is yet to make its public debut in a solo display slot (the P-40C, which arrived in 2014, had to wait until the 2017 September show for that honour). 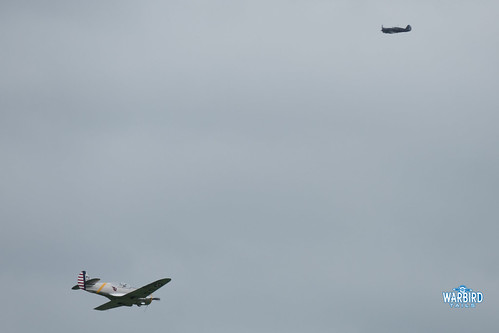 The weekends performance saw a special moment, with the P-36 displaying with its fellow Curtiss machines, most importantly pairing with the Hawk 75 for a rare sight that had surely not been seen since the 1940s.

After Legends 2015 a great deal of work was completed in order to put the P-36 on the UK register, flying again in 2016 as G-CIXJ. Once again this machines only appearance was Flying Legends, this time performing tail chase aerobatics with the equally polished P-40C as part of the Curtiss sequence. Late 2016 did see an away day for the P-36 at Goodwood, which to my knowledge marked the first and only time the P-36 has landed away from Duxford. 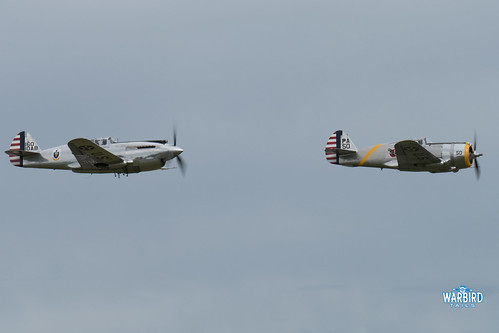 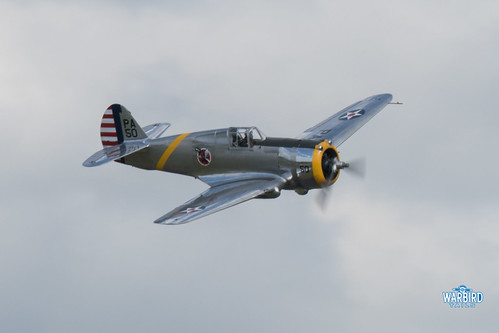 Once again, Legends 2017 was set to be another appearance for the Curtiss, though this was sadly curtailed by engine troubles early on the Friday of the show. 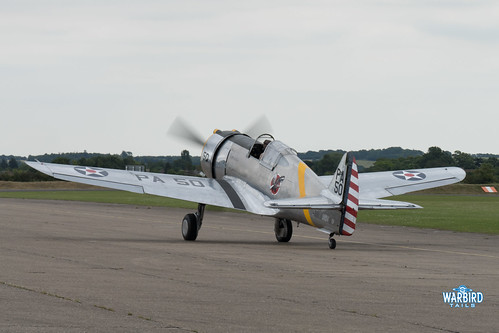 After almost two years on the ground while engine work was completed, the P-36C is now coming back to life with a number of engine runs in recent weeks. 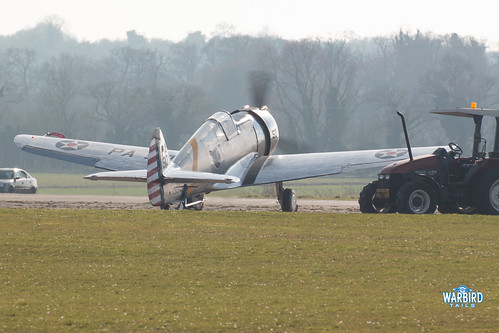 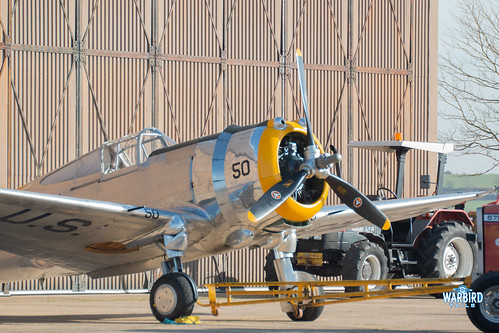 I was lucky to catch the aircraft completing tethered runs up by the Land Warfare Hall at Duxford a couple of weeks ago. Here’s hoping that we get plenty of chances to see this incredible machine in the air again over the 2019 season. 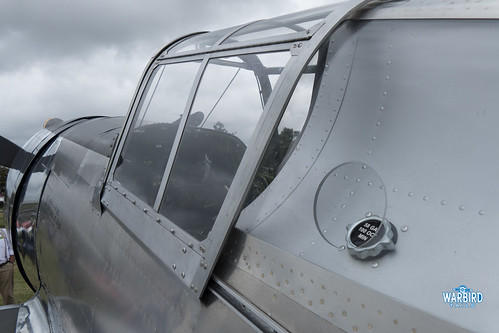 As a surprise epilogue for this post I wanted to include these wonderful shots of a remote control model of this airframe built by Warbird Tails reader Rene Alvarez, who kindly sent me these shots and agreed for them to be shared.

I’m sure you’ll agree this an incredible looking model, finished with File-Metal to replicate the polished finish. The model is 1/5th scale and has 82″ wingspan! A great sight and thanks to Rene for sharing.