Getting stuck in traffic outside an airshow does sometimes have its advantages. Waiting to climb the iconic hilly path up to the legendary aerodrome at La Ferté-Alais, the unmistakable outline of a warbird practicing aerobatics in the local area stood out. As I sat waiting for the traffic to move the silhouette moved into focus and the familiar shape of the Fighter Collection’s Curtiss Hawk 75 purred overhead and pulled round into the circuit. One of the most significant French warbirds still flying passing overhead is a pretty special way to be welcomed back to one of the greatest airshows in the world. 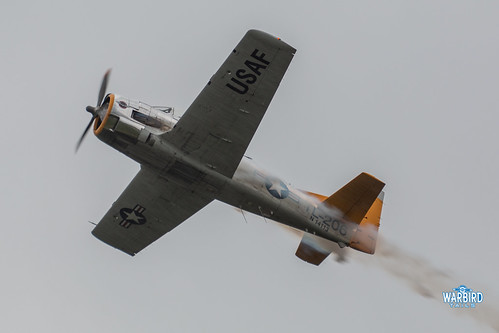 This year marked my third visit to this wonderful event and followed on from a memorable week of D-Day commemorations both in France and the UK. This years event did carry the D-Day theme with a number of participating aircraft fitting the theme. 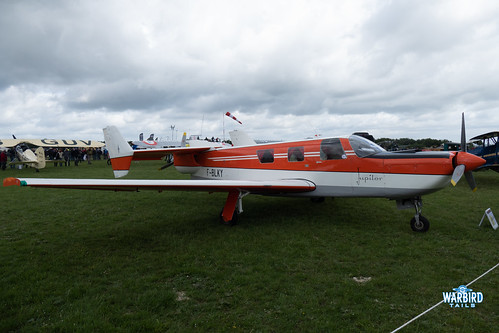 Arriving on the airfield a short while after the welcoming part from the Hawk 75 (not to mention the only appearance in the air of the Jupiter Push/Pull design on the Saturday) the first stop was the wonderful static park. This is included in any advanced tickets, which is a nice touch and unlike events elsewhere you can get all round most of the airframes. So often at La Ferté there is a chance to see familiar faces and aeroplanes in this unique setting. 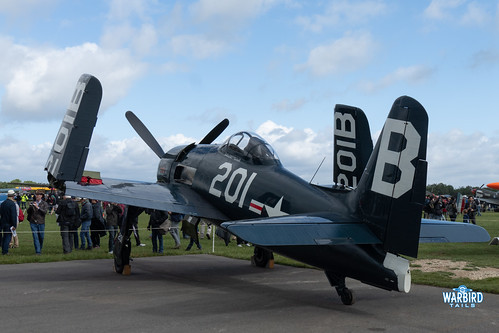 The icon of note on this occasion was the Fighter Collection’s Grumman Bearcat. Biggin Hill aside, I cannot remember seeing this aeroplane operate away from Duxford so to find it sitting on a grass strip in France was something else. Other highlights included the wonderful array of pioneer and world war 1 aircraft out on display, despite the blustery conditions. 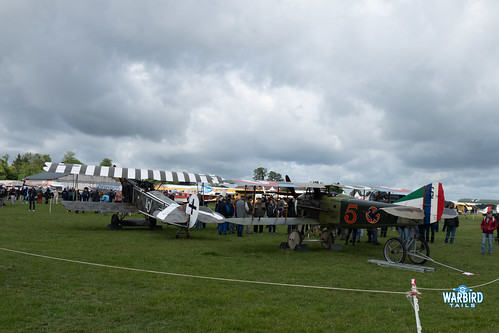 The weather was certainly challenging at times throughout the day, though flyable for the most part. The gusty conditions gave way to calmer skies as the day progressed, though not sufficiently for the lightest of the line up to take to the air. 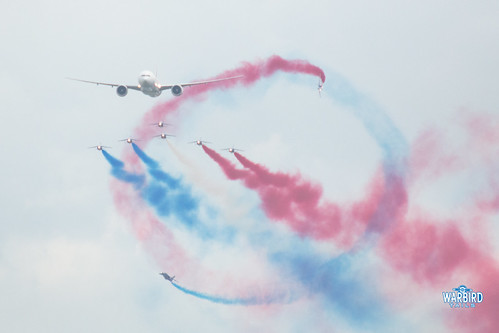 After the wonderful hospitality and atmosphere had been soaked up throughout the morning, it was all too soon time to enjoy the show. Billed as a simple formation flypast with the Patrouille de France, an Air France 777 flew multiple passes before performing its own solo display. 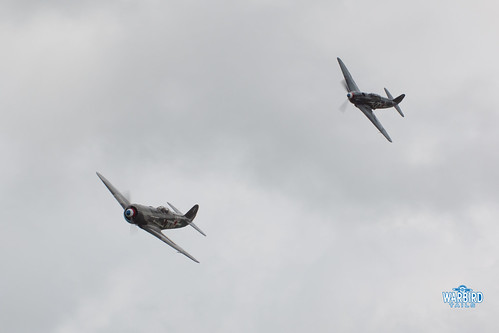 Before long it was time for the first warbird action of the day – with an energetic Yak pairs display. Led by a Yak-11, UK based Yak-3 G-OLEG flew a wonderful yo-yoing display of vertical aerobatics and flowing wingovers making the most of the open setting. The sight of these two machines looping towards the end of the airfield as the based JU-52 lumbered into the air was certainly a great sight. 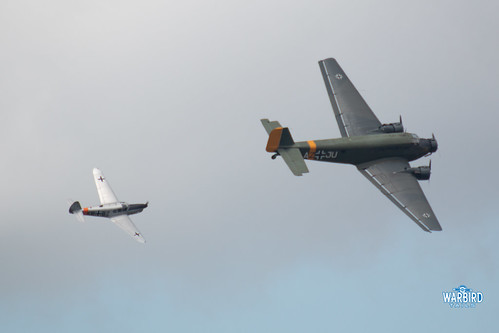 The Junkers was joined for an extended display sequence with an ME208. This was a type I’ve long wanted to see fly so to enjoy an extended routine was a rare treat. While this pair were repositioning, the based Storch flew a great account of low speed performance making the most of the gusty conditions. 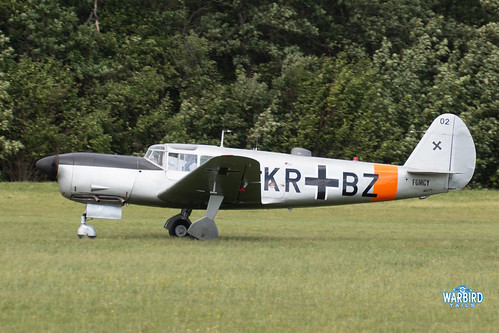 Another first for me, was the Klemm L25. This interwar German design with its distinctive wide wingspan put on a great display in very challenging conditions, almost coming to a stop at the end of each pass into wind. A notable vintage machine in any circumstances, this example has the party trick of an LED lighting system which creates the BMW logo in the propellor arch, fascinating to see! 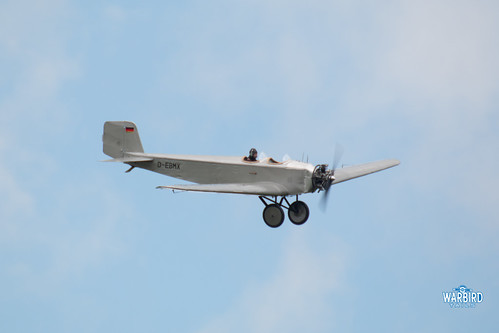 Another batch of warbird flying followed, just as the clear blue skies started to give way to rainy skies again. The sequence started with a Battle of Britain sequence, this was a pair of Spitfire (MK XVI TE184) and Hurricane (P3351) flying together before the latter broke off into a solo display. 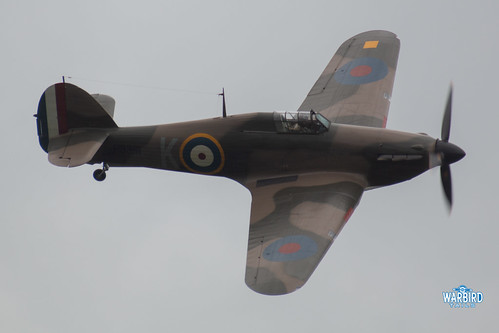 This was one of the most striking Hurricane solos I have witnessed, with vertical quarter rolls and sweeping figures all while battling showers and deteriorating conditions. This sequence was followed by a D-Day Dakota pair, which sadly saw the worst of the days conditions. 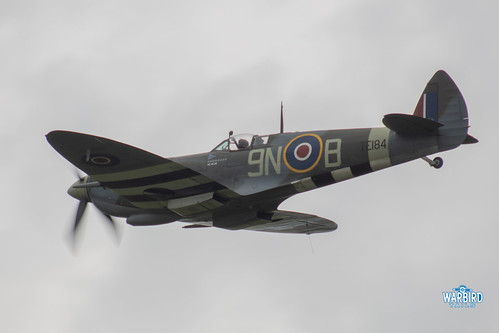 Almost has soon as it arrived, the rain cleared again to reveal the best conditions of the day. This was well timed as the annual transition from France to Hawaii returned with the familiar drawl of multiple North American Harvards taking to the air for the Tora Tora Tora sequence. 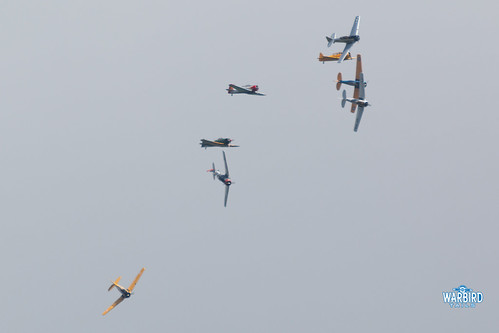 Words, images and even video fails to do this remarkable sequence justice as the sound over a half dozen radial engines diving in from height as pyrotechnics cover the airfield is simply incomparable. The locally based P-40 scrambled to deal with the attacking machines before flying a lovely solo display. 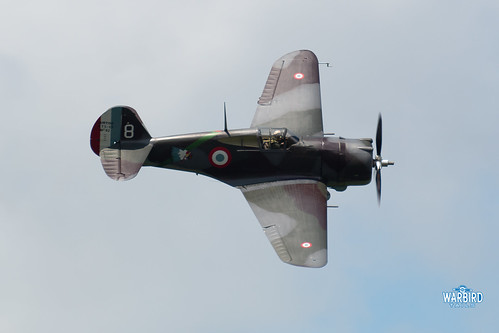 As a UK enthusiast at La Ferté, it is always great to see some of the “home team” in action. The Fighter Collection are always a big part of this. This year they had the pair of Hawk 75 and Grumman Bearcat, both of which flew back to back solos. The Hawk over France is always a treat, especially when flown with such precision as seen this year. 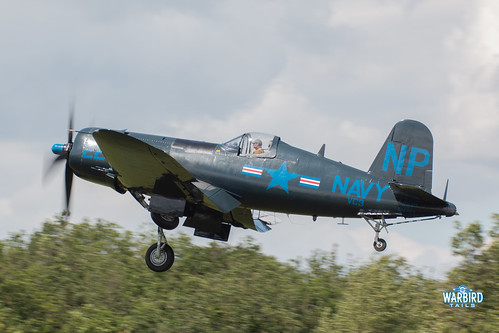 The Bearcat was put through its paces in a graceful extended aerobatic performance by Nick Grey. It was great to see Nick take control of the Bearcat some 5 years after his father retired from display flying in the same machine at this very venue. 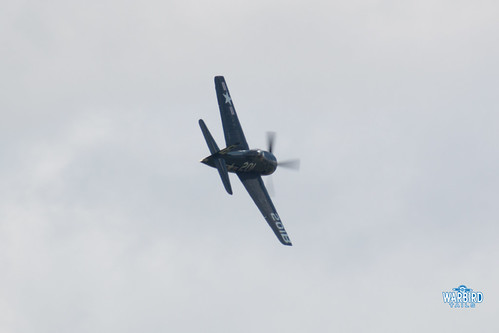 The La Ferté based Corsair followed with another masterclass in warbird aerobatics, complete with the nice touch of a gear down, tail hook down pass. 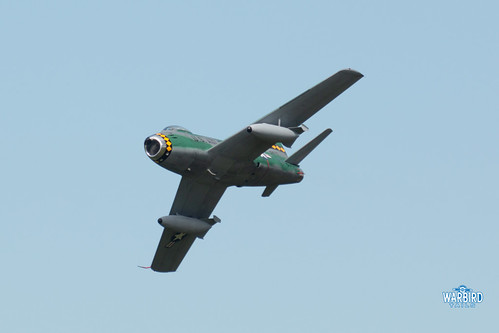 Noted arriving, gear down, landing lights on from the South was a much missed profile. Fred Akary purchased an F-86 Sabre last year and after some shipping delays, it made its airshow debut earlier this year. 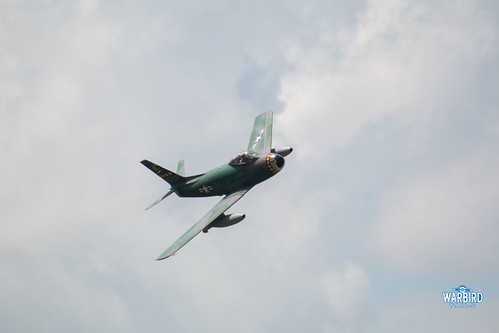 It was a pleasure to watch a Sabre being displayed again after Golden Apple’s example departed for the US in 2014. This example being a later, higher powered version showed its performance well, particularly during its final few passes. 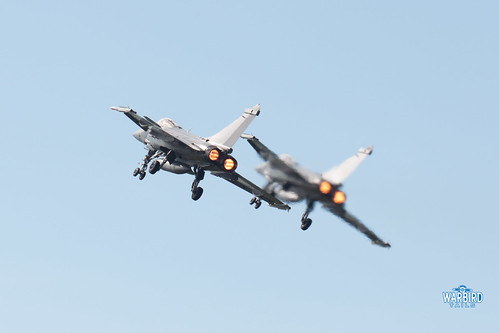 La Ferté is known for putting together unique formations and alongside the regular French Navy formation, this year also saw a Dassault tribute. This formation was led by a Flammant, with Mirage 2000, Rafale and Falcon 8 in echelon. The Rafale and Falcon 8 also flew solo displays. 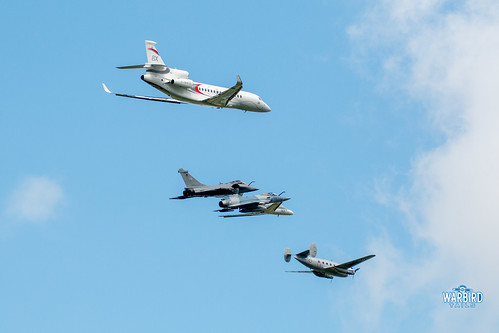 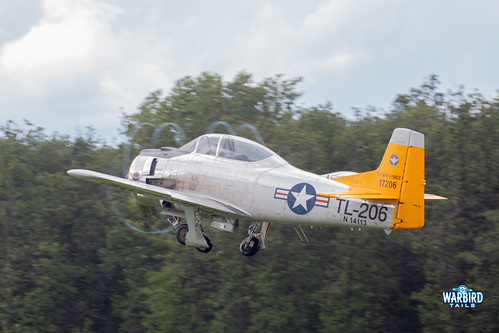 The traditional Vietnam set piece was another sequence effected by weather, with participation being reduced to a Cessna Bird-Dog and four T-28 Fennec/Trojans. This level of T-28s in one place must be a first for a European show, certainly for some time. After a short tail chase in the rain, the based example flew a stunning solo aerobatic routine in some grim conditions before admitting defeat and landing. Once the weather had blown through it was airborne again alongside another T-28 for a graceful formation aerobatic performance. 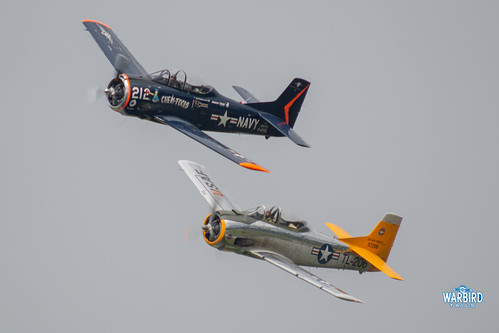 As conditions improved throughout the day a small tribute to WW1 was able to take to the sky. With the more accurate replicas unable to get into the air, it was left to the “Stampe-e-5s” to play the part. I just love these little biplanes. They are always flown with such enthusiasm and can’t help buy make you smile. 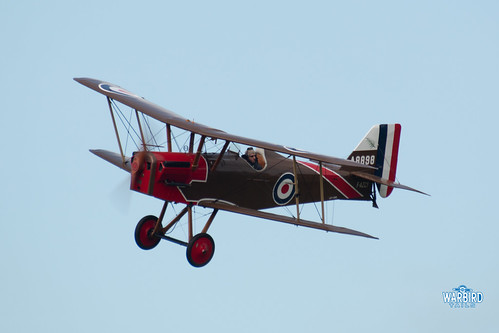 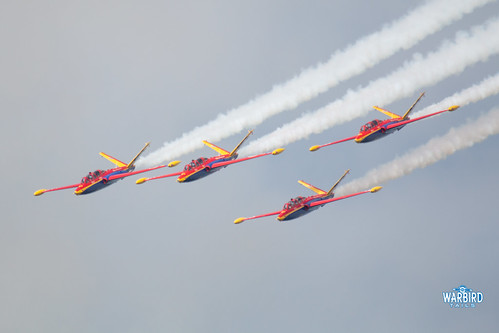 Bringing things to a close was a selection of aircraft owned and operated by AJBS based at the airfield. This was a great way to bring the show to a conclusion in the wonderful late spring sunshine. 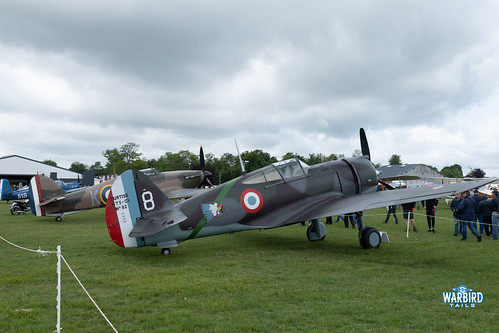 Though a challenging day in terms of conditions, the shining light that is La Ferté-Alais was in no way lessened. At every turn there is a unique sight or some stunning flying that stays strong in the memory for a long time. I look forward to 2020 and the chance to enjoy this unique event yet again.