Now an annual event with a growing reputation, the Headcorn Battle of Britain airshow returned on the 6th/7th July in 2019. Growing from the first evening event in 2015, the show has now established itself in this late June/early July slot and boasts and impressive collection of warbirds the likes of which rarely appear away from Duxford. 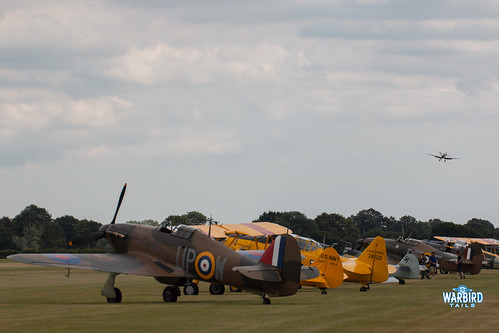 A busy weekend for airshows around the country, I only attended the Saturday of the show, which is by far my most local, having grown up around the airfield. Arriving early I was treated to a characteristic Rob Davies arrival, leading in a Harvard and Stearman pair in a wonderful low run and break. 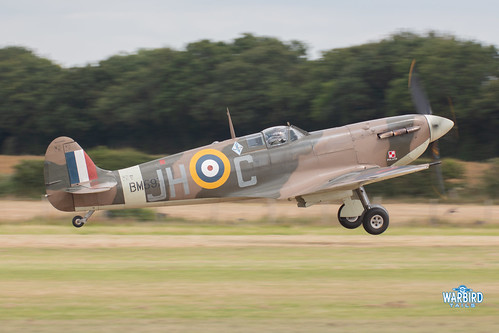 The show ground was busy from the start with a consistent queue throughout the morning (something that didn’t quite tie up with the advanced ticket only option….surely this could be improved for 2020). Though the end of the crowd line near the entrance was packed, towards the western end there was plenty of space to enjoy the flying. 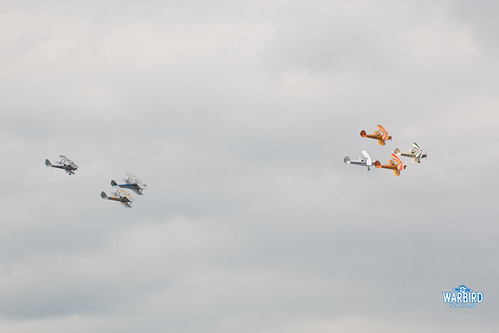 After a quiet morning of normal airfield operations, flying got underway with a collection of biplanes. Aero Legends’ own Thruxton Jackaroo and Tiger Moth pair flew alongside the four ship Stampe display team before the latter group flew their typically polished display. The solo Stampe display was comfortably a highlight of the day with a wonderful combination flick rolls and looping figures. 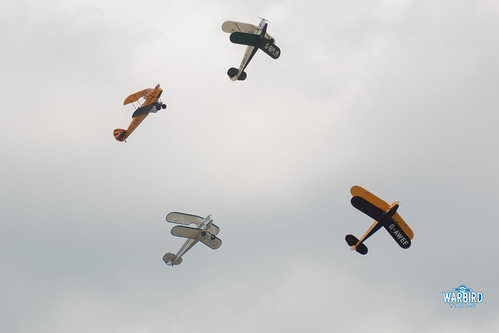 This aerial theatre was quickly followed by Steve Jones getting airborne in the Aircraft Restoration Company’s Buchon “Yellow 10”. The Buchon was put through a typically graceful solo display before Anthony Parkinson launched in Spitfire IX TD314 to intercept. 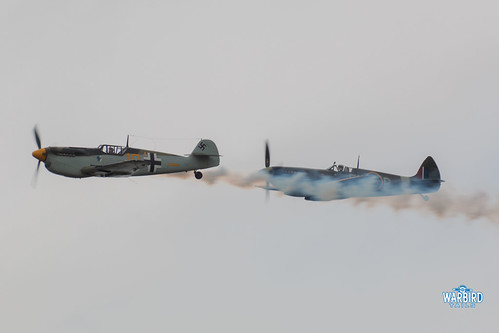 The dogfight that followed was one of the best I have seen, with the Spitfire almost immediately turning to chase the Buchon from takeoff and following through a number of tight turns and derry turn maneuvers before claiming victory over the Buchon. It was great to see the Spanish built fighter operating off the grass at Headcorn again. This victory was followed by a solo from “Parky” in the Spitfire, another regular Headcorn highlight. 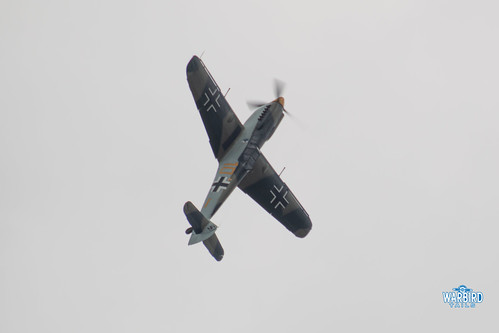 The Headcorn shows follow a slightly unsuual format, with the flying separated into differing time slots throughout the day, with gaps of half an hour to forty-five minutes to allow those on the ground to enjoy the ground activities between acts. Following the first gap was the Headcorn airshow debut from B-17 Sally B. 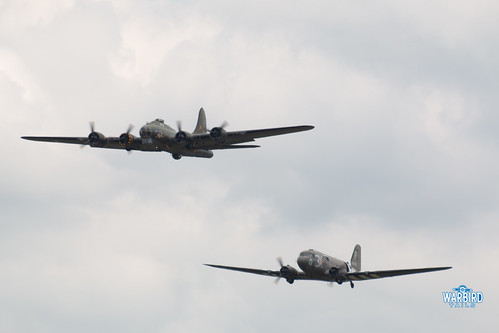 The mighty bomber first flew a couple of passes with resident C-47 “Drag em Oot” before flying a short solo display. The C-47 display followed flown with typical style. This would not be the C-47s only inclusion in the display as it also performed the jump-ship role for a round canopy parachute drop. A fitting sight, given this years D-Day celebrations. 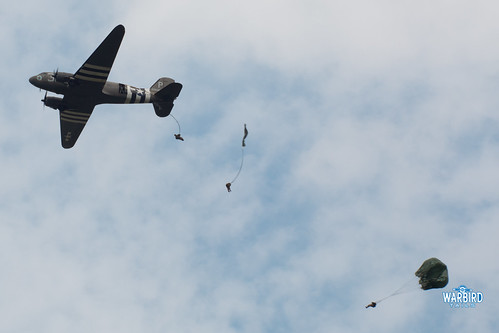 The Battle Of Britain Memorial Flight have been well established participants in Headcorn shows and have started operating from the airfield in recent years. This year saw them land on during the early part of the show with Spitfire V AB910 and IX MK356. The pair got airborne together and after a series of dynamic formation passes, flew a graceful tail chase routine, which complimented the Aero Legends pair performing a similar routine in the previous segment. 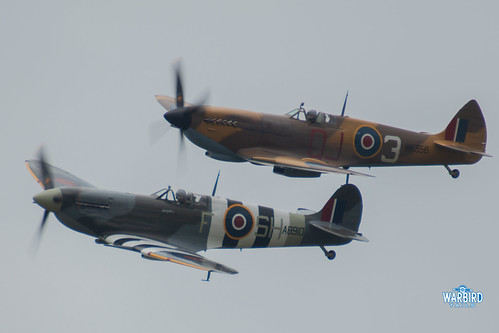 The first day of the Headcorn show concluded with a mass warbird sequence. This saw the Aero Legends Spitfire pair joined by Historic Aircraft Collection’s Mk V BM597 together with no less than three Hawker Hurricanes (Sunday would see four Hawker fighters take part) in the form of Mk Is R4118 & P3717 and Mk XII “P3700”. 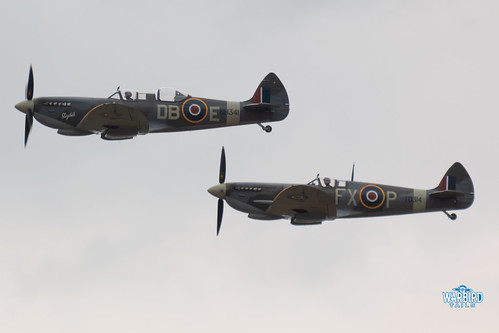 The six fighters flew a figure of eight pattern over the airfield before peeling off into a gentle tail chase. This routine built nicely on last years sequence which simply saw the fighters fly orbits around the airfield. 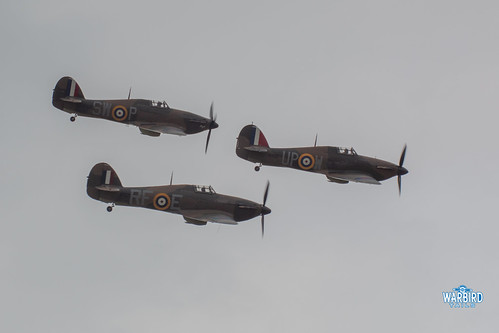 The 2019 show really developed some of the groundwork laid out in previous instalments and made for a great afternoon’s flying. Headcorn both as a venue and flying programme offers something unique in the UK scene outside of perhaps Duxford and Old Warden. I hope to see this event continue to build  over the coming years and only have one request. With Headcorn’s significant USAAF history, can we please have a Mustang and perhaps the Thunderbolt next year?