Back in 2014 I had the welcome chance to visit the Reading WW2 weekend. It still sits amongst my fondest aviation memories, in part due to the chance to fly on B24 Diamond Lil’, but perhaps because it is the only “proper” American airshow I can really remember attending. 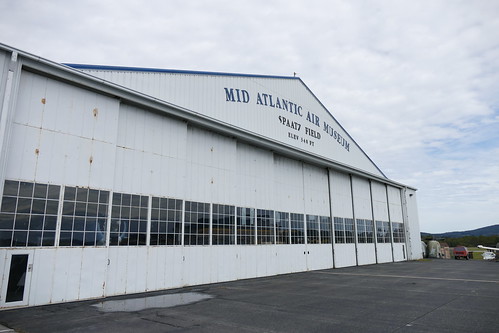 I couldn’t really turn down the opportunity to visit this great location again on a drive down from New York to Washington DC on a recent trip. The visit would have the added bonus of a chance to see the Berlin Airlift Historical Foundation’s C-97, which is sadly stranded at Reading following engine trouble earlier in the year. 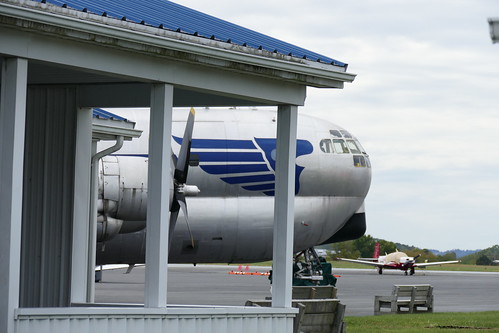 The C-97 greets you from around the museum’s new (yet to open) hangar as you drive up to the museum entrance. It’s always strange to arrive at an airshow venue on a non-show day for the first time. It takes a little while to reacquaint yourself with the surroundings. It was also a little surreal to be back at Reading at all. It is a great part of the world, with sprawling, densely forested hills all around in the Pennsylvania countryside. 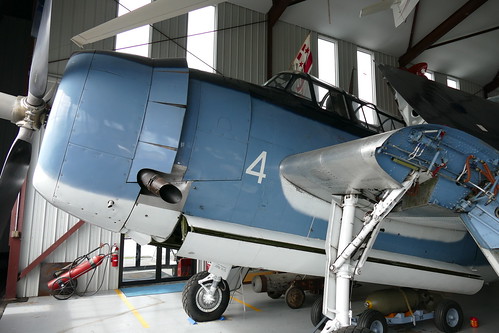 The museum is open on a tour basis, which we sadly had to rush a little due to other plans for the day, but our guide was very informative. This filled in a number of stories about the airport and the local area that I was previously unaware off, particularly in relation to its part in the regional airport becoming so common place in the US. 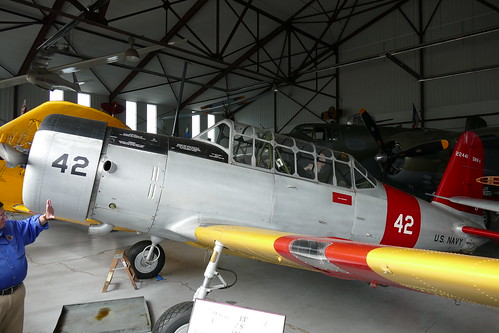 With the new hangar yet to open, the museum consists of the main hangar and a busy apron. The main hangar is the first stop and it is quite literally crammed full of interesting airframes, with some of the lighter types hanging on the walls to make the most of the space! 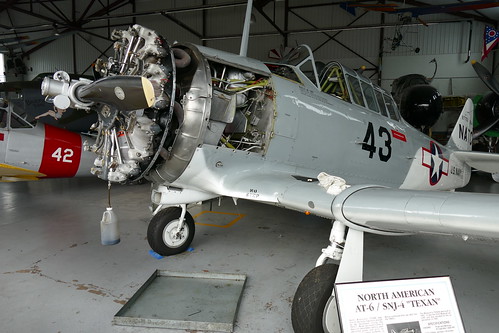 The gems of the collection are the museum’s airworthy WW2 aeroplanes. The mighty Grumman Avenger is the first to greet you, complete with replica rockets on its folded wings. Vintage trainers take up much of the hangar, with a Stearman, SNJ and BT-13. 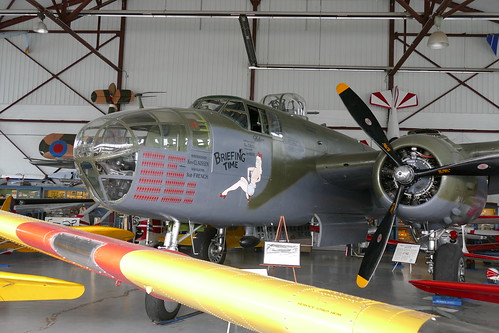 The centrepiece of the museum is B-25 Mitchell “Breifing Time”. I suspect I am not alone in feeling very familiar with this machine as the museum’s model of this airframe for Microsoft’s Flight Simulator was viewed as one of the most accurate WW2 aircraft for some time while I was growing up. It really does look to be a wonderfully preserved example of the type. 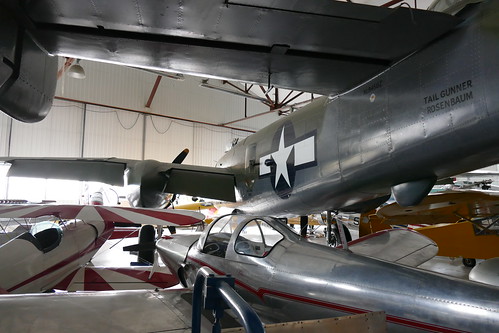 I suspect that there will be no question that even the perfect finish of “Breifing time” will eventually have to give way to the museum’s reason to be and multi-decade project, the Northop P-61 Black Widow. This towering twin engined night fighter is one of only four remaining in the world and when complete will be the only airworthy example. 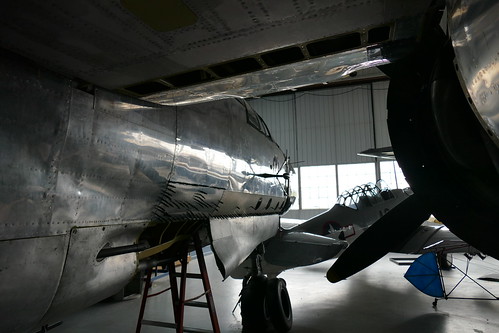 Notable progress had been made since my last visit in 2014, with the propellors and spinners having been fitted, not to mention a little paintwork. As always with such restorations, they often spend much of their time looking around 90% done. A lot of internal work is clearly taking place and the wings are starting to come together. It’s certainly lucky that the new hangar is coming together as this machine will need plenty of space when the time comes to spread its wings. 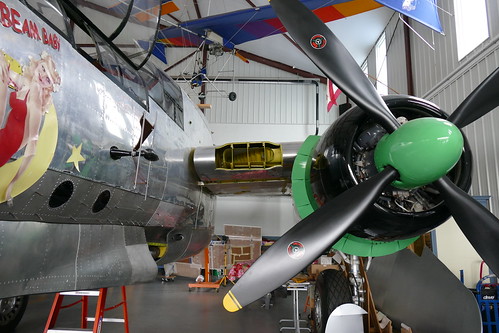 Outside there is an impressive collection of prop liners and cargo types. The R4D/C-47 that was the museum’s first airworthy machine sits at the centre of the group, joined by a Flying Boxcar and Lockheed Neptune. Two machines I didn’t expect to see in the states were the de Havilland Devon and Vickers Viscount. The latter of the two played a big part in the airport’s history, being the first turbine aircraft to operate there. Amazingly the Viscount was operated by the museum for some time until an engine problem led to it being grounded. 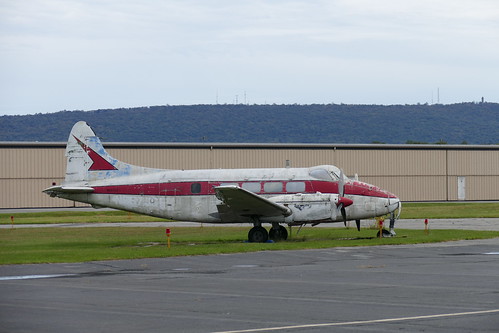 The final machine of our visit was in part the reason for coming, the immaculate Boeing C-97 of the Berlin Airlift Historical Foundation. It truly is a stunning presence and wears a striking colour scheme. Without a doubt one of the most impressive resurrections of recent years and the culmination of years of hard work. Sadly things are now on hold while the team fundraise for the much needed replacement engine and associated spares to keep the airframe going which will cost around $300,000. While a great shame that the aircraft suffered such a significant engine failure, it is at least in good hands at Reading and forms part of a great collection of post war multi-engined pistons. In time I hope this mighty machine can fly again and I will certainly be back to see that when it happens. 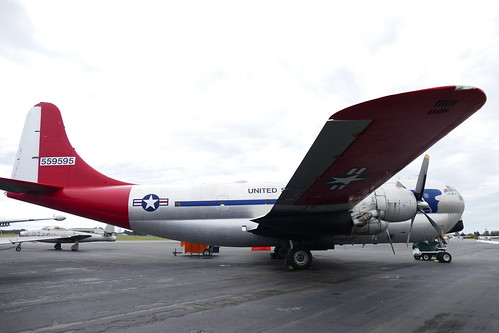 The Mid-Atlantic Air Museum is a great little collection run by a welcoming team that clearly care deeply about the aircraft and stories they represent. I would wholeheartedly recommend popping in if you’re ever in the area.