As can and does happen in historic aviation, the weather can often put an end to best laid plans. Travelling great distances to watch old aeroplanes, particularly pre-WWII types, fly is always a challenge. Frustratingly, though most days I was in the states, even on the East coast, the weather was quite pleasant. That was until the day I was due to enjoy the WWI air display at Old Rhinebeck of course! 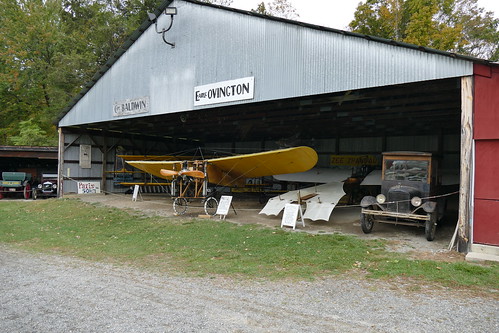 A pleasant drive upstate from New York City culminated with a sign on the fence explaining that the airshow was cancelled, as it turned out due to cloud cover (annoyingly, the wind was non-existent!). However, always looking for a silver lining, the museum was still open as was the airfield, offering a chance to enjoy one of the premier pioneer and WWI flying museum’s in the world. 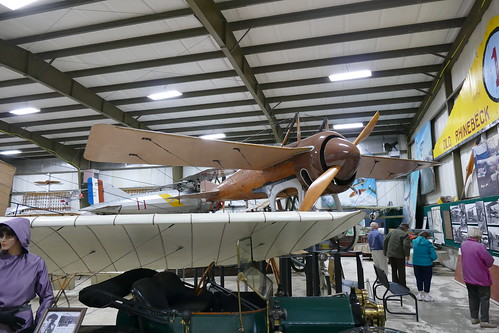 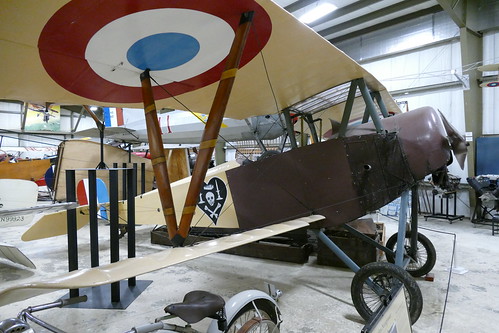 walking up the dirt track from the car park to the museum hangars you are presented with four distinct hangars. The main museum hangar is a more modern building and contains a number of “Golden Age” types as well as some First World War and earlier. Highlights in this hangar included a Deperdussin Monoplane and a Nieuport that appeared to have been simply rolled in once it stopped flying some decades ago and put on display. The clear signs of castor oil and mud really added to the immersion of this collection with clear signs that whether active at this time or not, these aeroplanes have been kept to fly. 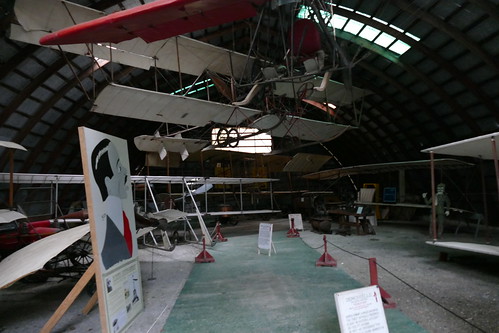 The other three hangars are of more in keeping construction and hold three eras of aviation. The pioneer hangar contains a number of pre-ww1 machines. The WW1 hangar holds the formerly airworthy Sopwith Camel and Fokker Triplane that are instantly recognisable to anyone who has spent time watching old footage of the aerodrome. Also on show is a Fokker Eindecker replica with an interesting wing fold arrangement. 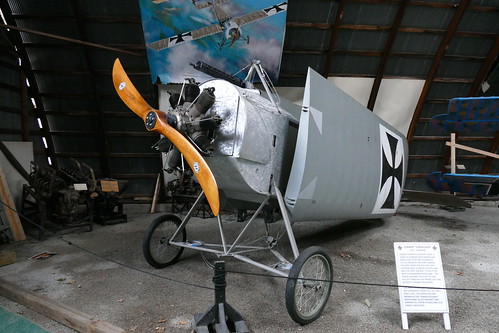 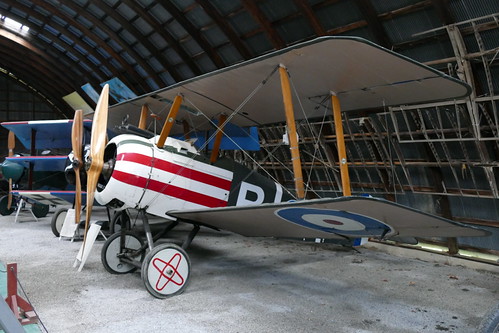 Finally, the interwar hangar contains gems such as an Aeronca C1 and other sport aviation types. 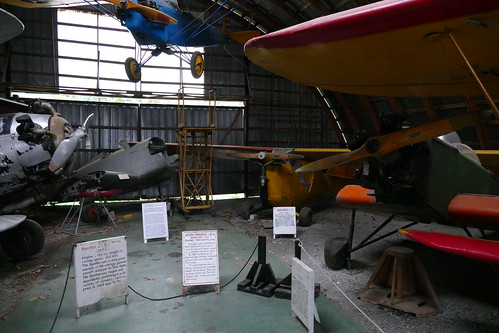 With the museum hangars complete it was time for a walk round the airfield site. Walking through the iconic welcome sign you are soon greeted by the airworthy pioneer types, which, like many of the airworthy aircraft spend the summer months in open fronted hangars. The sight of the Bleriot, Curtiss Pusher and Antionette was quite remarkable, before I walked over to the airside fence. 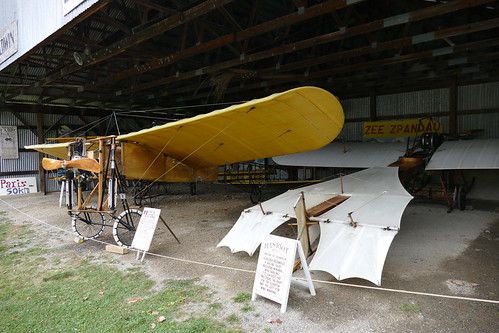 What really struck me was how strange an arrangement the airfield is. The real scale of the hills at either end of the runway and the degree of the bend towards the far end is remarkable, not to mention the complete surround of the trees. It must present a real challenge for pilots. 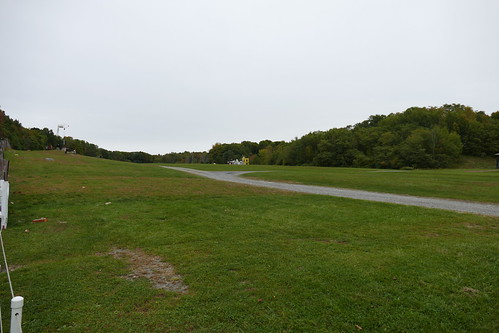 I was able to catch a glimpse of the aerodrome’s superb Spirit Of St Louis replica before its hangar closed which was a nice surprise. 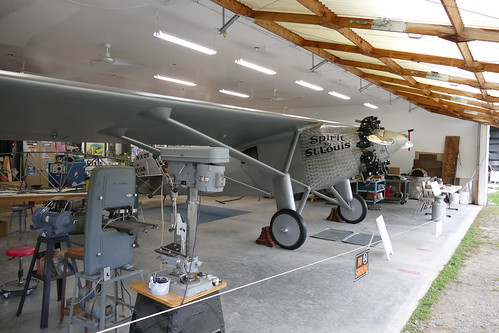 Rather amusingly, the “AVRO” hangar currently houses three of the four airworthy German types. The DVII Replica and current Fokker Triplane were at the front of the hangar, with the Albatros in behind. 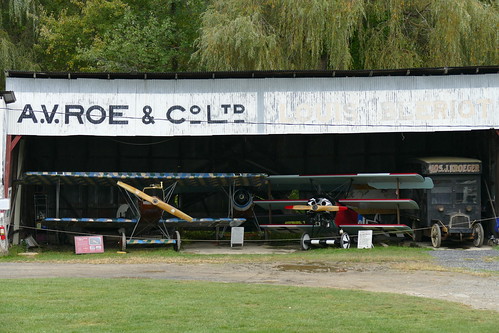 Other WW1 highlights on show were the Spad VII and Fokker DVIII (only viewable from a distance across the runway) and the approaching completion Sopwith Dolphin (which looked great!). 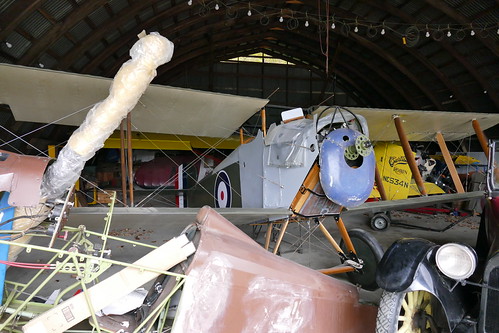 Further down the airfield the mock village used as part of the WWI set piece theatre was clear to view as was the simple grandstand seating that you can imagine is well filled on a better weather day. 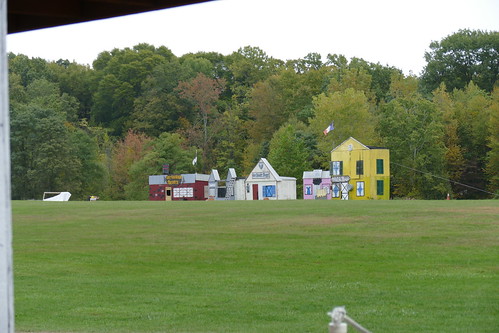 Though a short and damper visit than intended, I count myself lucky to have visited Old Rhinebeck and will hang on to my airshow tickets “Rain Checks” and hope to one day return!