The celebrations to coincide with the 75th Anniversary of the Normandy landings in June produced some remarkable moments both in the air and on the ground. Amongst the festivities was a remarkable gathering of C-47s/DC-3s, a type forever associated with the landings, both for their role in dropping troops and towing gliders. 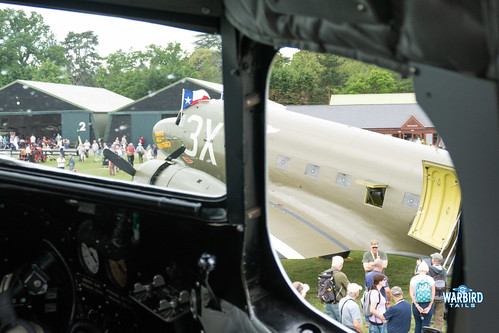 While much of the pre-planned publicity was centred on the events at Duxford and in Normandy, a number of the aircraft descended on Old Warden during the first weekend in June. This was an unprecedented sight for a number of reasons. 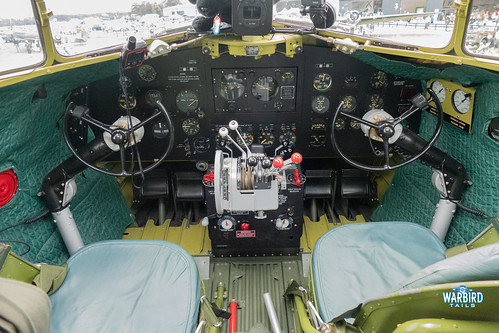 First of all there was the fact that not a single Dakota had touched down at the small Bedfordshire airfield until a month prior at the collection’s season opener at which time it was the largest aeroplane ever to land there (only to be outdone by the arrival of the Catalina a few moments later). This meant that having seven examples on the ground would enter the airshow history books. 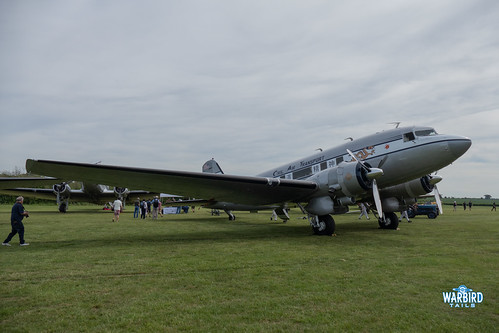 What made the collection even more special was that it was entirely made up of US based examples that had come over in the weeks prior especially for the occasion. This included two aircraft from the Commemorative Air Force (That’s All Brother and Betty’s Biscuit Bomber) as well as more familiar aircraft to the UK such as Placid Lassie. There were civilian marked examples present as well, with John Sessions’ immaculate Pan-Am example. 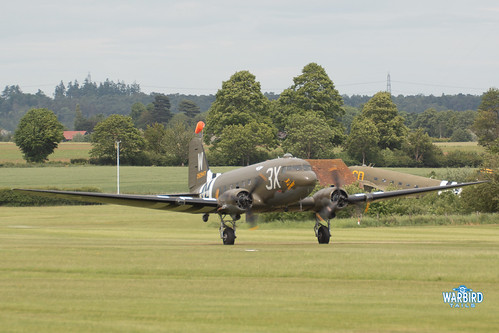 Though they didn’t take part in the flying display they were on show for an extended period in the paddock for public inspection. This was the only time during the festivities where so many of the aircraft were available on an unrestricted basis with many offering a chance to get onboard. 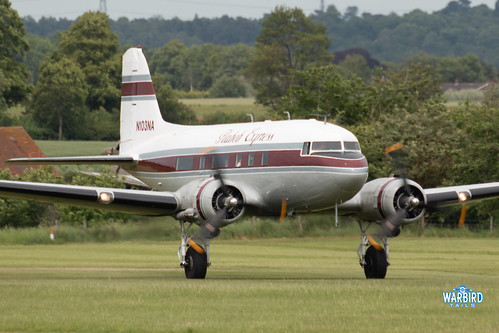 Half way through the flying display the seven Douglas machines fired up and taxied over the the far side of the airfield for power checks before taking off in a stream take off. This was certainly an unforgettable sight and a moment that will long be held in high regard by those present.