The incomparable atmosphere of Hahnweide will long stick in my mind as one my all time favourite airshow memories. The rolling German hills, combined with the characterful grass runway and warbirds and vintage machines as far as the eye could see. 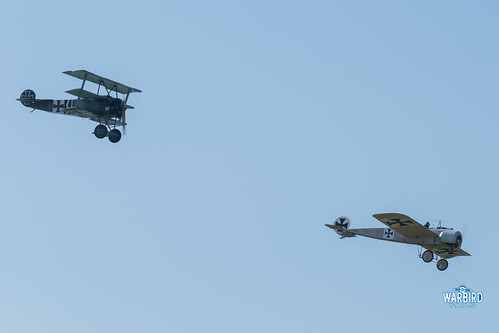 As part of this years’ retrospective airshow moments series I have already focused on the warbirds element of the show and this time wanted to focus on one of the earliest display elements. 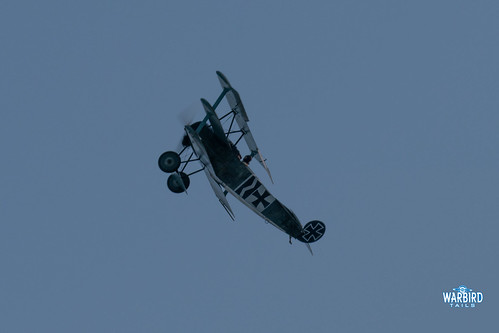 WW1 aviation has seen a real resurgence in recent years but despite this you would still be forgiven for thinking that WW1 aircraft are relatively docile machines and certainly not capable of what we today would call “aerobatics”. Fortunately one man goes out of his way to actively prove this to not be the case. 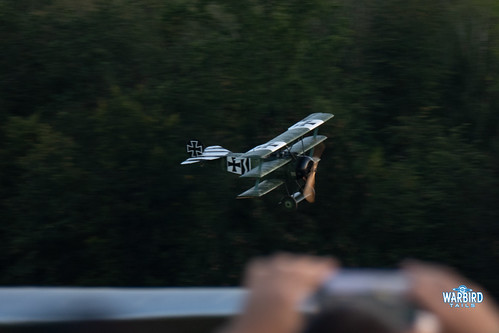 Mikael Carlson is a name many readers will know if nothing else for his exploits in Bleriot’s over the years recreating the historic channel crossing, as well as great displays in the UK over the years. 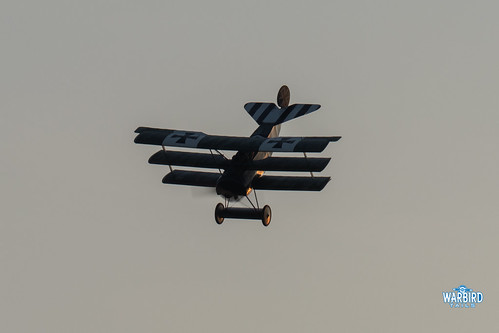 Carlson also has a pair of WW1 Fokker fighters that he built himself using original engines. His evening shows at this venue have a kind of mythical quality even for those who have not attended. On this occasion he brought his Fokker DR1 Triplane. To enjoy an operational rotary powered triplane is really a treat enough but as this small fighter lept into the air into a tight turn you could tell we were in for a treat. 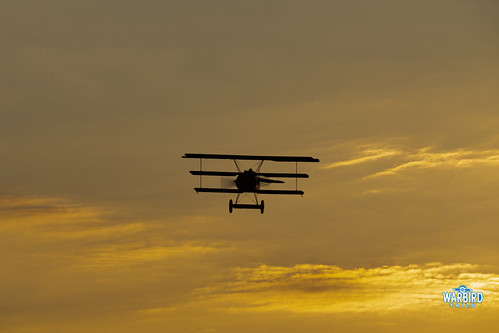 What followed for the next 10 minutes or so was a whirling blur of tight 360s, reverse half cubans, rolls, barrel rolls and even a couple of full loops, all finished off with some incredible low sweeping passes down the “valley” at the far side of the airfield. The quintessential German WW1 fighter at high speed and low level through the German countryside being flown by an absolute master is quite simply airshow magic. As an added treat we got a repeat performance the following morning alongside a Fokker EIII Eindecker replica. I can’t wait til I get another chance to enjoy Mr Carlson and his wonderful aeroplanes. Perhaps the DVII next?