A key part of the impressive reserve collection housed at the Center is the remarkable collection of captured Luftwaffe machines from WW2. You know its an impressive collection when the most common airframes are an ME163 and Fw190! 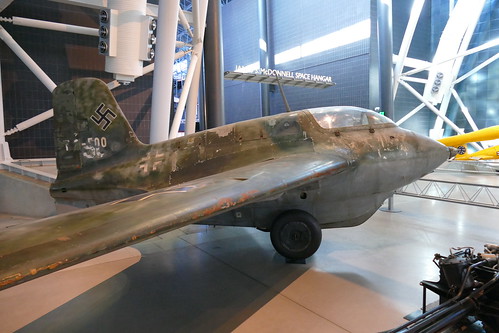 The ME163 Comet is in incredible condition appearing to more of less have been left “as found” and the Focke-Wulf is a wonderful example to. However it is some of the other machines on show that really take the limelight. 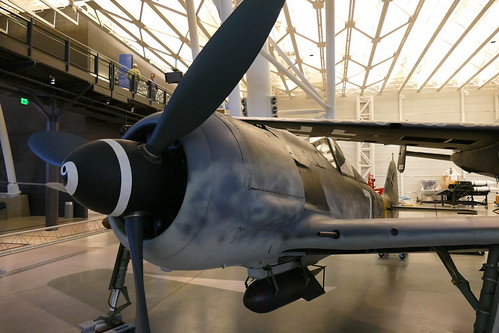 Standing tall among the other machines is one aircraft I’ve longed to see in one piece for years. The HE219 Owl/Uhu was an incredible machine in operation being a purpose built night fighter complete with advanced radar and a pressurised cockpit. For many years the restored fuselage has been displayed at the museum for many years now and it was only early this year that the restored wings were completed and attached to the aircraft. At the time of my visit it was sitting on its tall undercarriage with just the propellors and a few panels remaining before it would be complete. 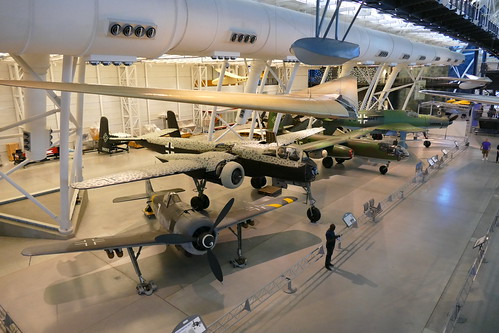 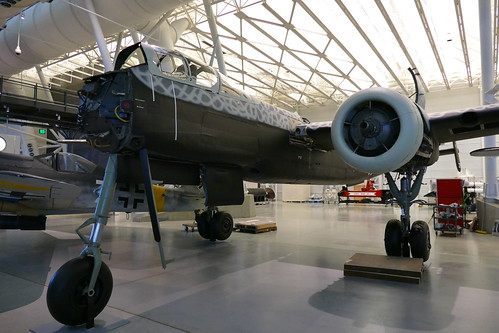 Next to the Heinkel is an Arado 234, a jet powered bomber with an all glass nose that must have been an impressive sight in the sky. The wonderful Dornier DO335 push-pull fighter stands tall on the other side of the Arado. Having seen many pictures of this type over the years, the sheer scale of the airframe really took me by surprise. 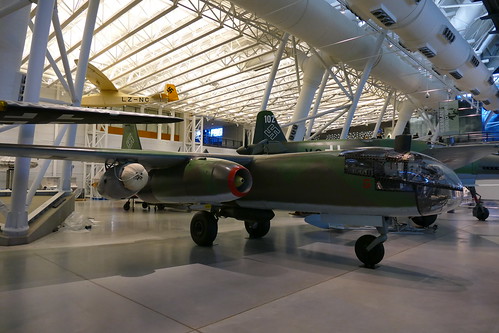 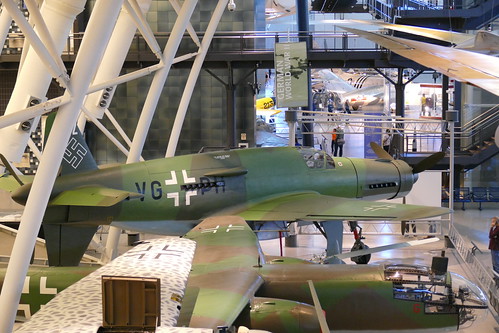 The final Luftwaffe machine on show is the Horton HO229 flying wing which is a telling reminder of the remarkable advances in flight development that the German engineers were making towards the end of the war. 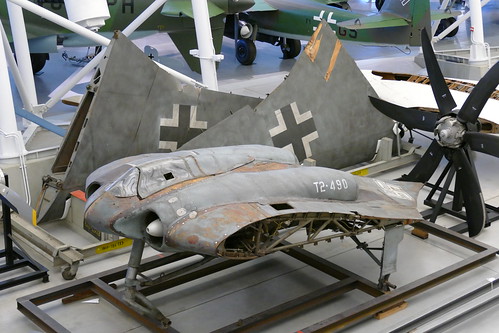