The UK Airshow circuit has been lucky to enjoy a number of Hawker Fury/Sea Furys over the years but rarely have any significant numbers been on the circuit at the same time. The past few seasons have seen Anglia Aircraft Restorations Fury II, Shaun Patrick’s R2800 powered T20 and Navy Wings’ Centaurus powered T20. 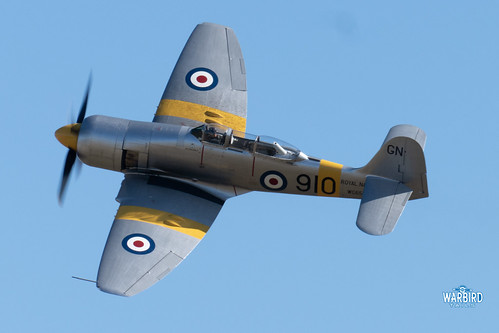 The three airframes have shared the Duxford flightline on a few occasions before, but have always flown in seperate slots. This changed in September 2019 when the three UK based examples were launched together for a joint slot. 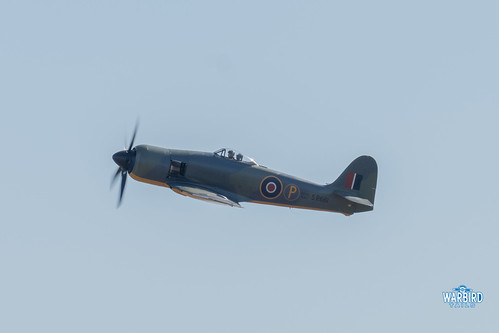 The great fun of Duxford shows is that you are never quite sure what routine you are going to get. I expected this routine to be a classic solo aerobatics with a close in tail chase from the other two airframes but the routine that followed, particularly in the great weather of the Saturday was quite remarkable. 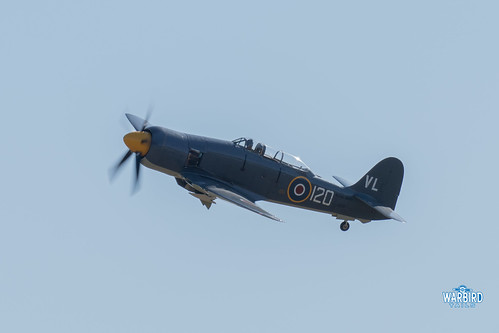 After a formation arrival the three fighters followed each other through flowing tailchase aerobatics including half cubans and barrel rolls before seamlessly rejoining into formation through a 360 degree turn. 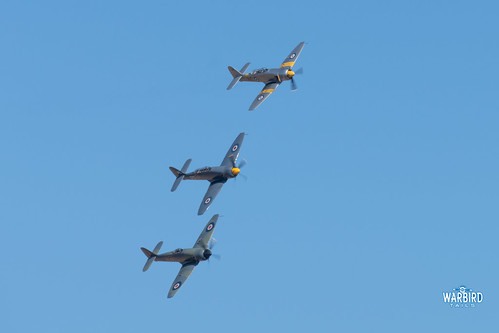 The sound of the two Bristol engines combined with the PW R2800 was just magic and watching the incredible power and performance of these machines together was something to behold. 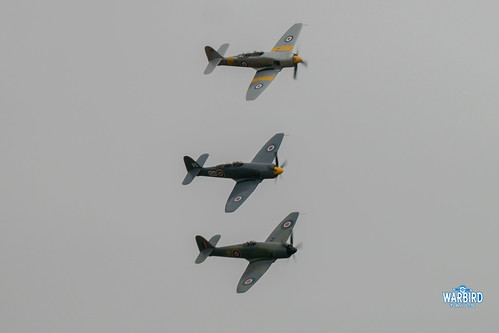