Carrying on from the previous two posts, today’s looks at the impressive collection of USAAF machines on display in the museum from WW2.On arrival to the museum you are greeted by a Curtiss P-40.

Once inside you can’t help but notice the huge presence of the B-29 Superfortress “Enola Gay” famous for carrying out the war ending raids on Japan in 1945. The airframe is displayed on a raised platform offering impressive views in the cockpit as well as an all round view of the underside. 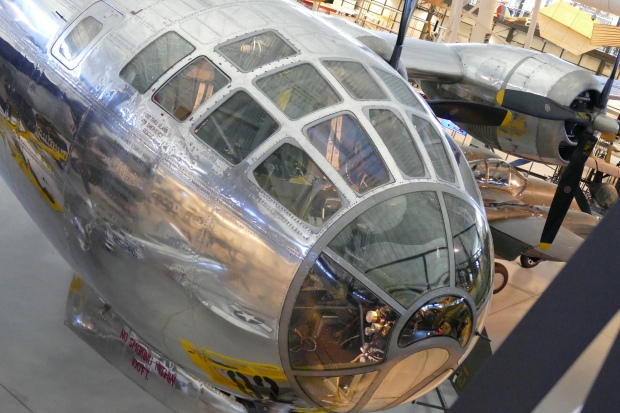 Beneath the B-29 sit two icons of the US forces in WW2. A P-38 in original condition and a wonderfully restored P-47.

Arguably the rarest in terms of type on display here is the P-61 Black Widow, which is an impressively large aircraft.

It’s incredible to believe that there is so much in this museum in these first three posts with plenty left to cover!