This years Flying Legends brought a number of season highlight but it was the mid-point of the show that brought the real high point for many and an act thoroughly deserving of an airshow moments post, Ultimate Fighters. Since the announcement and associated trailer went live early in the year, there had been high anticipation for the Sywell based team to make their debut.

Flying four machines operated by Air Leasing, the Ultimate Fighters team hark back to the glory days of mixed warbird formation displays of the Old Flying Machine Company. With the incredible combination of P-47, Buchon, Spitfire V and TF-51D Mustang, it is unsurprisingly a superb display. 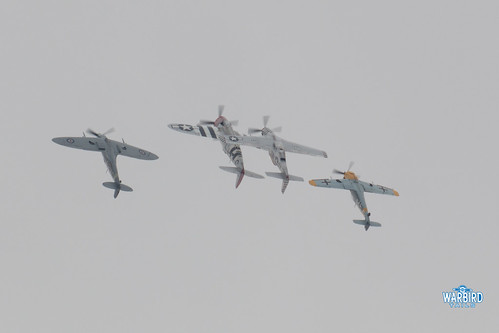 The initial part of the sequence sees the Thunderbolt lead the smaller fighters around two loops on the A and B axis, before the fighters split off into pairs. The invevitable Spitfire/Buchon dogfight ensued but flown with real rehearsed theatre, rather than a gentle figure of eight routine that has become more common. The american fighters then came diving in from height for a masterclass in close formation aerobatics before the foruship effortlessly rejoined for a final few passes. Hearing the different sounds as different pairings display and as the four aircraft pass through aerobatic figures just adds to the magic of this display. 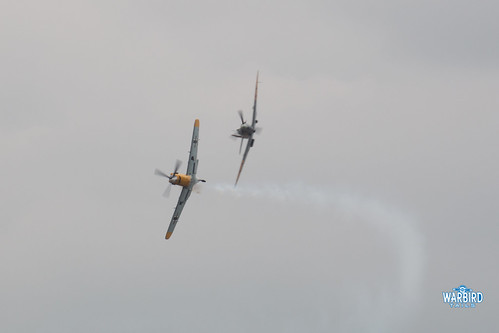 This display really has to be seen to be believed and has developed as the season has gone on. Hopefully 2020 will see the team gain more bookings and bring this wonderful collection of fighters to wider audiences.