As so many of these stories start, Rob Stewart grew up attending airshows such as the Great Warbird events at West Malling. Aside from the awful traffic getting in and out (some things never change), it was the warbirds that left a great impression.

That love of warbirds continued for Rob but as is often the case, life went in a different direction towards a career in financial services. Now running his own businesses Rob has started to return to his real passion – flying and more specifically, warbirds.

Rob learnt to fly at Headcorn in Kent and last year completed his tailwheel conversion on the Piper PA-12 before moving on to the aerobatic CAP 10. He hopes to move on to other vintage types in the future as he builds his flying experience.

Keen to become part of the industry and get involved with these historic machines, Rob considered what might be the best use of his skill set. His work had given him good experience of negotiation and marketing both of which he enjoyed. With that in mind he looked into the broker market. Noticing that the main warbird brokers at the time were not even based in Europe, he saw an opportunity to start something new. 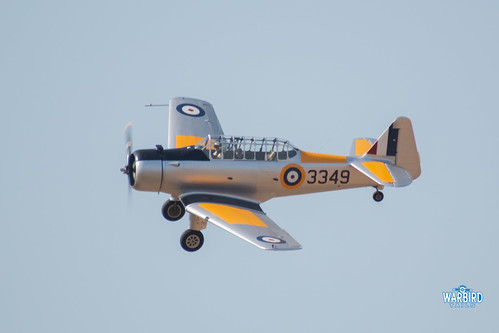 This was the genesis for his company, Eagles 11. The name was inspired on two parts, Eagles have been associated with aviation since its inception with iconic squadrons such as the Eagle squadron in WW2. The 11 is significant not only because Rob was born on the 11th November, but also because of 11 Squadron’s badge featuring two eagles.

Anyone who is a regular Flypast reader will have become familiar with Eagle 11’s wonderful back page adverts. High quality images of aircraft from their inventory together with a fresh format that is wonderfully backed up by the company website. 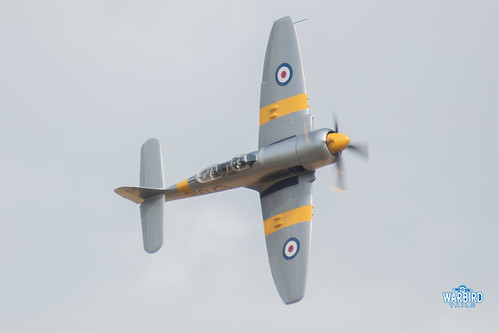 It will come as no surprise that if you’re looking to build up a warbird broking business, Duxford is always going to be an early port of call. This was where Rob went to get to know the industry and the market. It was on a visit to Duxford that Rob met Ian Jones, owner of long-time Duxford resident Yale 3349. Ian had decided it was time to put the Yale up for sale and, impressed with Rob’s business, agreed to work with Rob for the sale.

As time went on Ian became more involved with the business and has now joined Rob and Eagles 11 as a broker. 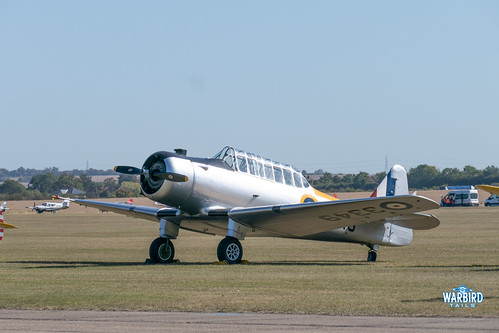 Ian had another one of those familiar back stories, having grown up around the WW2 bomber bases of East Anglia, a passion for all things WW2 was inevitable. Ian learnt to fly in 2012 with the key aim of starting to fly warbirds. He got his licence in 2015 and quickly purchased a Yak-52 to learn aerobatics as well as getting his tailwheel conversion and amassed 160 hours before flying the Yale.

The first aircraft to be put up for sale through Eagles 11 was Ian’s Yale. I spent some time speaking with Ian about how he came to aquire the Yale and what its like to own and operate. 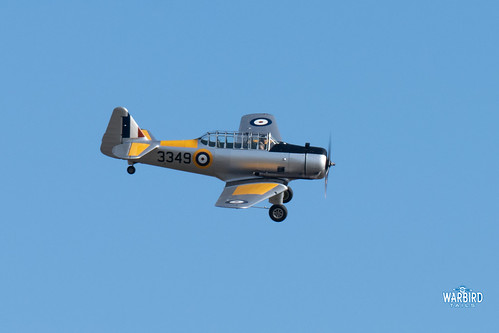 Being a Duxford local Ian too went to Duxford to look around a Stearman that was for sale (and is again, through Eagles 11 today) but got distracted by what he initially thought was a Harvard in behind. At that time the Yale had been sat at Duxford for many years. Despite having been restored in the early 2000s it was incredibly low time and the engine only had one hour since overhaul. 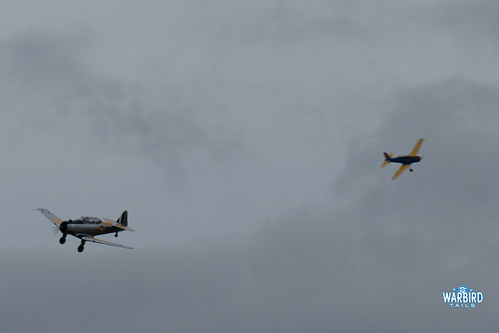 With only a handful of Yales airworthy around the world and this being the only example in Europe, Ian was instantly interested. It is an impressive machine with the stature of the Harvard yet added rarity and it certainly ticked the World War 2 box that Ian was looking to cover. Three months after that initial viewing a deal was reached and Ian bought the Yale in October 2018.

After buying the Yale Ian spent time with Neil Oakman early in 2019, initially flying the Chipmunk for a few hours before progressing up to the Yale. Describing his first trip he commented that sitting in the Yale is “quite overwhelming” as it is “quite a big lump once you are in”. He was straight in the front seat for those first flights and like any other machine, the checklist is an important part of the process. 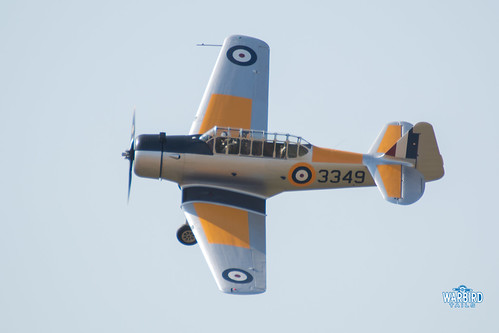 As is common with Radial engines, the start up and warming process is quite long winded with the Whirlwind 1 engine needing about 15 minutes to get up to temperature. Care has to be taken throughout any flight in the Yale to keep the RPM below 2,200 as the Whirlwind is not as forgiving as later radials, being an earlier generation than the more common Harvard, for example. The Whirlwind provides 420hp, which is enough to maintain 140mph which is not dissimilar to the Harvard, while burning 30 gallons of fuel per hour. 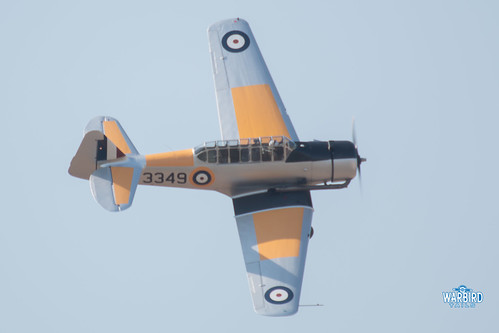 Back in the cockpit, take off is described as straightforward aside from requiring “quite a bit of rudder” to counteract the tourque caused by the propeller up front. Ian commented that he found this easier than some of the lighter tailwheel machines he’d flown. Again, care must be taken to keep the RPM below 2,200. The propeller is another interesting feature of the Yale, with only two pitch options, like having “1st gear and 5th gear”. This is part of the reason that the Yale is so much louder than you might expect, generally more so than the Harvard. It is for this reason that Ian has learnt to make sure the prop setting is changed once above 300ft, much to the joy of Duxford locals! That being said isn’t making noise half the fun of owning a warbird? 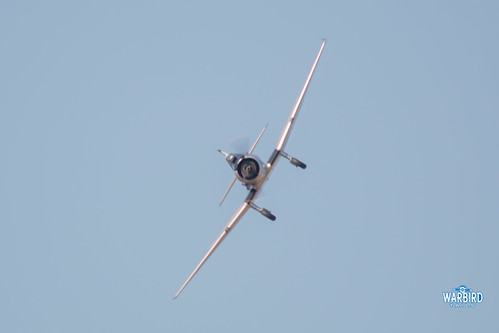 Once in the air its a case of managing airspeed and RPM again but otherwise the Yale handles well. Though not allowed to under CAA restrictions, the Yale would be capable of basic aerobatics. In UK skies it is limited to flat displays with wingovers bringing a dynamic element to any display flying.

The Yale does have a reputation for a nasty stall but Ian hasn’t experienced this. So long as the stall is entered from level flight there is just “a little wind dip, but not much”. If the stall is entered with either wing low, then a more “interesting” stall will follow. Rejoinng the circuit at 1,000ft its time to start lowering the flaps, a little “onerous” as on a manual wheel for operation. Finals speed is 80mph before flaring into the landing. 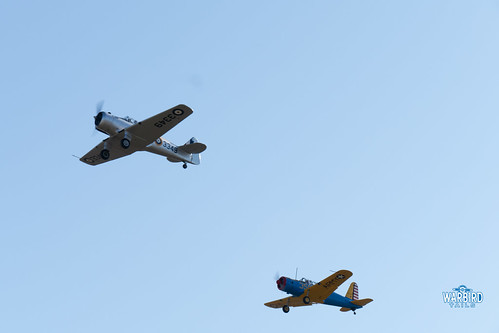 2019 saw the Yale make its first UK airshow appearances since returning to flight over a decade ago which was a joy to say. Having almost grown up with this aircraft being moved from hangar to hangar at Duxford I really enjoyed seeing it display at Little Gransden and at Duxford late last season. 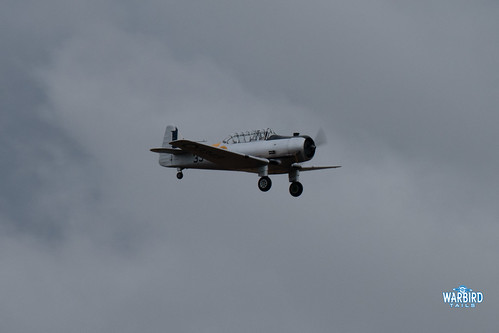 Since converting on to the Yale Ian has put over 30 hours in on the type and is hoping to work up to display the Yale himself in 2020 (2020 airshow season pending of course). He also hopes to continue his conversion on to the Harvard in the coming months. 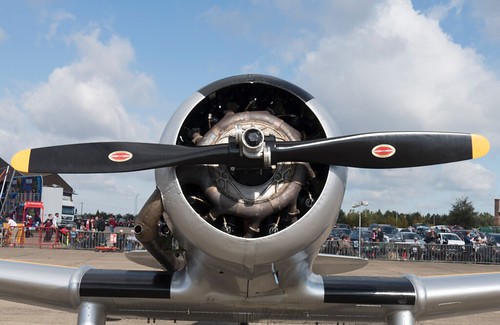 Once the Yale sells, Ian hopes to carry on his development with another aircraft of similar vintage being the aim.

Since adding the Yale to the company inventory Rob was introduced to the Aircraft Restoration Company and is now a broker for their aircraft sales. This led to Shaun Patrick’s wonderful Sea Fury T20 G-INVN being added to the list. 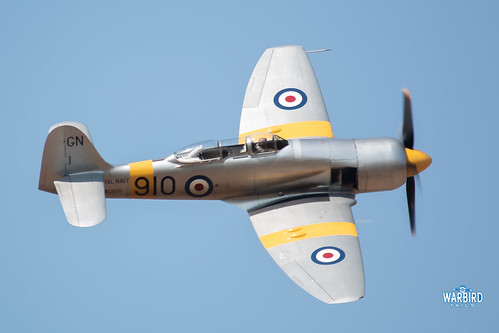 This aircraft will be familiar to many Duxford regulars as it was operated for many years by the Fighter Collection, initially in the early 2010s with the original Bristol Centaurus and again in early 2018 following a conversion to the Pratt and Whitney 2800. Since then it has made countless impressive displays in the hands of such great pilots as Nick Grey, Lars Ness, Eskil Admal and Stu Goldspink at airshows all over Europe. 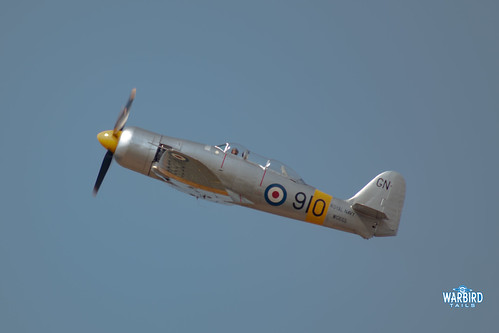 With more and more Centaurus Sea Fury/Fury’s in the skies we can appreciate these impressive conversions all the more. This machine in particular, with the mighty Grumman Guardian propeller up front looks and sounds incredible, giving those who watch it display a small taste of what Reno must be like. 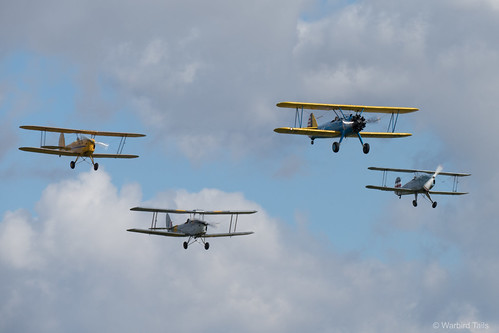 New to the inventory this week is long-time Duxford resident Stearman G-DINS. This aircraft has been a popular performer at Duxford and around the UK, most recently displaying at the September show and October showcase events. It boasts both low airframe and engine hours and represents a great example of the type.

Rob and Ian are committed to developing and changing the warbird broking market. They are two men that have grown up with a love for flight and historic aircraft and want to share that passion. They believe there is a great market in Europe for a dedicated warbird broker and want to build something special.

For more information or to discuss the inventory or anything else, please take a look at Eagles 11’s website – https://www.eagles11.com.