In the first few weeks of this series I focused on particular routines or roles in the Flying Legends displays over the years and how they have evolved and change over the shows 20 plus year history. 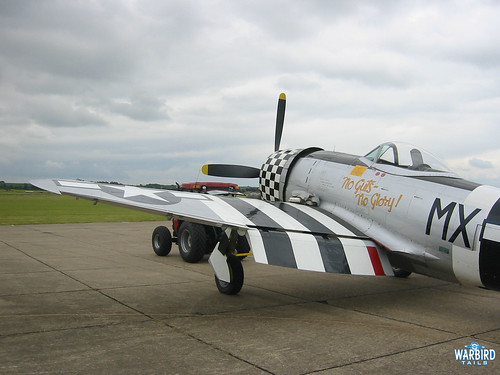 Today I wanted to focus on one airframe that has been hugley important not only to Flying Legends and Duxford but also the UK airshow scene in general. This airframe has also managed to have extended periods in the UK and at Flying Legends with a gap of many years, a feat not achieved so far with any other machine (aside from Princess Elizabeth’s shorter run, flying at 1997, 2005-2007 and 2013). 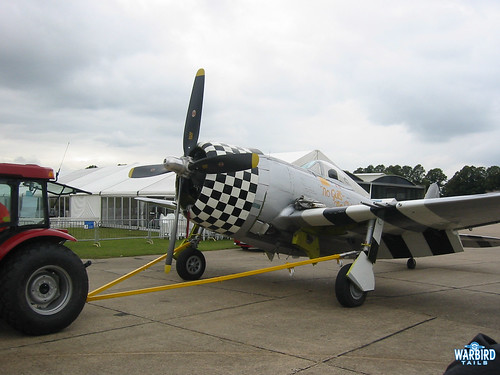 P-47D Thunderbolt 45-49192 rolled off the production line at Republic’s Evansville plant in 1945. From there it went to a training squadron before entering storage and being sold off in 1953. After a further period of time as a trainer, the airframe returned to open storage again at Piura Air Base until 1969. It was then bought by Vintage Aviation International and registered as N47DD, eventually flying again in Texas in 1972. After some time in California and Kansas, the Thunderbolt returned to Texas, eventually suffering a landing accident in Tulsa in 1980. Restoration work began shortly afterward and passed through a number of owners before Stephen Grey’s Fighter Collection acquired the project in 1984, being completed by Fighter Rebuilders at Chino. 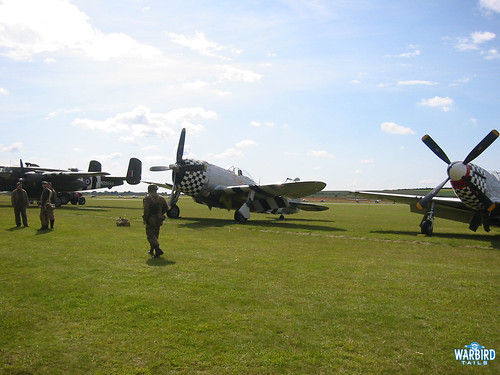 The Thunderbolt flew again in 1985 and arrived at Duxford in January 1986. It was on arrival at Duxford that this aircraft gained one of the most iconic paint schemes for an American warbird, the classic chequerboard scheme of the 78th Fighter Group. “No Guts, No Glory” became an icon for anyone visiting Duxford in the 1990s and early 2000s. Once in the UK the aircraft also took on the registration of G-THUN. 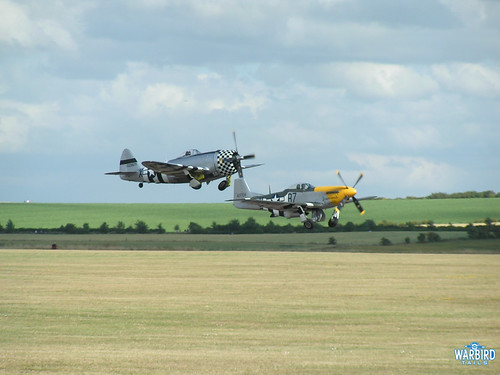 As can be seen from the dates above, “No Guts No Glory” was a key participant in Flying Legends from the start. The Thunderbolt’s part in the Legends programme typically paired up with the B-17 slot, often performing a solo display over/around the bomber as it repositioned. Many different pilots flew the “jug” at Legends over the years, with Stu Goldspink being a name that is undoubtedly tied in to the the type, often citing it as his favourite machine. 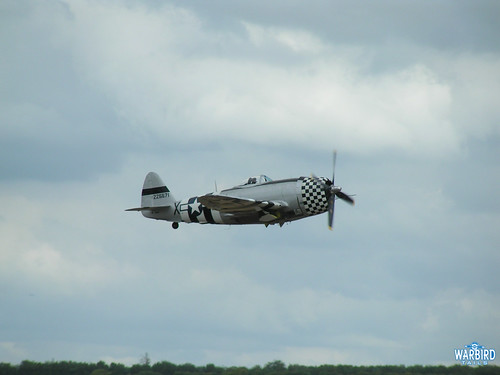 Duxford regulars could have been forgiven for taking the Thunderbolt for granted, myself included. It had always been present throughout my time attending airshows and was very much part of the furniture, much like the wonderful Tigercat. It was a shock then when both machines performed at Legends for what was expected to be the last time in 2006. Over the winter/early months of 2006/2007 both aircraft returned to the states. G-THUN became N147PF and initially moved to Delaware before moving to New Jersey. The aircraft would stay in the states in airworthy condition until early 2018. 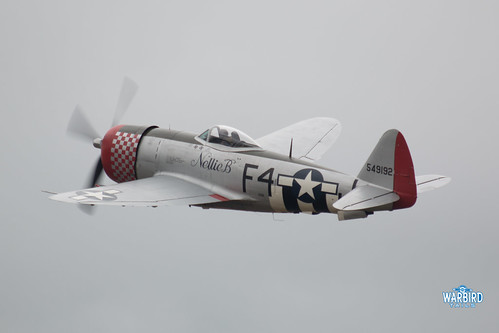 In 2018 the exciting entry on the CAA register saw that the familiar G-THUN registration was being brought back into service and the the Thunderbolt would be returning. It quickly became apparent (as the familiar “No Gut, No Glory” was pulled out of a container) that it was to join the Anglia Aircraft Restorations fleet at Sywell. Before flying again in this country a change of identity was due, with a repaint to the red and silver chequerboard scheme “Nellie” (later changed to “Nellie B”). While a disappointment to many who were so familiar with “No Guts” it was great to see a new scheme and it has given the aircraft its own identity on the airshow scene. 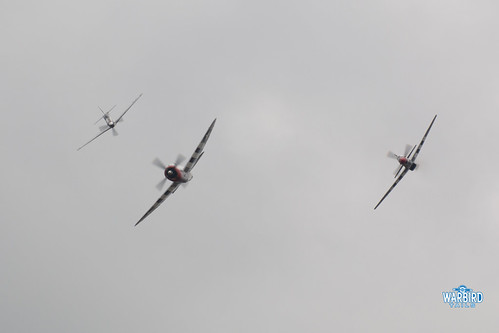 Alongside many other appearances in the first year back on the scene, G-THUN’s Legends re-debut was fittingly flown by Stu Goldspink over and around B-17 “Sally B”. Watching the might Thunderbolt sweeping low across the field or pulling up into an 8-point roll was like going back in time. Though it hadn’t been that long since the razorback P-47 “Snafu” had been in the UK, it never cemented the same connection as “No Guts” had.

2019 saw the Thunderbolt take centre stage of Legends as part of the exciting Ultimate Fighters routine, which saw Jon Gowdy fly lead with a Spitfire, Mustang and Buchon flying formation aerobatics alongside. The latter half of this routine involves the Thunderbolt leading the Mustang through a wonderful high energy aerobatic routine. Later the Thunderbolt also led a tail chase of two Mustangs on the close Duxford display line, which really highlights the Thunderbolts incredible momentum and speed. 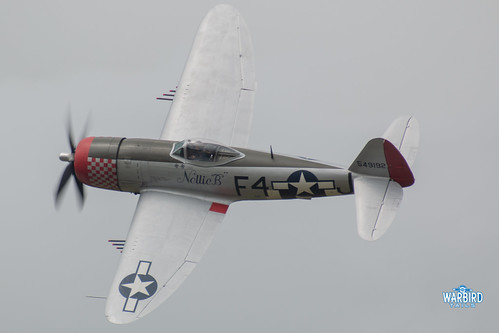 There you have it, a very much potted history of a wonderful warbird but a great opportunity to share some pictures of old Legends and hopefully jog some great memories of Legends past.