A look at two special ‘Legends visitors for this weeks instalment then. Previous posts have looked at visitors from the states and some Russian types that have performed at the show. This week it is the turn of two European machines. One was a one off visitor and the other attended many shows at Duxford over the years until its retirement (for now) in 2010. 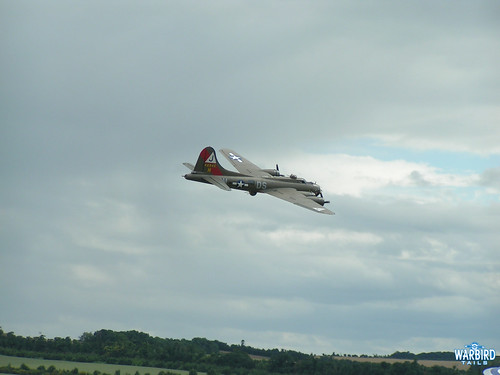 B-17G (F-AZDX) “The Pink Lady” was a regular on the European airshow circuit since joining the French civil register in 1989, around the time of the Memphis Belle filming, which this aircraft took part in. This would have been one of the aeroplane’s earliest visits to Duxford. 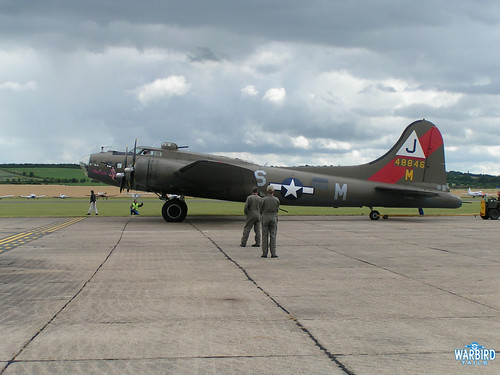 Throughout the 1990s and 2000s The Pink Lady was a welcome common sight at Flying Legends, particularly in those years where Sally B was unserviceable. It is hard to believe now but it has almost become routine watching a second flying B-17 appear on the horizon and lining up to land on the Friday before the show. This airframe was also flown in fine style too, particularly alongside visiting B-17 “The Liberty Belle” in 2008. 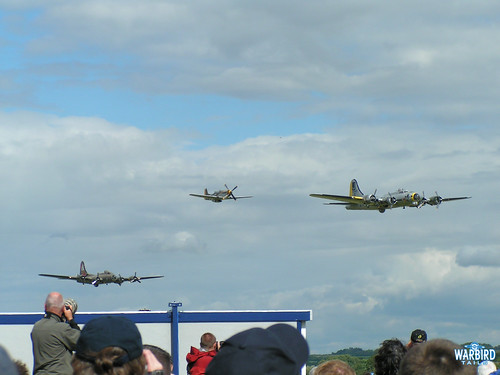 After years of regular operation on the airshow scene, ‘Pink Lady flew the short hop from Melun to La Ferte-Alais in March 2010 and has not flown since. Insurance issues together with crew retiring resulted in the aircraft being put into storage, though it is hoped that the aircraft will fly again, perhaps to coincide with the 100th anniversary of VE day, which would be a momentous sight. It is kept in fine condition hangered at La Ferte and can be seen each year as part of their annual show. 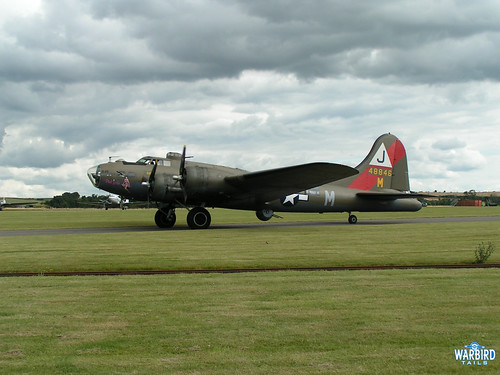 The other B17 isn’t what you will have expected! The wonderfully eccentric SAAB B17 Dive Bomber was a great surprise start at ‘Legends 2005 with its distinctive undercarriage fairings and incredible performance. I remember watching in awe as this seemingly low speed dive bomber ran in and performed a loop in front of me. 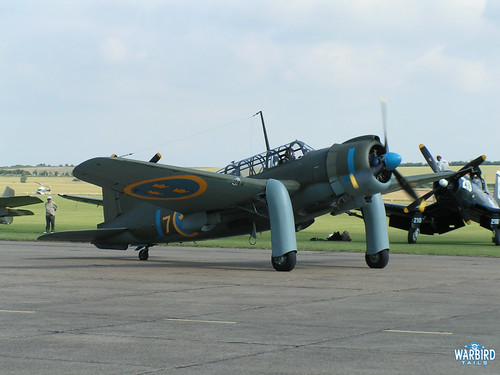 I certainly don’t recall the SAAB’s participation being advertised before, but could be wrong about the full “surprise” factor but it was certainly a great inclusion, even more so given it was its only appearance at the show. I believe shortly after this appearance it was decided to keep the B17 within Sweden to look after the engine hours. 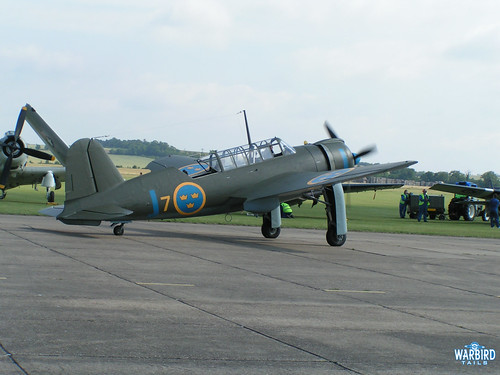 Another great pair of unique machines that may share the same designation but that is certainly where the resemblance ends! I hope that one day we might get the chance to see one or both of these aeroplanes back at Duxford at some point in the future.